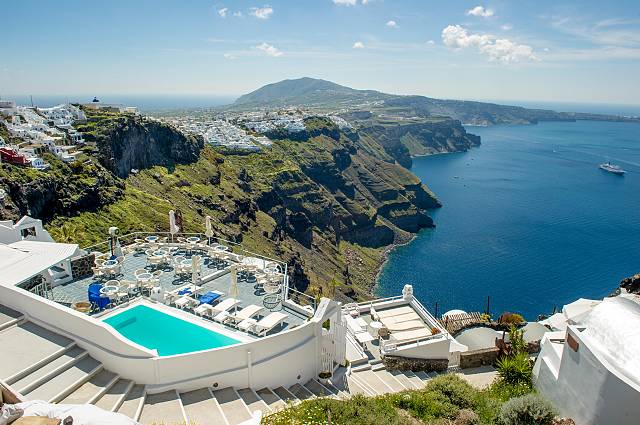 Total Hotel real estate investment in Europe reached €23.3bn in Q3 2019, a decrease of 30.6% on the same period last year and a decline of 6.7% year-on-year, according to the latest data from global real estate advisor, CBRE. This decline has principally been driven by the lack of stock in the market.

The UK remained the primary destination for Hotel investment in the region, capturing 27% of capital deployed, however there has been a notable absence of large deals throughout the UK in the last 12 months. Investment volumes in the UK were down 11.3% on the same period last year and 12.1% year-on-year.

Hotel investment volumes in Italy increased substantially, up 72.9% year-on-year in the 12 months to Q3 2019, however volumes were down 20.2% on Q3 2018. The Belmond transaction and acquisition of a 15-hotel portfolio by Oaktree in Q2 2019 helped to elevate Italy into the third most invested European hotel market. A number of single asset deals, including the forward sale of NH CityLife, suggests that there are greater levels of liquidity in this market. Active institutional buyers are reinforcing the shift of the Italian hotel market from opportunistic to core, according to the report.

France benefitted from 15 deals throughout Q3, resulting in a 72.1% increase in the transaction volume based on Q3 2018. Hotel transaction volumes for the 12-months to Q3 were €2.6bn, reflecting a year-on-year increase of 47.0%. The Novotel Paris Centre Gare Montparnasse was the largest single asset transaction, however the sale of provincial properties and nationwide portfolios accounted for 79.4% of the total Q3 investment volume.

Germany regained its position as Europe’s second most invested hotel market, despite investment volumes being down 18.2% year-on-year in the 12-months to Q3 2019 and down 30.1% on the same period last year. Over the quarter, hotel yields for the ‘Big Five’ German cities decreased by 25bps across all operating structures. Pressure remains on German property yields given strong investor demand, a shortage of stock for sale and the low interest rate environment.

Yields have been decreasing quite considerably for city centre hotels, which has subsequently driven investors to also look at resorts, which are becoming one of the most sought-after property types in the Hotel sector. Key resort deals in 2019 have comprised two Italian properties; Capri Palace selling for €105.0m to Dubai Holding (Jumeirah) and Hotel Le Ginestre selling for €32.0m to Enma Capital.

Paul Kapiris, Director, Head of Cross Border Hotels Investment Properties at CBRE commented: “Despite the overall decline in European Hotel investment volumes, investor interest remains strong, particularly in Spain, Italy the Netherlands. The lower number of large deals have contributed to this fall in volume, however we are seeing increased interest in resort markets as they are now proving attractive to more traditionally conservative capital, who have become more comfortable with leisure markets in their hunt for higher returns.”