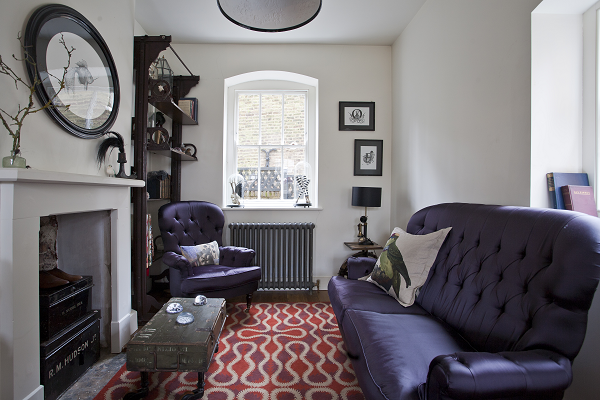 Research from the game-changing property platform, Boomin, has revealed that the value of the nation’s spare rooms is estimated at at least £791.5bn, and that’s just those of us that admit to having two or more.

Boomin’s research found that 50% of us have one spare room within our homes. This spare space is currently valued at £42,000 per room in the current UK market, the equivalent value of 1.3 Bitcoins or just over the average annual London salary.

However, statistics from the English Housing Survey by the Office for National Statistics show that 38% of homes in England are under-occupied – meaning they have two or more spare rooms. With 24.7m homes across England, that’s 9.4m homes boasting two or more rooms that are largely surplus to requirement.

Boomin estimates that, even at just two spare rooms in total, the current value of this spare space is a staggering £791.5bn – and that’s without counting those with just a single spare room.

To put that wasted value into perspective, £791.bn is more than the entire GDP of Mexico and enough to purchase 9,062,761 brand new Porsche 911s.

London again ranks top where this total spare room value is concerned, with the capital accounting for an estimated £211.2bn worth of spare rooms value, with the South East (£1.65bn) and East of England (£102.2bn) also exceeding £100bn.

One way to get your spare room generating value rather than wasting it is via the government’s rent a room scheme. This allows you to generate rental income up to a maximum threshold of £7,500 per year without paying tax. That’s £625 per month in rent for a room you may otherwise rarely use.

“Many of us have a spare room and during the pandemic, they’ve been used as home gyms, offices, art studios and more, as we’ve tried to maintain some sense of normality both professionally and personally.

However, for many of us our spare room or rooms will generally sit untouched besides the odd visit from friends or family and they tend to double up as an overflow storage space for our old clothes, kids toys or other obsolete household items.

This is quite amazing when you consider that this underutilised space is worth over £40,000 per room and it certainly begs the question as to whether some homebuyers could save a considerable sum by being more realistic about how much space they actually need, compared to how much they would like.

Alternatively, the government’s rent a room scheme provides the potential to generate some additional income from your spare room and you could earn up to £625 a month tax-free.”