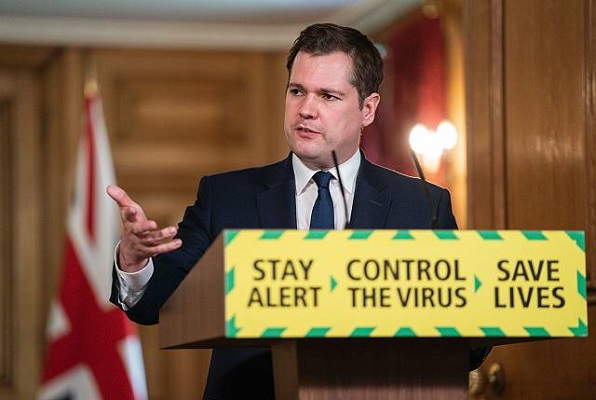 The government have announced an extension to the eviction ban for four weeks. Evictions have been banned since mid-March to protect renters who have been financially affected by Covid-19.

The ban was originally set to last for three months, but was extended for a further two in June. Courts were due to begin hearing rental property repossession cases again from 24 August.

Labour leader Sir Keir Starmer described the move as an “11th hour U-turn”, adding that “such a brief extension means there is a real risk that this will simply give renters a few more weeks to pack their bags.”

Housing Secretary Robert Jenrick said, “I know this year has been challenging and all of us are still living with the effects of COVID-19. That is why today I am announcing a further four-week ban on evictions, meaning no renters will have been evicted for six months.

“I am also increasing protections for renters – six month notice periods must be given to tenants, supporting renters over winter.

“However, it is right that the most egregious cases, for example those involving anti-social behaviour or domestic abuse perpetrators, begin to be heard in court again; and so when courts reopen, landlords will once again be able to progress these priority cases.”

Ben Beadle, CEO of the National Residential Landlords Association (NRLA) said, “A blanket extension is unacceptable, especially so close to the deadline.

“An enormous amount of work as gone into finding a balance between supporting tenants who have been affected by the pandemic and preventing significant financial harm to landlords, in accordance with the Government’s promise. This announcement satisfies no-one.

“Landlords have been left powerless in exercising their legal right to deal with significant arrears unrelated to Covid-19, antisocial behaviour and extremely disruptive tenants who make life miserable for their neighbours and housemates.

“Private landlords cannot be expected to foot the bill for government failure. There must now be a plan to support households to pay their bills and to compensate landlords fully for their lost income.

“Only this will give both tenants and landlords security and reduce the risk of widespread tenancy failure.”

Oli Sherlock, head of insurance at Goodlord said, “Extending the evictions ban to 20 September is simply kicking the can down the road. It’s helpful for neither tenants nor landlords. Arbitrary extensions simply delay the issue instead of addressing it and this announcement doesn’t seem to have come with a strategy attached.

“There are tenants who will have arrears building up – leaving them with huge amounts of personal debt for every month they are unable to pay their rent. At the same, landlords are becoming increasingly anxious about meeting their mortgage commitments or accessing what is often their only source of income. Both groups need more support. If we don’t use this extension wisely to come up with a better, more robust plan, we’re just compounding the issue.

“The vast majority of tenants and landlords have been communicating effectively throughout this period and making concessions wherever possible to keep people in their homes. But with situations becoming more difficult for many, we need a better system to meet these new housing challenges. The Government needs to introduce greater financial support for renters and create new routes to get them into more affordable homes.

“And they need to strengthen the safety net for landlords who themselves are being financially impacted by the evictions ban. Given the multitude of challenges landlord’s have faced in recent years, this decision will do very little to attract new landlords to the market – something which is desperately needed to meet increasing demand for quality housing for renters.”

Alex McMahon, a housing lawyer dealing with evictions at London law firm Osbornes Law added, “It is extraordinary that the government has made this extension to the evictions ban at the last minute and shows the shambolic way they have dealt with this issue.

“While many thousands of people facing eviction will be breathing a sigh of relief, this last ditch extension hardly fills me with confidence that the government has properly considered what to do about this pressing issue.

“The simple fact is that the law needs to be changed around evictions to prevent thousands of people being kicked out of their homes this winter. Under the current law, if a landlord relies on Ground 8 rule judges have no discretion over whether they grant possession orders if the tenant is two months or more in arrears. Judges need to be able to take into account the impact of coronavirus on housing cases, but at the moment they can’t.

“Section 21 ‘no fault’ cases also need to be abolished to protect tenants. I hope the government uses this month to take specialist advice about the true impact of evictions this winter and make changes in the law to prevent this from happening.”