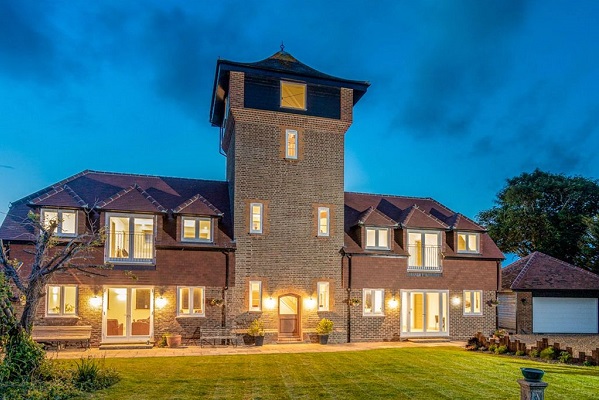 Competition to win ‘Painter’s Keep’ a £1.25m home has been extended

Peter Pearce, the owner of Painter’s Keep, has extended the deadline for the chance to win a £1.25m four-bedroom home, nestled close to Goring-by-Sea. Peter Pearce, the owner of Painter’s Keep, has extended the deadline for the chance to win a £1.25m four-bedroom home, nestled close to Goring-by-Sea. This home fit for the stars on millionaires’ row is located within the stunning seaside location of East Preston and within it sits the exclusive private estate of Kingston Gorse. Earlier in the year, Peter decided to sell his home as part of a prize draw to support two local hospices, Chestnut Tree House (a charity providing hospice care for children and young people based in Sussex) and St Barnabas House (a charity providing palliative care to adults in the Worthing area). The tickets went on sale on the 20 July, hoping to raise at least £150,000 for these charities. With no limit on the number of tickets purchased, the general public also had the opportunity to increase their chance of winning by earning additional ‘free tickets’ and a £10,000 prize, simply by sharing the link they received in their ‘thank you for entering email’. Pierce said, “I decided to launch the once-in-a-lifetime prize draw after seeing a crisis appeal from the hospices earlier this year. As we have all experienced, in one form or another, the Covid-19 pandemic has had a hugely detrimental impact, not least to the fund-raising on which charities rely heavily and this was my way of helping to plug that shortfall.” He added, “I’ve been overwhelmed with the response to the prize draw since July and I’m grateful to the general public for buying tickets and referring friends and family members! However, whilst we’ve had great success so far, we haven’t yet sold enough tickets to award the house and I’ve therefore decided to extend the deadline until Midnight on the 1 November. “I know that people want the house to be awarded and that’s always been my aim too, so I feel it’s only right to give people that opportunity.  I won’t extend the closing date again so please buy tickets so that we can raise £150,000 for charity and make someone the new owner of Painter’s Keep.  Good luck to everyone.” The Painter’s Keep draw was due to take place on Thursday the 10 September, over a live stream on Facebook and Instagram. Peter planned to announce the winner of the property or the cash prize and the £10,000 referral prize, however, the general public now has an extra eight and a half weeks to enter before the extended closing date.

To get your ticket and find out more click here.