Home Commercial Property Can the government provide solutions in the short-term lets market? 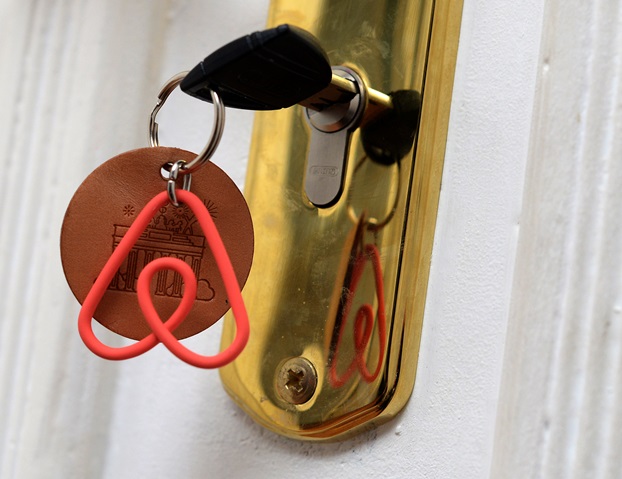 Can the government provide solutions in the short-term lets market?

The short-term lets market has been hit particularly hard by the current crisis and as the government considers regulating the sector, the rental industry will be paying close attention to the discussions this month.

Despite the disruption, short-term lets are fully expected to bounce back in the coming months – making now a good time to consider its future.

At the end of May, the House of Commons Library published a 46-page briefing document discussing the calls for greater regulation of short-term lets.

Airbnb, the best-known short-term lets platform, contributed to the briefing – and also plans to present a white paper of recommendations to the government later this month.

The document reiterates the government’s position that it has no plans to ban the use of residential property for short-term lets.

It adds that further legislation would be overly bureaucratic and could act as a barrier to households letting out their properties on a short-term basis.

Instead, the government says it prefers a ‘non-regulatory approach’ to encourage improved standards and promote best practice in the industry.

Whether this is workable will be a matter of intense interest and debate in coming months, says Neil Cobbold, Group Chief Sales Officer at PayProp. And given the rapid growth of the sector before Covid-19, agreeing on a clear approach now – whether regulatory or non-regulatory – may help to avoid tougher decisions later.

Before the Covid-19 pandemic struck, the short-term lets sector was growing quickly.

By March 2020, there were 88,100 Airbnb listings in London alone – almost five times higher than the number recorded in April 2015 – according to an analysis by campaign organisation Inside Airbnb.

Cobbold says: “The rapid growth of the short term lettings sector has encouraged calls that it should be regulated, which is understandable considering the level of regulation in the traditional private lettings market.

“Despite the government’s opposition to formal regulation, the briefing document indicates its acceptance that the future of short-term lets needs to be discussed, which is positive in itself.”

“Debate around the questions raised in the briefing paper could lead to new solutions for some of the issues around the sector, while still allowing it to thrive.”

The government’s briefing paper outlines both the benefits and concerns around the growth of short-term lets.

Benefits include the tourism boost short-term lettings can provide and the options for landlords or property owners with empty properties.

On the other hand, the paper points out a lack of taxation compliance by short-term landlords, the impact on local housing markets, and health and safety issues.

Cobbold explains: “The issues raised by widespread short-term lets are well-documented. However, the financial benefits for local economies and landlords are hard to ignore.”

“Finding a balance that recognises the value of short-term lets while minimising the impact of the issues they cause will be crucial to the sector’s long-term success.”

Cobbold suggests that one of the key issues the government may confront this month is that there is currently no single source of regular data on the short-term lets market.

He explained, “Airbnb is the most used platform, but there is a range of other websites out there. Better and more consistent reporting of short-term lets data would make it easier to track growth and trends.”

Another issue that could be discussed is annual limits on short-term lets. Currently, properties in London can only be let on a short-term basis for 90 nights per year, while there are no restrictions across the rest of England.

Cobbold added, “It’s been reported that the 90-day rule in London is flouted regularly, so its effectiveness needs to be reviewed. What’s more, as the popularity of short-term lets grows in other cities across the country, similar limits may need to be considered elsewhere.”

Finally, he says that the results of Airbnb’s consultations with stakeholders on a registration system for short-term rentals – as well as their planned white paper – could be crucial to the future of the industry.

Cobbold concluded, “Implemented effectively, a short-term lets registration system could help the sector to professionalise without introducing too much red tape.”

Why Airbnb needs to evolve to live up to the...

Airbnb to float on the stock market

London’s Airbnb’s more expensive than Paris and New York on...