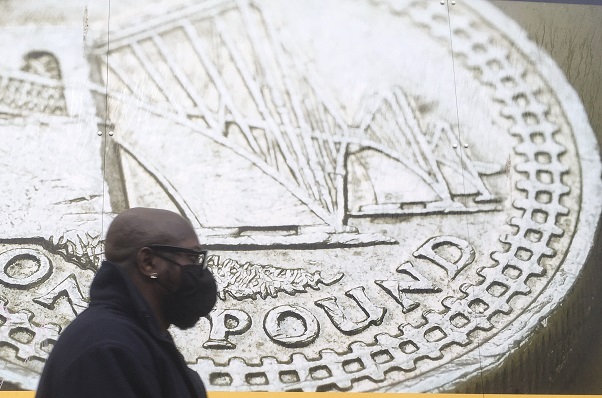 Data released this morning by the portal show that demand has fallen to levels normally associated with Christmas as new buyers sit on the sidelines, watching the outlook for mortgage rates and what the economic headwinds mean for jobs and incomes.

New buyer demand is almost half the level a year ago when market conditions were stronger, mortgage rates lower and there were fewer cost-of-living pressures on household budgets.

New sales are still being agreed upon by those with mortgage offers and the motivation to move e.g. would-be first-time buyers facing steep rent rises and older households less reliant on mortgage finance to fund a move.

Zoopla says that sales volumes are down 28% from a year ago and on par with the pre-pandemic period, as the market transitions from unsustainably strong to a more balanced one, albeit with demand-side headwinds for households most sensitive to higher mortgage rates.

Sales volumes are down by almost half in areas where market conditions have been strongest in the last year and where higher borrowing costs are hitting demand. This is typically the mid to upper price bands in southern England (excluding London), the East Midlands and Wales.

The decline in sales volumes has been smaller in more affordable markets e.g. Scotland and the North East. Sales in London are also holding up better than the national average but the capital’s housing market has been far more subdued, lagging behind the rest of the UK.

The fallout from the mini-budget has clearly delivered a shock to sellers and buyers. New sales have been more resilient than some may have expected.

Committed buyers and sellers continue to bring homes to the market and agree on deals, although these are fewer in number and harder to negotiate and hold together over the buying cycle. Fall-through rates are higher but not unmanageable for agents. Data shows that one in 15 homes formerly sold is returning to the market after the original sale has fallen through.

All the leading supply and demand indicators measured continue to point to a rapid slowdown from very strong market conditions with little if any evidence of forced sales or the need for a large, double-digit reset in UK house prices in 2023.

Zoopla’s measure of annual UK house price inflation has slowed to +7.8%, with the portal saying that it has recorded the lowest quarterly rate of growth (0.7%) since February 2020, as weaker demand and a drop in sales feed into measures of annual house price growth.

At this stage, none of the major city or regional level indices are recording price falls over the last three months. What is clear is a major loss of momentum in the rate of quarterly price inflation across all areas including major cities. UK house price growth is heading to 0% and is likely to move into negative territory during 2023.

Over the last few weeks, there has been clear evidence that buyers are starting to get bigger discounts from sellers as sales are agreed. Valuation data from Hometrack also shows that the gap between the first asking price and the agreed price has started to widen in recent weeks.

The strength of the post-pandemic market resulted in buyers having to pay, on average, 100% of the asking price or higher on some occasions for much of 2021 and 2022. The average discount to achieve a sale has widened to 3% in recent weeks. Historic data shows that discounts to asking prices in the region c.5-7% are consistent with annual price falls.

Discount is expected to widen further as we move to more of a buyers’ market. The positive is that strong house price growth has given sellers more room to negotiate on the asking price. The prospects for 2023 really depend on how willing sellers are to adjust asking prices in line with what buyers are prepared to pay

Looking ahead, Zoopla says that they expect 2023 remain the same as per their previous report, with headline house price falls of up to 5%, concentrated in the high-value markets that are most sensitive to higher borrowing costs. Additionally, a decline in sales volumes over 2023 to 1m sales is also forecast. A broader range of needs-based drivers is supporting home moves in a market that have become less reliant on high loan-to-value mortgages as an important component of enabling home moves. This is an important and under-reported shift in the housing market over the last decade.

Matthew Thompson, Head of Sales at Chestertons, says: “Despite economic uncertainty, buyer demand was undeterred as our branches registered the same volume of enquiries as in October 2021. This shows that, compared to the national picture, London’s property market has its very own rhythm and remains a key destination for buyers and investors alike.”

“Whilst buyers appeared highly motivated, many would-be sellers waited for more economic and political certainty before putting their properties on the market. Chestertons noticed a 34% drop in the number of market appraisals carried out in October compared to September. This pause for breath, warns Matthew Thompson, is “likely to cause a shortage of new properties coming onto the market in the New Year.”

Emma Cox, MD of Real Estate at Shawbrook, comments: “With the UK now officially stepping into a recession, the housing market faces continued uncertainty, requiring homeowners and prospective buyers to remain vigilant of any changes to mortgage rates and house prices.

“While financial measures introduced in the mini-Budget and the Autumn Statement have helped lenders to drive down mortgage rates, borrowing costs remain at an all-time high, contributing to the OBR’s anticipated 9 per cent drop in house prices by 2024. The extension of stamp duty changes introduced in the mini-Budget should continue to incentivise prospective buyers, however, further incentives will be required to support those facing increasing financial pressures.

“As a significant number of first-time buyers are making the decision to delay their purchases in this climate, it’s likely we’ll begin to see signs of the market slowing down, but this may turn around as mortgage rates and house prices become more favourable down the line, and stability returns to the market.”