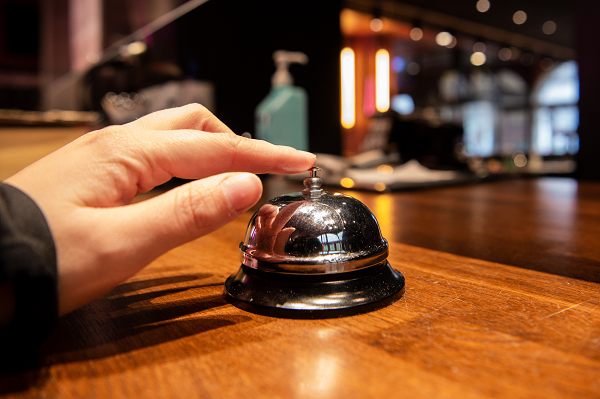 Research by hotel booking platform, hoo, has found that the cost of staying in one of the UK’s most haunted hotels this Halloween will set you back 97% more per night compared to the average hotel room.

hoo analysed the cost per night for a hotel room in 10 of the most haunted hotels in the UK and found that on average, a scary stay will set you back £204 per night. This comes in 97% higher than the average cost of a hotel in the wider area at £103 per night.

At the top of the table is the Langham Hotel in Westminster, considered one of the most haunted places in the nation. At £500 per night, the cost of staying at the Langham this Halloween is 274% higher than the average cost of a Westminster hotel (£134).

The Jamaica Inn in Cornwall is also one of the most expensive haunted hotels for a Halloween staycation. The 18th-century coaching inn was the setting of Daphne du Maurier’s novel of the same name and is thought to be rife with paranormal activity including creepy Cornish voices, apparitions and the sound of footsteps coming from empty rooms.

Ettington Park Hotel in Stratford-upon-Avon ranks as the third most expensive Halloween hotel. At £266 per night, it costs 153% more than hotels in the wider area but you do get to share your stay with a variety of paranormals, including the spirit of an elderly lady and an army officer. One room has even been fitted with an emergency cable should they be too active for your liking.

North of the border, Edinburgh’s Dalhousie Castle ranks as the most expensive location for a Scottish Halloween haunt. The 13th-century castle is thought to be home to the ghosts of Lady Catherine and Sir Alexander Ramsey and the cost of bunking up with them this weekend comes in at £207 per night – 77% more than the average hotel cost in the wider area.

If you’re looking for a fright in the South, Eastwell Manor in Kent and the Mermaid Inn in East Sussex are two of the top haunted locations available for a booking. However, they each come in 69% and 61% respectively more expensive than the average cost of a hotel in each area.

Ballygally Castle is Northern Ireland’s haunted hotel spot, costing 49% more per night, while Ruthin Castle in Wales will set you back 36% more and the Golden Fleece Inn in Yorkshire will see you pay 13% more.

Just one hotel on the list offers a cost-effective option for a Halloween stay and that’s the Bell Hotel in Norfolk. At £51 per night, it comes in -40% cheaper than the wider cost of hotels in the area.

hoo Co-founder, Adrian Murdock, commented: “It’s no secret that a stay at some of the best hotels in the nation can be frightfully expensive but it seems that you’ll also pay a pretty scary premium to stay at a haunted hotel this Halloween.

Usually sharing a room helps to bring down the cost but in this case, bunking up with a paranormal partner will see you pay double the average room rate. When you couple this with the fact they’re unlikely to split the bill then it does start to get a bit scary.”

Pet friendly renting the most common feature of today’s build...

CBRE advises Aviva Investors on the sale of UK public...

The best areas of the property market for...