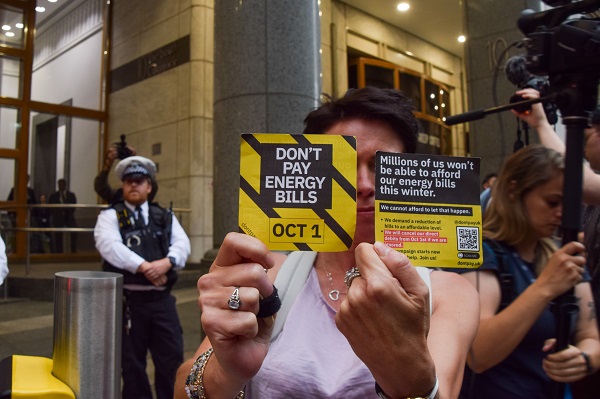 £750 bills gap between the most and least energy efficient homes

According to the research from Kingfisher, owner of B&Q and Screwfix, households living in the two-thirds of homes in England and Wales rated Energy Performance Certificate D or below will face an average bill increase of £1,730/yr when the energy price cap rise comes into effect in October.

This compares to an increase of £982/yr for those in the third of homes that meet the Government’s target energy efficiency rating of C or above – a stark £748 gap.

Households in Wales, Yorkshire and the Humber, and the West Midlands, three of the regions with the highest poverty rates, are set to be hardest hit due to having the least energy efficient properties, while Londoners have the most energy efficient housing – posing a further challenge for the levelling up agenda.

A survey by the retailer of 2,000 UK adults who own or rent property found that 60% are more interested in energy efficiency than they had been previously due to recent rising bills.

However, just 40% know their home’s EPC rating. Only 34% plan to make energy efficiency improvements in the coming year, with the most popular measures being double or triple glazing and wall insulation.

The biggest reasons cited for not making improvements were not being able to afford the upfront costs (34%), not knowing enough about what the options are (33%), not being sure if it’s worth the investment (30%) and seeing it as too much hassle (27%). Just 44% had heard of any of the current Government schemes to support energy efficiency while 66% believe the Government should be doing more.

To address the UK’s energy efficiency challenge, Kingfisher is proposing the following five policy ideas for the Government:

1: A new grant funding scheme for those on lower incomes to fund the installation of energy efficiency measures similar to the MaPrimeRénov scheme in France, alongside interest-free or low-interest loans for those more able to pay like those offered in Germany.

2: Cutting VAT to zero on all energy efficiency products, not only those installed by tradespeople.

3: Reduced Stamp Duty for homebuyers who buy more energy efficient properties or install energy efficiency measures in the two years after they buy a new home when the motivation to make energy changes to a property is highest.

4: A specific and transparently tracked target for the number of energy efficiency installations to be delivered nationwide per year.

5: Funded training for tradespeople to learn how to install energy efficiency measures, enabling the scaling up of new technologies such as heat pumps, and support across the Government to bring more Trade Apprentices into the industry.

Thierry Garnier, Kingfisher CEO said, “The UK’s housing stock is among the least energy-efficient in Europe, with UK homes losing heat up to three times faster than European neighbours.

“With a nearly £750 bills gap between the most and least energy efficient homes, and homes responsible for around 20% of the UK’s emissions, tackling this challenge has never been more important.

“Based on our experience working with governments in eight countries across Europe, we are proposing five practical policies that we believe would make a difference – helping households to cut both their energy bills and their emissions.”