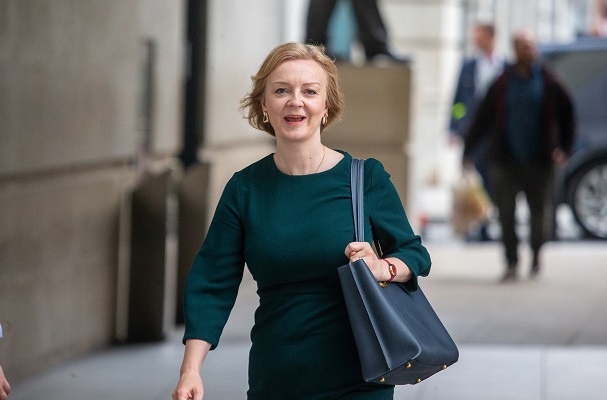 Liz Truss, who only just beat rival Rishi Sunak in the Tory leadership race, has held six ministerial posts under three Prime Ministers, and for the past 11 months as Foreign Minister under Boris Johnson.

Truss appears to be at odds with the previous Conservative governments and has promised to remove “Whitehall-inspired Stalinist housing targets” in favour of tax cuts and deregulation for companies to reduce building delays.

The new Prime Minister’s priority must now focus on the energy crisis. But in the weeks that follow the property industry will be looking to her for answers.

How rich is the new British Prime Minister Liz Truss?

Here’s what the property industry has to say over the new Prime Minister:

Simon Cox, Managing Director of Walter Cooper, told LondonLovesProperty.com, “When it comes to housing, resolving the issues in planning needs to be one of the top items on the next PM’s agenda, and that will mean making some unpopular decisions. Truss now needs to shift her focus from pandering to the NIMBY masses and publicly turn away from previous statements made by other Conservative MPs such as Michael Gove, regarding the so-called ‘cartel’, or face alienating the housebuilding community entirely. However, with a general election likely on the horizon I’m doubtful these difficult choices will be put into action any time soon.

“Housing plays a major part in supporting the economy, and as we head into a predicted recession this will prove more important than ever. I’d therefore implore the new PM to work with those in the industry to provide support in promoting an ‘open for housebuilding’ agenda.

“Truss may have pledged her commitment to removing planning restrictions in an attempt to boost housebuilding, but in abandoning the government target of building 300,000 houses a year, will her so-called ‘investment zones’ ever really come to fruition? I’m not sure, but the fact of the matter is, as prices continue to rise due to a lack of supply, something needs to be done to increase the number of houses built in this country before home ownership becomes further out of reach for all but a select few.”

Melanie Leech, Chief Executive at the British Property Federation, said: “We urgently need strong Government leadership after a period of drift. The new Prime Minister must address the immediate cost pressures facing businesses and families, but in parallel, there must a clear focus on the longer-term objectives to tackle inequalities across the UK and transition to a greener, high-productivity economy.

“We look forward to working with Ms Truss to harness the power and potential of the property sector to deliver the homes, work and leisure spaces that will revitalise our town and city centres and underpin our future prosperity as a nation.”

Nick Sanderson, CEO at Audley Group, said, “Our new Prime Minister will have a lot on her plate, but I hope her vocal “commitments to social care are not forgotten.

“She is right that focusing on social care will free up space in the NHS, but wrong to think it is only money that can achieve this laudable aim. Housing, health, and social care should all go hand in hand to look at prevention, rather than cure. The more age-appropriate housing, with care and wellbeing facilities on site that we build, the lighter the pressure on the system.

“It’s been proven time and time again that people need fewer stays in hospital and are less likely to end up a care home if they live in the right housing. So, I urge Liz Truss and her new cabinet to activate the promised task force on housing for older people and benefit the coffers of the Treasury by focusing on real solutions that need collaboration, not cost.”