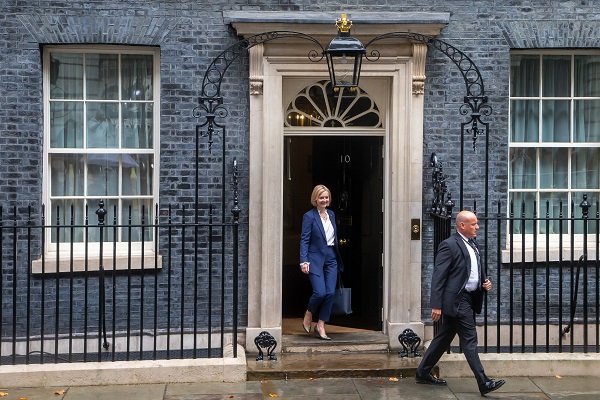 The Prime Minister has faced a grilling on Wednesday in the House of Commons in the wake of the Chancellors mini budget which has created weeks of financial turmoil for the UK’s markets.

This week Truss was warned by Tory MPs that the Chancellors credibility will be further trashed should he still try to push through his mini budget without their support.

The Bank of England  (BoE) has announced the pound has fallen further and they warned they will end on Friday the emergency support package for financial markets.

Mortgage payments up 8.7% with rent having soared by 12%, new bank data reveals

On Tuesday the BoE were forced to intervene to prevent “fire sales” of pensions amid the market turmoil which the Chancellor created after his budget.

As a result the economy has shrunk further and Liz Truss was asked during Prime Minister’s Questions (PMQs) and she first told MPs there will be an end to no fault evictions for renters.

“But going back on the commitment to end no-fault evictions is an act of extreme callousness.

“Can the Prime Minister reassure the 11 million private renters in this country that she will carry out her commitment to get rid of no-fault evictions?”

Truss gave MPs a blunt answer, she said, “I can,” which made MPs laughing at her and then Sir Keir Starmer the Labour leader stood up and asked her to “reverse the kamikaze budget that is causing so much pain.”

She then gave a response which sparked more laughter as she said she is “genuinely unclear” what Labour’s position is over the energy price guarantee.

The Prime Minister added, “It was the biggest part of the mini-budget. Does Labour want to reverse it?”

SNP Westminster leader Ian Blackford told the Commons, “When the Prime Minister last stood at the despatch box, the average two-year fixed rate mortgage stood at 4.5%, they are now at 6.5% and rising, hitting average families with an extra £450 a month on mortgage payments every single month over and above what they were paying.

“37 days into the job, this is literally the cost of the Prime Minister’s incompetence. It is the price households are paying and all because of a Chancellor that she chose.

“Will she now give up her desperate plan to save her Chancellor’s skin by scapegoating the Governor of the Bank of England?”

Truss responded with, “The action we have taken has meant that families in Scotland and across the United Kingdom are not facing gargantuan energy bills.”

Blackford replied, “If she wants to ask us questions, we can swap places.

“The reality is that the Prime Minister is ignoring the damage and the chaos of the mini-budget.

“The only thing growing under this Government are mortgages, rents and bills. Is that what she really meant when she declared herself a pro-growth Prime Minister?”

Truss spat back that the government, had “taken action on helping families heat their homes” and added that globally interest rates are rising.

Kiran Ramchandani, director of policy and external affairs at homelessness charity Crisis, said, “After an anxious 24 hours, renters will be breathing a sigh of relief to hear the Prime Minister reconfirm the Government’s commitment to ending no-fault evictions.

“No-one should be needlessly evicted from their home as we head into what will be an extremely challenging winter for thousands.

“The Government must now confirm they will bring forward the Renters Reform Bill in this Parliament so that renters can be given the stability they are crying out for.”