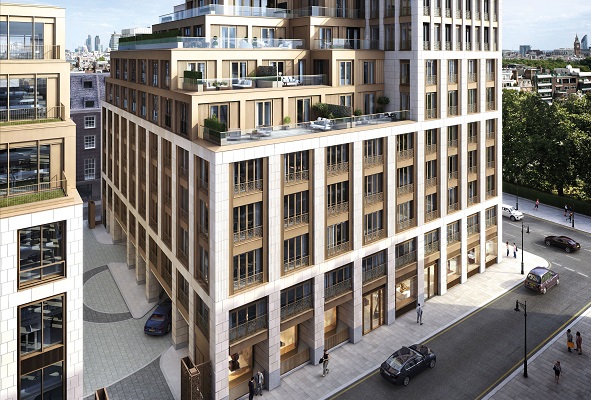 In one of the fastest super-prime lettings deals ever done in Mayfair Wetherell have let a 1,593 sqft two bedroom dressed residence in Clarges Mayfair, for £7,500 per week; the deal done in just 24-hours to an international ‘Milllennial tenant’ who only wanted to live at Clarges Mayfair. Peter Wetherell, Chief Executive of Wetherell said, “This is one of the fastest super-prime lettings deals ever done in Mayfair. Our tenant only wanted to live at Clarges Mayfair and loves Mayfair. The Mayfair lettings market has become the dominant sector within the district for big deals over the last 24 months and the market is extremely buoyant at present.

“This is the third super-prime lettings deal that Wetherell’s lettings department has done in the last month where the agreement has been sealed within 48 hours. Young ‘millennials’ in their 20s and 30s now comprise a large proportion of both private tenants and buyers in Mayfair and adjacent addresses including St James’s, Belgravia, Knightsbridge and Marylebone. Figures from the City of Westminster show that 46% of property in Mayfair and St James’s now consists of privately rented dwellings, with 33% comprising owner occupied homes and 21% social housing. In neighbouring Belgravia and Knightsbridge 39% of homes are private rented, 46% are owner occupied and 4% are social rent properties. Data from Dataloft/Wetherell shows that almost 60% of Mayfair and St James’s residents are young ‘millennials’ aged below 44 with almost 45% of residents now aged between 25-44; over 60% are now born overseas and 55% of young bachelors or bachelorettes choose to privately rent rather than buy. Wetherell say that this can be compared to the 1950s when Mayfair and St James’s were both dominated by owner occupier residents aged between 50 to 70. The neighbouring addresses of Belgravia, Knightsbridge and Marylebone have undergone similar changes. Driven by rising numbers of instructions, deals and success the Wetherell lettings department has expanded dramatically over the last two years. Two years ago, the Mayfair estate agency’s revenue was derived 70% from its established sales and new developments team with 30% generated from its lettings department. Now the target is for 50% of revenue to be derived from the expanding lettings department. Clarges Mayfair is said to be home to more billionaires, millionaires and celebrities than any other new apartment development in London. Alongside the rich and famous, the privileged tenant will have access to the world-class amenities of Clarges Mayfair, offering luxury and service matching a 5-star hotel with facilities including a swimming pool, spa, cinema, conference/entertaining facilities and hotel-style concierge and porter.