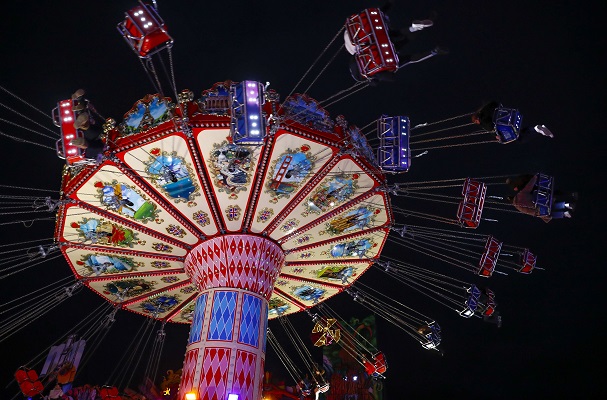 Research by hotel booking platform, hoo, has revealed that the average cost of visiting one of the world’s most festive Christmas markets comes in at just £95 per night for flights and hotels, with a trip to London’s Winter Wonderland coming in considerably higher just for a hotel.

The clocks have gone back and November has arrived meaning it’s finally acceptable to start talking about Christmas. Few things mark the arrival of the festive period more than Christmas markets and hoo has taken a look at which offer the most affordable festive stay.

Love it or hate it, Hyde Parks’ Winter Wonderland has become a yuletide institution but those making a festive pilgrimage from outside of the capital are looking at £162 per person, per night, in hotel costs.

hoo’s analysis of 15 foreign Christmas markets has found that the vast majority can be visited for a similar cost, or less, for both flights and hotel.

In fact, the average trip to visit one of the world’s 15 most-popular Christmas markets costs just £95 per person, per night, for travel and accommodation.

The Krakow Christmas market in Poland is one of the most famous markets in the world and runs from late November to early January and a trip to Poland in December will cost you an average of just £37 per night.

Called Advent, the Christmas market in Zagreb, Croatia, is a wonderland of food, crafts, entertainment, and shopping. It has also been named the best Christmas fair in Europe for three years on the trot. A trip here will set you back an average of £53 per night.

The Advent Basilica in Budapest, Hungary, is regarded as one of the most beautiful Christmas markets in Europe, well worth a visit at an average price of just £58 per person, per night.

Berlin is home to more than 20 different Christmas markets including the market at Potsdamer Platz which boasts a toboggan run, the Nordic Fairytail Market and Christmas Avenue, an LBGTIQ market that started in 2019. A trip to Berlin to check out all 20 will cost you around £62 per night.

In Prague, Czech Republic, this year’s Christmas market will run from 27th November – 6th January and even opens on Christmas day. A trip will cost £65 per person, per night.

For those who fancy travelling further afield, why not consider a hop across the Atlantic? New York is home to a vast number of Christmas markets, perhaps the biggest and most popular of which is the Union Square Holiday Market. A Christmas trip to New York, however, doesn’t come cheap at an average price of £177 per night.

More expensive still is a trip to Toronto, Canada where the Christmas market is returning after a COVID hiatus last year, hosted in the city’s historic Distillery District. A trip will cost a mighty £199 per person, per night.

hoo Co-founder, Adrian Murdock, commented: “After another year of pandemic travel restrictions, a foreign Christmas market provides the perfect opportunity to get away while supercharging your festive spirit in the process.

Even better,  it can be done on a budget and the vast majority can be visited for less than the cost of a weekend in London.

So rather than brave the queue for Winter Wonderland, why not head to Budapest, Berlin or Brussels and save yourself some money in the process.”

Monthly London rent could last 5 in these European capitals