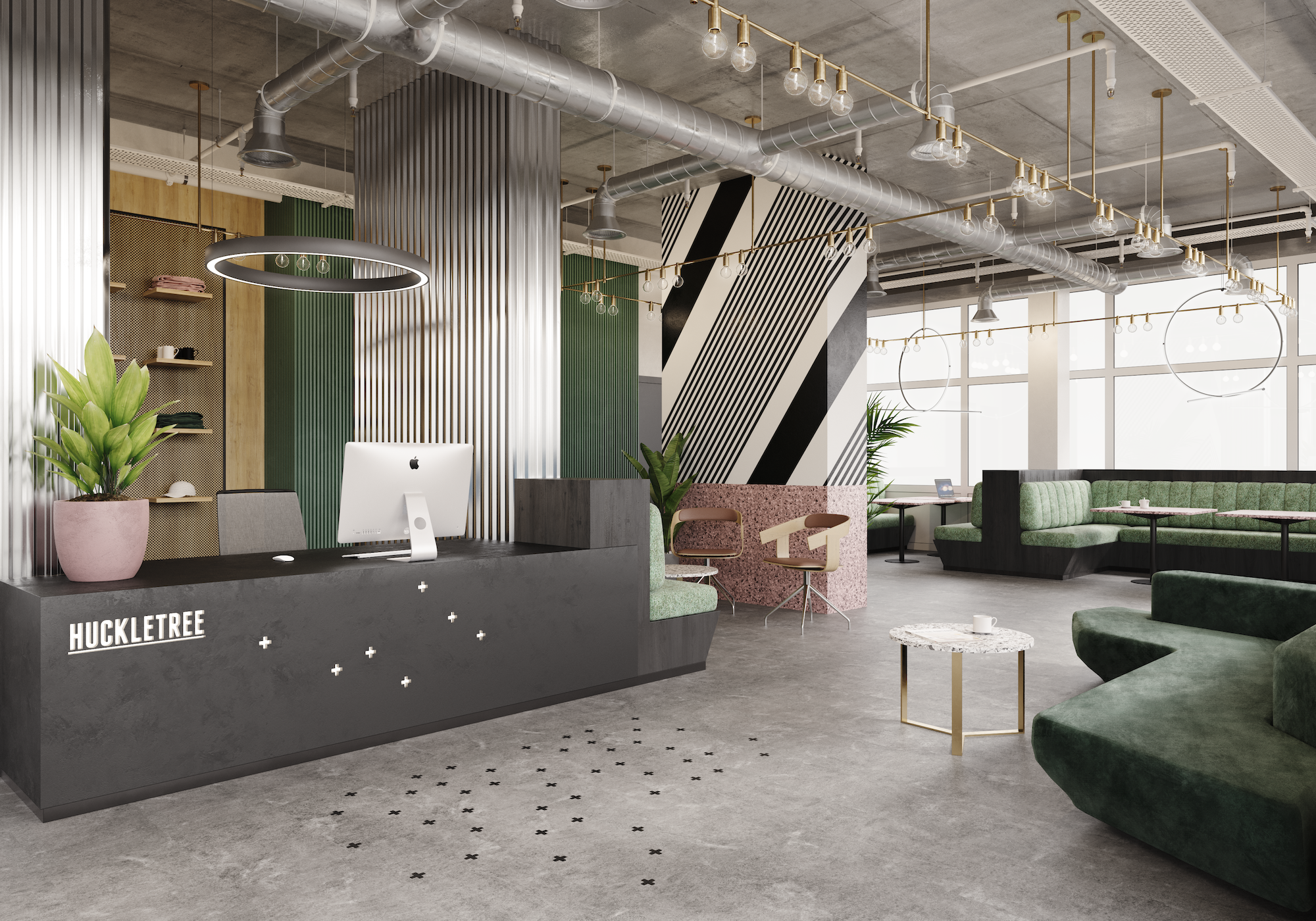 Huckletree, the workspace accelerator, has announced the planned opening of Huckletree Soho, its first central London location. The new site located in the heart of the capital’s original creative district is set to launch in Spring 2019, bringing together brands, VCs and global innovation teams in one space.

In keeping with Huckletree’s model of taking on inspiring and unique spaces, the Soho location will occupy four floors of the classic post-war Ingestre Court building, that endures as an iconic example of Brutalist concrete architecture. It will be offering capacity for over 300 members from the city’s burgeoning investment, tech and digital communities.

The announcement marks coworking provider’s fifth site since being founded by Gabriela Hersham and Andrew Lynch in 2014, with locations across London and in Dublin. Soho is the first in a series of new building launches for the group planned for 2019, both in the UK and Europe. Huckletree aims to push the boundaries of workplace experiences through the interior of the Soho space. Features include Huckletree’s first in-house cafe, which will serve plant-based seasonal menus to members and guests, and the Imaginarium studio, which will feature regular wellness activities including therapeutic gong baths, taking Huckletree’s signature wellbeing programme to a new level. The upper floors will consist of a range of private studios, resident desks, meeting rooms and inspiring breakout spaces designed for collaborative working. The expansion will bring the total number of Huckletree members to over 2,000 across the five locations and will act as a centralised touchpoint between the existing Huckletree London sites in the East and West of the city.

Gabriela Hersham, Founder and CEO of Huckletree, said, “We are excited to be opening our doors to the vibrant creative community of Soho, a place we hold in high regard as London’s original creative district and one that so strongly echoes our founding value of ‘Be Renegade.’

“This opportunity allows us to partner with Westminster City Council to reactivate a part of Soho and revive a space that had been left behind.

“With some fantastic founding members already on board, our plan is for Huckletree Soho to unite the UK’s most exciting investment funds with their portfolio members, exciting serial entrepreneurs and other leading members of the global innovation ecosystem.” Councillor David Harvey, Westminster City Council’s Deputy Leader and Cabinet Member for Economic Development, Education and Community, said, “This is an exciting project which provides a unique opportunity for businesses to grow and flourish in the heart of London.

“Soho is famous worldwide as a cultural and creative centre in our borough. We are always looking for ways to help start-up businesses succeed and reach their potential, and this gives exactly that – a platform for residents to make their mark and achieve their aspirations.”

In a new partnership, career future-proofing experts, Jolt, will offer daily masterclasses from an in-house learning studio. Huckletree Soho will see the creation of a Jolt Room within the space, where members will benefit from sessions from a host of world-class instructors – allowing training and development to be built into our members’ regular schedules.

Dion McKenzie, UK regional director of Jolt, said, “Jolt’s mission is to reinvent learning, and our Jolt rooms are at the centre of what we do. It’s important we find partners who align with our values and believe in making learning a lifelong habit. Huckletree is a natural choice for us, given their commitment to helping forward-thinking entrepreneurs, freelancers and creatives not only work, but grow.”

Denis Shafranik, Partner at Concentric Ventures, a London and Copenhagen based venture capital firm, comments: “Huckletree stood out for us because of its community and strong sense of belonging.

“It’s the perfect environment for ambitious businesses, providing tonnes of opportunities for exposure and networking. We love Soho’s vibrancy and the fact it’s home to lots of tech, digital and creative businesses, as well as other VCs.”

The announcement of Soho comes off the back of a successful journey for Huckletree so far, having announced a £4.5m investment in the company to help accelerate growth in November 2017. Huckletree currently runs spaces in London’s Shoreditch, Clerkenwell and White City, and an international location in Dublin.

Claro launched to support landlords in entering the flexible office...

Flexibility: Reacting to the market and attracting talent

The number of flexible workspaces are set to increase