Home Residential PropertyNew Build With landlords feeling under siege, Build to Rent (BTR) may be a more suitable path for property investors 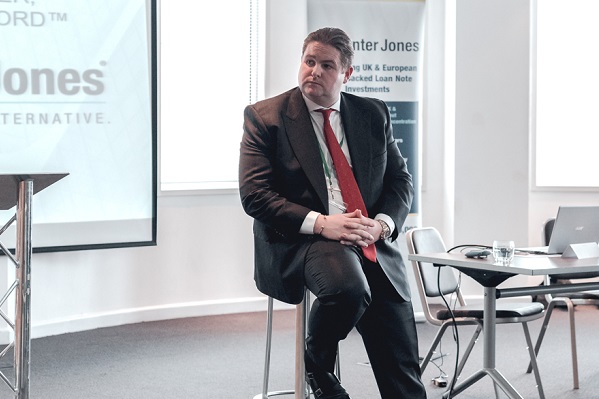 It’s because of COVID isn’t it?

Owning your own home is a dream of many, so you would think that becoming a buy-to-let (BTL) landlord would mean you are doubly blessed. Not so it seems. A recent English Housing Survey, published by the Ministry of Housing, Communities and Local Government has found that the number of households who are in the Private Rented Sector (PRS) fell from last year by around 114,000 households.

Equally shocking are figures from the National Residential Landlords Association (NRLA) which found that landlords have most commonly lost between 10% and 20% of their rental income due to the coronavirus pandemic. It would be easy to assume that COVID-19 was the main culprit for the woes of the private rental sector (PRS) but this is not the case according to the NRLA.

It has found that PRS has been under considerable strain since before the coronavirus pandemic began and not as a direct consequence of it as many currently think. This has led John Stewart, its Deputy Director for Policy and Research to state, “…we are now seeing, from independent statistics, both the numbers of PRS dwellings and their proportion of tenure share falling, it seems landlords are following through on their intention to exit the sector.”

He goes on to say that “With further pressure to come from the Renters’ Reform Bill, possible Capital Gains Tax increases and full implementation of mortgage interest relief restrictions, and the possession action curtailed by emergency Covid regulations, the government needs to restore confidence if it is to avoid acceleration of this process, and the subsequent crisis in the supply of rented homes.

Stewart’s comments are supported by survey data from mydeposits, a leading tenancy deposit protection scheme provider, which found that almost 90% of landlords and letting agents said that they did not feel that the private rented sector was supported by the government. Furthermore 65% of them felt the industry had changed for the worst mainly, as a result of increases in regulation, legislation, and tax.

This is not surprising given some of the government’s recent actions such as extending legalisation brought into play at the beginning of the pandemic to prevent the eviction of residential tenants to the end of May this year, with no guarantee that it will be extended again.

Furthermore, in a review commissioned by Chancellor Rishi Sunak, the Office of Tax Simplification in January recommended  that capital gains tax (CGT) be set at the same rate as income tax, which is 18% at the basic rate and 28% at the higher rate.

This was not brought in during the Budget in May but if this ever occurs it will be terrible news for landlords, who have suffered a number of tax hikes in recent years during uncertain economic conditions. The likely effect would be tenants looking to find new homes as their landlords try to avoid paying hefty bills by getting rid of their properties. In fact recent research from Benham and Reeves indicates that buy-to-let landlords and second homeowners could see the capital gains tax owed if they choose to sell, increase by as much as £24,000.

This led its Director Marc von Grundherr to state that “…landlords and second homeowners are already paying a substantial sum on their investment due to the increased value of bricks and mortar. A further increase in capital gains rates is nothing more than a blatant attack on them, especially those in higher tax thresholds.”

While it is clear that landlords are suffering it does not mean that property is not a good investment and the Build to Rent (BTR) sector is a clear example of this. Afterall it has certainly shown no sign of slowing down, with the UK’s leading independent real estate consultancy Knight Frank LLP predicting that £4.02bn will have been spent on building new purpose-built rented homes in 2020, up more than a third from the £2.83bn spent in 2019, and above the previous record high of £3.7bn in 2018.

For those not aware, the BTR model offers a mixture of financial advantages to an investor, as they provide a residual income, as well as the capital growth you get from owning a property without the responsibilities of being a landlord. Typically BTR properties are large developments of flats that are managed by companies rather than independent landlords. They are purpose built to the highest standards with a dedicated professional managed service to ensure their ongoing occupation.

According to Knight Frank, there are currently 46,000 purpose built rented properties in developments of more than 75 homes in the UK, with a further 84,000 under construction or with planning consent. The firm even estimates that £41bn of capital has been committed to the sector in the UK to date, up from £35bn in 2019. It is evident then that BTR is clearly weathering the global downturn, buoyed by investors looking for strong returns, rather than landlord duties.

Clearly then, any property investor looking to make substantial returns in uncertain economic conditions needs to revaluate whether the landlord route is the most suitable one for them. For many landlords BTL has had its day. It is neither rewarding or enjoyable. Yet with options available such as BTR, many are still able to move across and continue to enjoy the “bricks and mortar” dream.