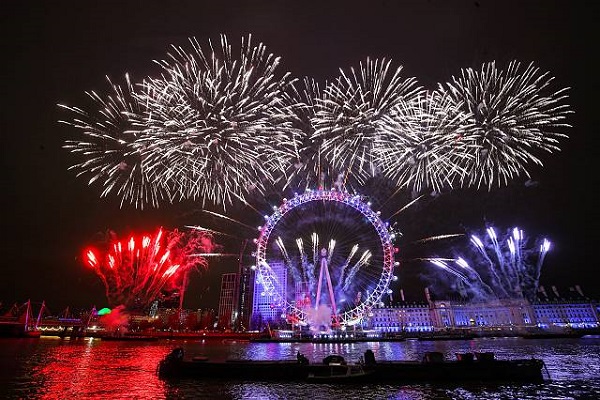 It’s Bonfire Night tonight! Hurrah! And, if you’re a fan of watching things blow up and don’t fancy trying it in your own home, you’ll probably be making your way to an organised display somewhere this evening.

However, superfans might want to look at the latest research from estate agent comparison website, GetAgent.co.uk, who has looked at the cost of buying in areas with a major display, highlighting six where the price of property comes in cheaper than the surrounding area.

Sparks in the Park, Cardiff: £170,426. Buying a home in Cardiff’s CF10 postcode will not only save you £41,534 when compared to the wider cost of buying in Cardiff, but it will also mean you’re within walking distance of Sparks in the Park fireworks display.

Alexandra Palace, Haringey: £512,495. The N22 postcode is far from affordable with an average house price of £512,495, but it does come in some £36,653 more affordable than the wider average across Haringey. Not only that but you can bypass the hustle and bustle of the Ally Pally and watch the display from your back garden.

River of Light, Liverpool: £132,368. At an average cost of £132,368, house prices in Liverpool’s L3 postcode aren’t that far off the city average of £136,517, but you do get the added bonus of the River of Light fireworks display happening just down the road.

Platt Field, Manchester: £175,890. Last but not least, Platt Field in the Manchester postcode of M14 is home to an average house price of £175,890. As with Liverpool, this isn’t far off the average across Manchester of £179,506, but it’s certainly better than nothing.

Unfortunately, property prices across the other nine major UK fireworks displays come with a sparkling premium compared to the wider area, with the largest being Leeds Castle in Maidstone where property in the ME17 postcode sells for £444,241, £155,861 more than the wider area!

Colby Short, founder and CEO of GetAgent.co.uk said, “Particularly those of us with young kids will know the traumas involved in marching them through large crowds and around busy bonfire sites in order to catch a glimpse of the often underwhelming fireworks displays.

“While the luxury of living nearby probably isn’t worth an additional £155,000 as is the case in Maidstone, it’s certainly one of those strange selling points that can make all the difference to a buyer’s decision to purchase.

“It’s these small things that may slip the mind that should be utilised by sellers in order to maximise their property’s appeal in what are currently quite tough market conditions.”