Home Property GuidesProperty Insights & Advice What are the benefits of ready mix concrete? 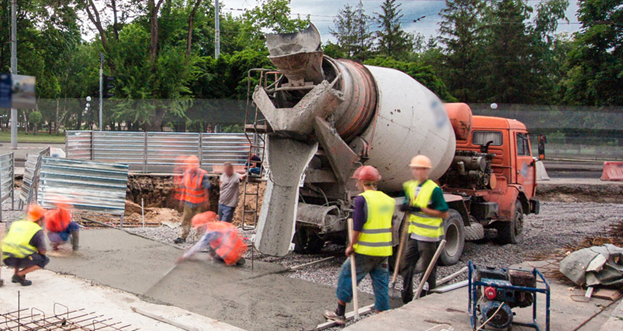 What are the benefits of ready mix concrete?

Ready-mix concrete is manufactured in batch plant in accordance to an engineered mixture design. These are delivered either in barrel truck or in volumetric concrete mixer. The barrel truck provides the concrete in a plastic state whereas the volumetric mixer provides the mix in a dry state, which is then mixed on the site.

Ready mix concrete is precisely a combination of accurate amount of gravel, sand, water and cement. These are taken according to weight. The ready-mix concrete has started gaining preference over other materials due to the cost as well as its long life span. These ready-mix concrete also known as RMC are specially manufactured for a particular construction, project which is then supplied to the customer’s side as a complete single product.

When is ready-mixed concrete used?

Ready-mix concrete is used in those projects where the construction site is unwilling or unable to mix concrete on other site. Ready mix concrete generally means that the product is delivered finished according to the specific mixture demanded. When a project is small to medium, the cost and time required for the hiring of mixing equipment, labor and other factors such as storage of ingredients and environmental risks is simply not worth it when it is compared to the case of ready-mix concrete.

Three types of ready-mixed concrete are generally found depending on the mixing up of ingredients.

All the basic ingredients even water are, put directly goes on, the mixer drum involves at a charging speed and later on rotates at a normal agitating speed.

The concrete is mixed partially in the plant mixer and then the balance mixing process is carried out in the truck drum mixer. The time for which mixing has to be carried out in transit mixer mainly depends on the extent to which initial mixing was done in the central mixing plant.

Ready-mix concrete makes use of sophisticated equipment and methods as a result producing better quality concrete. There is a strict control on the testing of materials and the different parameters. All these factors contribute to a good quality mixture.

The output obtained from ready mixed concrete is much more than a site mix concrete.

By the use of admixtures and other cementing material, amount of cement used can be reduced. Better handling and correct mixing techniques reduce the consumption of cement as well.

Dust is also reduced since ready-mix concrete uses bulks of cement instead of cement bags. As the result of reduction in cement usage, more energy and resources are saved.

Chances of human borne errors are reduced due to less involvement of human labor. This also helps to reduce the work load and intensive labor on humans. Since most of the process is machine operated, every step can be monitored by a single person and changes can be made instantly in case some error is noticed.

Many construction sites have limited space for storage of raw materials. This problem can be easily solved by ready-mixed concrete. The mixture arrives just in time for use and there is no requirement of any storage spaces.

Many a times, construction works are delayed due to dismantling or any other issues. But, there is no such issue in case of ready-mix concrete as the batch is prepared in a separate location properly and then delivered to the construction site. Along with this there is no depreciation of cost or any need to hire any equipment.

The ready-mixed concrete has innumerable benefits in the construction business and has emerged as a perfect solution to a lot of on-site mixing issues. It can be concluded that not only the ready mixed concrete saves a lot of time and manual work but also is a perfect blend of all the ingredients in appropriate manner which creates strong base for all construction works.