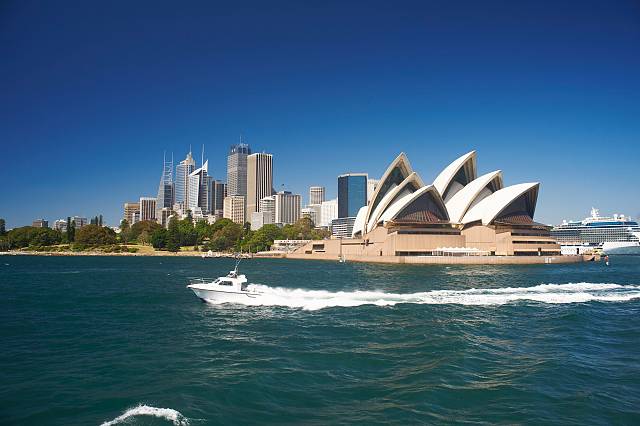 Top five cities with the most expensive real estate

When looking at property worldwide, it is astounding how much it costs to buy in certain locations. Perennially popular markets like New York, London, and Singapore are home to many places with truly eye watering price tags. To the average person, affording property in such a location may seem virtually impossible.

However, many of these places are also known for the wealth of their residents. Median incomes in these areas tend to be higher, making the astronomical property prices slightly more affordable to locals. As such, when considering affordability, property in these places is not as expensive as it might first seem.

So, taking into account affordability, what are the world’s most expensive real estate markets?

According to Demographia, a leading urban planning consultancy, Hong Kong is easily the world’s most expensive property market. In fact, it has taken out the top spot in their annual housing affordability survey for the last 10 years.

With a median price that is 20.8 times the median income, property ownership is a luxury most locals cannot afford. As one of the world’s most densely populated sovereign states, space comes at a premium in Hong Kong. This, combined with the strong international interest in property in the major financial hub, continues to drive up prices.

Hong Kong also has an extreme shortage of developable land, most of which is owned and controlled by the government. As such, the supply of new properties will continue to be limited and prices are not likely to dip anytime soon. So, expect Hong Kong to hold onto the mantle of “world’s most expensive city” for many years to come.

Property prices in ever popular Vancouver have continued to rise over the last couple of years. As a result, it now has a median price that is 11.9 times the median income. This makes it the world’s second most expensive real estate market, a title it has held for two years.

Surrounded by sea on three sides, expansion options for Vancouver are extremely limited. Despite this, its population is growing, with one million more people expected to call the city home by 2041. This has put significant upward pressure on both property prices and development costs.

The area is also extremely attractive to international investors. Seen as a gateway to North America and benefiting from relaxed regulations, Vancouver provides investors with many different opportunities. Combine this with the city’s natural beauty and it is easy to see why property here is so sought after.

Despite property prices slumping slightly over the last few years, Sydney remains the world’s third most expensive real estate market. Popular with both domestic and international investors, it has a median property price that is 11 times the median income. Australia’s largest city, Sydney is known for its climate, culture, and career opportunities.

Buying real estate in Sydney can be tricky as there is significant interest in most properties. However, as the local rental market is equally strong, there are plenty of opportunities to achieve great yields. There is also significant demand for renovated properties, particularly close to the city, so substantial capital growth is also possible.

To help prevent urban sprawl, there are planning regulations in Sydney limiting the release of new developable land. This has pushed development into the centre of the city, where higher density complexes are becoming more common. It has also increased demand for quality properties in ‘middle ring’ suburbs, which provide both space and easy city access.

With a median property price that is 9.5 times the median income, Melbourne is the world’s fourth most expensive property market. Melbourne is experiencing consistent population growth and is set to overtake Sydney as Australia’s largest city within a decade. This has placed significant strain on the local real estate market, with demand outstripping supply in many areas.

While Melbourne does not share Sydney’s idyllic beach culture, it is known for its laidback lifestyle and plentiful professional opportunities. It is also renowned for the quality of its educational institutions, thriving arts and music scene, and strong sporting prowess. All of this makes Melbourne an extremely popular market for both owner occupiers and investors.

Similar to Sydney, Melbourne has restrictions on the release of developable land, particularly on the outskirts of the city. This has seen the renewal of many inner-city suburbs and the transformation of former industrial sites into higher-density residential developments. As a result, Melbourne’s housing stock is extremely varied and there are ample opportunities for significant capital growth.

Rounding out the Top 5 is the notorious property hotspot of Los Angeles. Home to many multimillion-dollar mansions and sprawling coastal estates, LA is a mecca for the world’s most famous people. Demand for property in the city sees the median property price clock in at nine times the median household income.

Thanks to its climate and entertainment industry connections, the population of Los Angeles has grown steadily since the 1900s. However, development in the area is limited as local planning laws make it difficult to get approval for new builds. This has led to a significant housing shortage which has driven up prices across the city.