Home Property Edinburgh remains the most liveable city in the UK 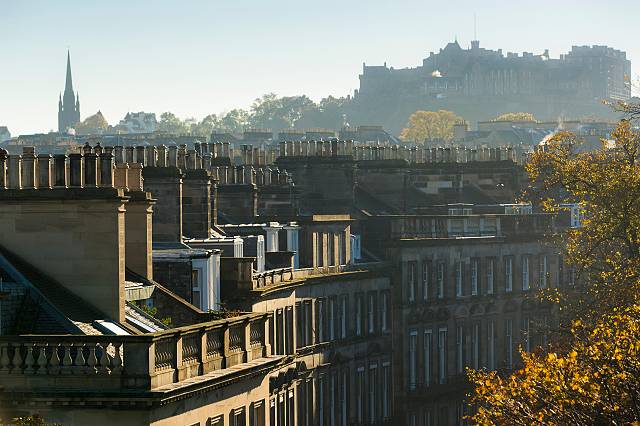 Edinburgh remains the most liveable city in the UK

Scottish cities lead the way in the liveability rankings this year, with Edinburgh featuring in the top 20 global locations for European expats, and Aberdeen just behind. Cities around the world are evaluated annually by ECA International (ECA) on a variety of liveability factors including availability of health services; housing and utilities; isolation; access to a social network and leisure facilities; infrastructure; climate; personal safety; political tensions and air quality.

Neil Ashman, senior location ratings analyst at ECA International, global mobility experts said, “Edinburgh and Aberdeen lead the way for UK cities in terms of liveability due to a range of factors including lower air pollution and a greater level of personal security.

“However, what really makes these two cities outshine others in the UK is the existing expat community. This is an important factor in the liveability analysis as a solid network of expatriates will help newcomers feel less isolated and reduces the anticipated culture shock for workers that relocate from overseas.”

Despite a troubling couple of years, London is holding steady in the top 50 most liveable locations for European expats in 49th place. Glasgow is the only UK city with a lower ranking than London, coming in at 57th place in the liveability ranking.

Ashman said, “Although London has continued to see higher air pollution and crime levels in the past year, the city’s overall liveability score has remained steady, in part due to the improved availability of expatriate-standard housing.”

“It is understandable that smaller cities such as Edinburgh, Manchester and Belfast score better in areas that will always pose a challenge for a city as big as London, such air quality and personal security. This is a trend we see repeated throughout the world. For instance, Berlin is the lowest ranked of the seven German cities in our rankings, and Paris is fourth out of the five French cities in our list.”

ECA’s Location Ratings system objectively evaluates a host of factors to form an assessment of the overall quality of living in over 480 locations worldwide. The system helps companies establish appropriate allowances to compensate employees for the adjustment required when going on international assignment. The impact of some of the factors assessed will vary according to the home location of the assignee.

Dublin enters the top ten most liveable cities
Elsewhere, Dublin has re-entered the top ten locations in the world for European workers for the first time since 2016. Sitting in joint 9th, the Irish capital is now on par with Gothenburg and Luxembourg as having among the most superior living conditions for European expats.

“Dublin has seen a return to the top ten after dropping out in 2017 due to a shortage of suitable housing for expatriates in the city. However our research reveals a general opinion from the expat community that they feel safer in Dublin after dark, which has improved the city’s personal security score this year,” Ashman explained.

Northern European cities continue to dominate the top of the rankings
Copenhagen in Denmark and Bern in Switzerland offer the best liveability standards for European expats, scoring at the top of ECA’s ranking for over seven years. Alongside Dublin, cities in northern European and Scandinavian nations once again dominate the top ten most liveable locations for European expats. The Netherlands and Switzerland each have three cities within the top ten.

Ashman said: “Cities in Scandinavia, Switzerland and the Netherlands have offered good liveability across the board for many years now; with factors such as excellent infrastructure, reliable transport systems, and a high level of healthcare all contributing to their consistently excellent liveability score.”

Canada most attractive country outside Europe for Europeans
The most liveable non-European location for European expats is Toronto, Canada. Canadian cities in general all score very well, with Toronto, Vancouver, Ottawa and Montreal all scoring higher than Belfast, London and Glasgow in the UK.

“Canadian cities have always featured high up in the rankings for European expatriates thanks to low crime levels, good public facilities, and little air pollution. The only anomaly to this was in 2017 when Montreal briefly dropped in the rankings following severe flooding. The city has since recovered well since the floods and risen five places in the latest survey, essentially returning to its original position,” explained Ashman.

Australia and New Zealand also score highly for European expats
Canberra and Wellington also offer high liveability standards for Europeans, making 40th and 45th place respectively; higher than some UK cities. All of the Australian and New Zealand locations included in the rankings feature in the top 100.

“Despite the long travel distances from Europe, which impacts the external isolation score for Europeans away from home, it is no surprise to see the majority of these cities in the top 50. Cities in Australia and New Zealand have always scored well, with low crime, efficient transport services and a range of available housing just some of the attractions.”

Ashman added, “Asian cities tend not to feature so highly for European expats due to significant differences in climate and language. However, a number of factors make Singapore the most liveable Asian location for European expats including the large European expat communities already living in Singapore – something which makes it a lot easier for expats to adapt and suitably acclimatise to their new surroundings.”