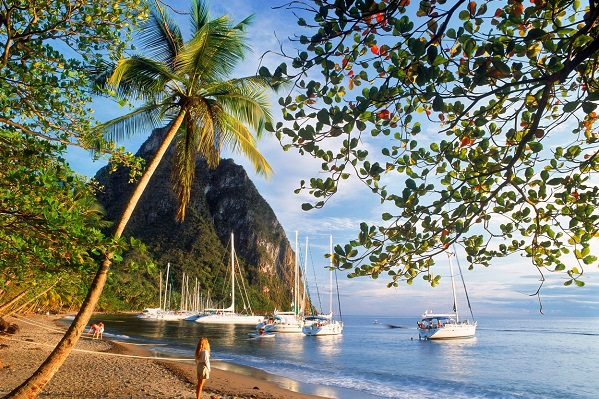 St Kitts continues to be one of the primary destinations for residency and citizenship investment by the super-wealthy. Astons is predicting a 200% year on year increase in applications to the program with demand remaining strong in the final quarter of the year, up 80% already.

This has been largely driven due to the fact St Kitts is the oldest and most established program in the Caribbean and has no annual quota on the number of applications it can process. However, demand has also been heightened due to two factors. St Kitts has accelerated the application process to just two to four months, while also offering discounts of $45,000 to those investing for a family of four with this discount due to expire in January.

Astons has seen demand for citizenship investment in Vanuatu jump by 120% in the final quarter of this year, as it remains popular for those looking to reach the Christmas period with a fresh passport under the Christmas tree.

This has been driven by Covid and the remote location of Vanuatu but also due to the fact it is one of the cheapest citizenship by investment options with a minimum donation of just £96,784. It’s also a relatively new program, having only formed in 2017 and so investors are only now starting to take notice with Covid and the current pandemic landscape having turned the spotlight on it.

Turkey and Greece have also seen an increase in popularity in the Q4 as investors look to next year. Both offer great value for money with a minimum investment of £225,399 in Greece and just £190,379 in Turkey, a particularly attractive option with the weak Turkish Lira at present. But they also both offer speed, with a timeframe of just two months securing you Turkish citizenship or EU residency when investing in the Greek program.

Investing in Turkish citizenship also grants you visa-free access to 111 other countries which remains a strong pull for those looking for unhindered travel for both work and personal reasons. While Greek residency will only provide visa-free travel to 26 other nations, it remains a popular choice, particularly for British investors with an eye on life after Brexit.

While investing in a UK Golden Visa is one of the longest and most expensive processes, it also remains one of the most sought after. Latest figures show that there was a 317% quarterly uplift in Q3 for UK Golden Visas representing a 96% improvement. While this increase has been partly due to pent up demand as a result of the Home Office being shut, it has also been bolstered from a particular increase in demand from US investors, again keen to escape the current political and economical turbulence being seen stateside.

Managing Director of Astons, Arthur Sarkisian said, “2020 has been an incredibly busy year for the residency and citizenship by investment sector and we’ve seen some significant uplifts in demand across a number of programs for a variety of reasons. Affordability and speed have always been a driving factor. However, with the pandemic bringing both economic uncertainty and restrictions around travel, we’ve seen investors opt for more remote and idyllic destinations such as the Caribbean and Vanuatu where they might not have otherwise.

Caribbean programs have also benefited from a huge uplift in demand from U.S investors. The handling of the pandemic and the wider political turmoil that has engulfed the nation has caused many to look for an exit strategy and the Caribbean has provided the perfect bolthole to do so.

In addition, the ability to travel unhindered by visas remains a strong influence, particularly within Europe. While Brexit has been further delayed and put to the back of our minds due to Covid to a certain degree, UK investors remain keen to find a solution to living and working in Europe for when the deal is finally done.

While traditionally strong markets such as Cyprus remain popular, there has also been an increase in other options in and around Europe with far lower investment requirements such as Greece and Turkey.”