Home Property There are calls for a rent freeze as tenants are facing more than £3,000 rent increases 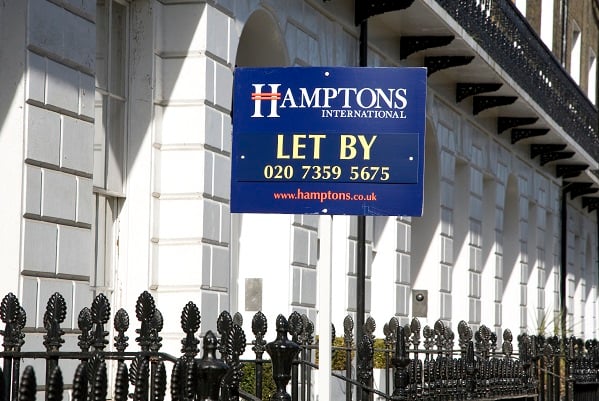 There are calls for a rent freeze as tenants are facing more than £3,000 rent increases

Renters from the London Renters Union (LRU) and Greater Manchester Tenants Union (GMTU) are staging a national day of action across Manchester and London on Saturday 3 December to demand an immediate freeze on private rents in England and Wales and to highlight the human cost of the rental crisis.

Amidst a spiraling cost of living crisis, renters will protest in Manchester and in six London boroughs outside of estate agents who play a key role in driving up rents.

Since September 2022, LRU members report an average rent increase of £3,378 (20.5%) , though many are facing rent rises upwards of 50%. Rent gouging currently dwarfs inflation, which hit a 40-year high of 9.6% last month. Shelter has reported that 1 million renters are receiving a rent increase each month.

Rising rents are driving homelessness to record highs. Before the pandemic, London rents rose three times faster than wages and with the cost of living crisis, renters are now cutting back on essential spending. Many are forced to accept unjustifiably high rent increases for fear of ‘no-fault’ Section 21 eviction if they refuse – still legal despite the government’s promise to abolish the clause in 2019. Section 21 evictions are up 76% on last year.

Meanwhile, major London estate agent Foxtons reported a 25% increase in revenues off the back of skyrocketing rents. CEO at the time Nicholas Budden was handed £1.6 million in pay. While 39% of landlords have no debt on their properties and many have interest-only mortgages, landlords are exploiting the cost of living crisis as an excuse to hike rents well above incomes.

The Scottish government introduced a freeze on rents in October, following a campaign from renters union Living Rent, and Sadiq Khan has recently called for an immediate rent freeze in London on private rents. Many cities across Europe employ rent controls to cap the amount landlords can increase rent by.

Connor, LRU member, said: “My partner and I were forced out of our home when our landlord tried to put up the rent by £8,000 per year. Finding a new place was a real struggle and in the end we were forced to move in somewhere £200 more per month than before. I now have to work two jobs to make ends meet. We’re taking action because the government is doing nothing to protect renters. Instead of prioritising the profits of landlords and estate agents, the government must step in to protect renters with a rent freeze like in Scotland.”

Alva Gotby, LRU member, said: “My housemates and I faced a £300 monthly increase, and the landlord refused to negotiate with us. When we asked why the rent was increasing so much, he just shrugged. I’m unemployed and one of my housemates receives disability benefits, so we can’t move somewhere else because no letting agent would rent to us. We had no choice but to accept the increase. We felt really powerless, like our landlord controls our life. Talking to other people, it’s clear that estate agents are deliberately causing these rent hikes by encouraging landlords to raise rents and encouraging bidding wars.A rent freeze would relieve pressure on millions of people this winter so why won’t the government put one in place?”

Liz, GMTU member, said: “Earlier this year my landlord increased my rent and issued me a Section 21 notice to leave. I was unable to pay, and have been sofa surfing since while I try to find somewhere to live. I’m taking action because something has to give. Landlords and letting agents shouldn’t be able to raise rents indefinitely and throw the lives of people like me into turmoil. We need a rent freeze now.”