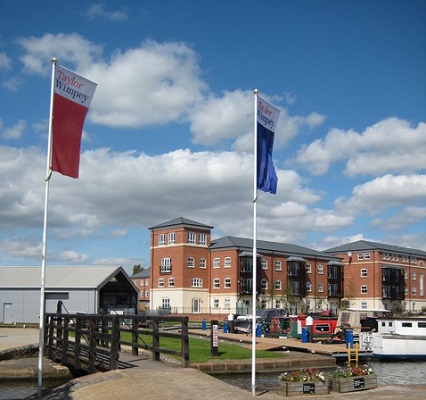 Housebuilder, Taylor Wimpey, has said that it is “on track” to deliver its full year expected results, despite acknowledging an increase customer caution in higher priced markets.

In its trading update, the firm said that good demand for its homes continued in the second half of the year and that in recent months, cost pressures had eased.

Taylor Wimpey stated that a strong order book was “key” to combating short term market uncertainty. As of November 10 2019, the value of its current total order book rose 12.5% against the same point in 2018 to around £2.7bn.

Forward indicators for sales have remained positive for Taylor Wimpey. However, it said, “we have seen some increasing customer caution, particularly in the higher priced markets of London and the south east, as a result of the ongoing political and economic uncertainty.”

The business is set to end 2019 with “slightly higher volumes and slightly lower operating margins” than advised at its half year.

Pete Redfern, Taylor Wimpey’s CEO said. “We are on track to deliver full year 2019 results in line with our expectations driven by an industry leading sales rate. In spite of wider political and economic uncertainty, housing market conditions have remained resilient.”

“Looking ahead, our cash generation and financial position are very strong and we reiterate our commitment to returning c.£610m by way of total dividend to shareholders in 2020.”