"Revolutionary" mall to open in Shoreditch 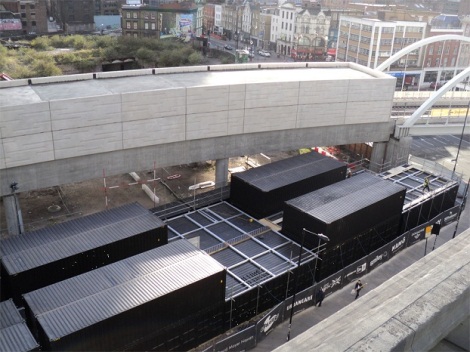 The world’s first pop-up mall is due to open in East London next month and promises to be a radical, ground-breaking alternative to the ailing conventional high-street.

Opening in Shoreditch (where else) opposite the recently opened overground station, and just in time for Christmas, the aptly named Boxpark will comprise of 60 recycled shipping containers, spanning two floors. It will “pop up” for five years.

It may all sound a bit novelty, but the people behind the concept are heavyweights – such as the company’s director: founder of urban fashion label Boxfresh, Roger Wade.

“I was always fascinated by shipping containers. The idea of Boxpark was a fusion of many personal ideas over time. I wanted to create something on a grand scale by using shipping containers and offer retailers short leases, versatility and cost-effective retailing that made sense – the antithesis of the out of town shopping mall,” said Wade.

Wade drafted in others with proven track records too, including Donna Lambert for the sales and marketing role, who was previously at Shaftesbury (landlords to Carnaby St and Seven Dials). Lambert has since been replaced with ex-festival organsier, Agee Johnston. Then there’s architect Anthony Thistleton, known for his communitarian and sustainable approach to architecture.

The mall will be “assembled” on the site of the old Bishopsgate Goods Yard, also known as Hackney Recreation Ground, a 7.4 hectare space that has lain largely dormant for 40 years.

Boxpark will be a mix of retail and leisure units, the ground floor comprising of 40 bespoke fitted containers that will house a mix of large and small brands, says the marketing brochure.

“This will be a very, very unique experience. It’s going to be an eclectic mix, not just designer brands but premium street wear brands, fashion casual wear brands, footwear,” says Wade in the a marketing video for the project.

Consulting on the project is Mark Phillipson of Briant Champion Long, who says the alternative mall will offer “arguably the most cost efficient and flexible way for new entrants to gain exposure to the retail market.” 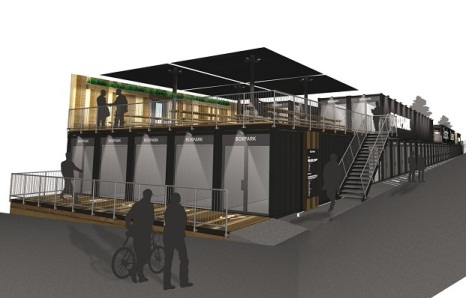 Phillipson also points to the fact that the park is run by a retailor rather than “your usual, archetypal or absentee landlord, [and] that will make a big difference.”

Rather than retail, the second floor of the park will be devoted to cafes, coffee shops and galleries, and will be a smaller floor with just 20 containers. Businesses can apply for either a one year lease, to “allow brands to dip their toe in the water,” says Wade, or a five year lease for those bigger brands looking for more “security”.

The brochure promises competitive rates too. But if the blurb is anything to go by, it will be image elitism not overheads keeping companies out, as Boxpark is looking to select the coolest brands only: “No high street retailers – just selected, ground-breaking brands by invitation only to create a revolutionary mix and simply great products that you won’t find anywhere else in the world,” says the brochure.

That said, high street brands such as Diesel, Nike, Puma, Lacoste, Dockers, Oakley, North Face and Etnies will all be there, alongside concept stores such as Art Agianst Knives and David Mayar Naman.

The site of the mall is currently owned by property developers Hammerson and Ballmore, which plan to develop it in five years’ time.

“We were looking for temporary uses on that site,” explains James Rothbotham of Hammerson. “We met Roger, came up with the idea of putting these recycled shipping containers  for the purpose of retail use. We liked the sound of that – it was in-keeping with the history of the site and in keeping with our inspirations for getting temporary uses on the site.”

The mall plans to be unconventional in every way possible: even its opening hours will be different to the usual. It will open between 12-8pm rather than 10-6pm, like most shopping centres. 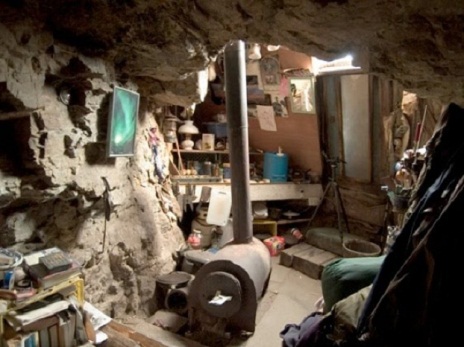