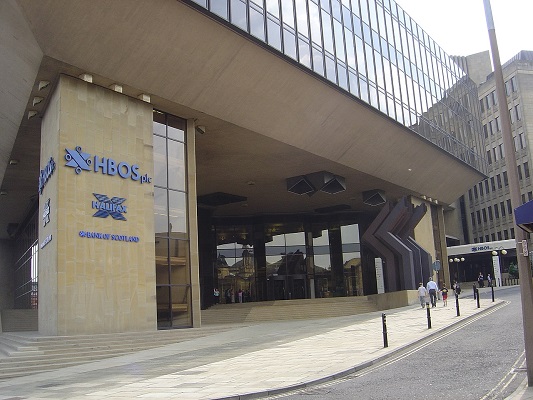 Recovery and confidence returning to the market

The latest data and analysis from Halifax has revealed that average house prices in May edged up to £237,837 a rise of 0.5% on the month as the first signs of stability return to the market.

May’s annual change figure of 5.2% comes against the backdrop of a particularly low growth rate in the corresponding period in 2018, which has had an impact on year-on-year comparisons.

HMRC Monthly data shows UK home sales remaining steady. April saw 99,420 home sales which is close to the 5 year average of 101,249 and follows a similar result in March. Sales in February to April fell 0.2%, against the levels in November to January. April home sales were flat against the previous 12 month average of 99,322.

Mortgage approvals rise back above the 12 month and 5 year averages. Bank of England industry-wide figures show that the number of mortgages approved to finance house purchases – a leading indicator of completed house sales – rose 5.9% in April to 66,261. The April rate is just above the 5 year average monthly approval rate of 66,066, and is 1,118 above the previous 12 month average of 65,143. While this is a notable change on a monthly basis, the approval level is still very close to the longer term averages.

Demand for and supply of housing remains subdued for another month. The RICS UK Residential Market Survey again showed a subdued result for nearly every measure. The sales to stock ratio dropped slightly to 30.7% and is, as last month, at its lowest rate since September 2013. Price expectations and sales expectations showed a small improvement, for the third month running, but both expectations remain firmly negative.

Russell Galley, managing director of Halifax said, “We saw a slight increase in house prices between April and May, but the overall message is one of stability. Despite the ongoing political and economic uncertainty, underlying conditions in the broader economy continue to underpin the housing market, particularly the twin factors of high employment and low interest rates.

This is supported by industry-wide figures which suggest no real change in the number of homes being sold month to month, while Bank of England data show the number of mortgages being approved rose by almost 6% in April, reversing the softness seen in the previous month.

While current conditions may help those looking to make their first move onto the property ladder, existing homeowners will doubtless be considering long-term house price growth which continues to look subdued in comparison to recent years.

Looking ahead, we expect the current trend of stability based on high employment and low interest rates to persist over the coming months, though clearly any downturn in the wider economy would be keenly felt in the housing market.”

As ever, the property industry was quick to react. Here’s what they’re saying:

Marc von Grundherr, director of Benham and Reeves said, “I think this week, in particular, we’ve been reminded that Brexit isn’t the be all and end all and this is a mentality that’s been returning to the UK housing market over the last few months.

All in all, we’re in a very good spot right now. High employment and steady wage growth are bringing an overarching air of stability to the market, subdued house price growth and low-interest rates are giving first-time buyers an additional leg up, but we’ve also seen the largest rate of annual house price growth in the last year which is positive for existing homeowners.

On the face of it, the clouds of political uncertainty seem to be lifting from the UK property market, although it remains unclear as to whether this is a brief respite or this positive movement will remain.

Shepherd Ncube, Founder and CEO of Springbok Properties said, “We’re starting to see the strong uplift in mortgage approvals seen throughout the start of this year translate into some pretty consistent house price growth and while the market isn’t moving at full speed, it is certainly building up a head of steam.

This positive growth continues to be driven by the nation’s more affordable regions but it’s only a matter of time before the likes of London and the South East follow suit.

While the rate of house price growth hasn’t quite returned to full form, some might argue that these are ideal conditions for the cultivation of the UK property market and a slow but steady rate of growth is far healthier than the exuberant increases of previous years, or of course, the sharp declines.”

Tomer Aboody, director of property lender MT Finance said, “With an annual rise in values based on the same period last year, along with a steady increase in transactions, the housing market is continuing to show signs both of recovery and confidence.

“Buyers have come to the conclusion that enough is enough, and the uncertain conditions which have been facing them could carry on for a while still, so that shouldn’t hold them back from getting on the ladder or moving up or down it.

“Fewer homes are on the market since sellers feel that they either don’t have to sell when values are still down on 2016 or with the stamp duty levels being so high they can’t afford the step up so are staying put for now. We don’t see this changing anytime soon.”