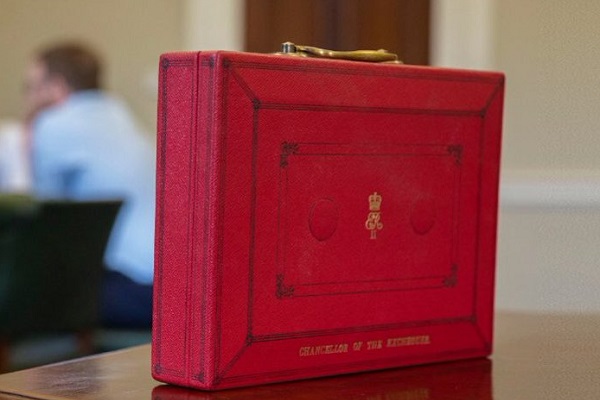 On a day where the Bank of England dramatically stole the thunder from newly appointed Chancellor Rishi Sunak, we take a look at what today’s Coronavirus dominated budget had to offer the housing industry.

With so much being needed to be done for key areas such as health, education, infrastructure and policing, you would be forgiven for thinking that there would be little left in the kitty for the housing market.

The Affordable Homes Programme was extended with a new, multi-year settlement of £12bn. Nearly £1.1bn of allocations from the Housing Infrastructure Fund to build nearly 70,000 new homes in high demand areas across the country was confirmed as was around £650m of funding to help rough sleepers into permanent accommodation. Buying up to 6,000 new places for people to live and enabling a step-change in support services. Possibly the biggest housing-related announcement was the 2% increase on Stamp Duty for non-UK residents. Many will see this having a major impact on property demand in major cities across England, potentially causing a shortage in rental homes as overseas-based landlords try elsewhere. The flip side of this, of course, is that it could also free-up competition for domestic landlords, encouraging them to invest and providing more homes for the UK’s swelling tenant population.

Collins said, “Delighted to hear such huge commitments from the government where research and development is concerned. An increase in the R&D credit amount to 13% and a commitment to encourage the biggest R&D investment by industry in 40 years, to increase to 2.4% of GDP, shows this government is serious about encouraging business and business investment within the UK.

“This is a fantastic sign for all industries who look to better their business practices through R&D, especially when they have the ability to recoup such spend with R&D tax credits. Something certainly worth raising a glass to, be it Scotch or otherwise.”

Director of lettings and sales agent Benham and Reeves, Marc von Grundherr said, “The Coronavirus has been a justified but convenient smokescreen that has allowed the government to gloss over any real details on around fixing Britain’s broken housing market yet again. 70,000  affordable homes targeted in high demand areas is admirable, along with proper funding for removing unsafe cladding and £650m to provide permanent dwellings for rough sleepers.

However, not only is the latter long-overdue, it really fails to help the average homeowner and is nothing more than a hat-tip to the unnatural Conservative voter that government must keep onside. The industry will be familiarly unsurprised but disappointed all the same. The only silver lining is that we didn’t see the additional three percent stamp duty for foreign buyers announced, that would have kicked the chair from beneath an already fragile area of the London property market. ”

Founder and CEO of new home specialists Stone Real Estate, Michael Stone said, “Yet another chancellor with claims to get Britain building but building on brownfield alone will do little to solve the housing crisis.

Brownfield land accounts for just 0.5% of the landmass in England and whilst we heard him wax lyrical about his good friend the Housing Secretary announcing a planning shake-up tomorrow, we have heard this a few times before’.

New build numbers are indeed higher now than for some time yet Sunak, Jenrick and Co would be wise not to rest on their laurels as this Budget seems to indicate they are.”

Co-founder of Ome, Matthew Hooker said, “No news is good news for the UK rental sector having previously seen a number of penalties imposed in budgets gone by. But while today’s budget glossed over the rental sector altogether, there would have been many hoping to see a bone thrown in the way of some financial relief. So while they are no worse off than previously, they are also no better off. A bittersweet budget in that respect.”

James Kirimy, GM for rental marketplace Spotahome UK and Ireland said, “We were hoping for more news about the rental market from today’s budget, particularly addressing current concerns from the buy-to-let sector that have caused the appetite of UK landlords to dwindle.

While we would have liked to see some positive focus for both UK tenants and landlords, the rental sector continues to be a thriving community supported by a backbone of UK landlords, supplying the much needed rental stock for those who would otherwise struggle to put a roof over their heads.”

Founder and MD of peer to peer lending platform Sourced Capital, Stephen Moss said, “A double whammy of lower savings returns as a consequence of the sudden interest rate cut and the wiping away of £9m in lifetime entrepreneur tax relief in one foul swoop.

“Anyone would think that it was Jeremy Corbyn that got elected in December and not a Tory government. Luckily, there are other more lucrative areas of investment return that the Treasury has not yet soiled such as the ISAs and property investment vehicles. Move quickly, for there is also a Spending Review around the corner and you may well find that these last lucrative bastions may also soon be curtailed.’