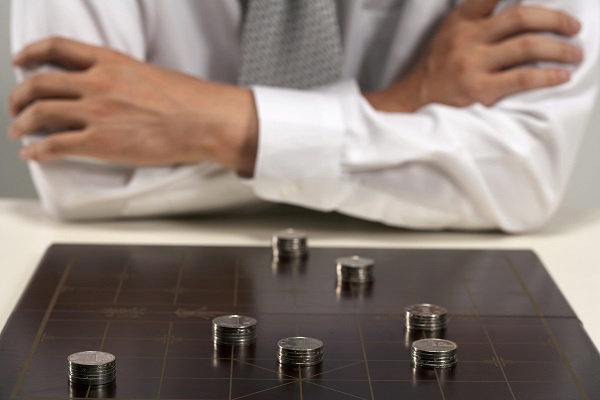 These are Manchester, Leeds and Bradford. LH1’s prime Manchester scheme, Spinning Mill, sold out fully off-plan within 16 weeks, whilst their scheme on Leeds’s South Bank has recorded significant value growth since the Development completed in 2020.

Since the announcement of the High-Speed Railway 2 (HS2) key northern cities have undergone extensive city centre regeneration in anticipation of increased job and population growth in response to the much-improved travel connections to London, which has resulted in property values rising considerably.

Rayna Hunter, Managing Director & Head of Global Sales at LH1 London, commented: “Property investment in the Northern Powerhouse has been the best kept secret for many years, but now investors are starting to realise the incredible returns on offer at high-quality city centre developments in the north. There is no shortage of demand, and all the predictions we’re seeing are that this is only going to continue in the years to come.

“We have seen evidence of this, with multiple developments selling out off-plan in record time, one example being an impressive heritage refurbishment of 85 units in Manchester, which was fully sold within four months of being launched. This development offered exceptional value for money and space for the city. Both investors and local owner occupiers alike were quick to snap these up.”

Typically, investors from overseas opted for the London market, due to its position as one of the most popular cities in the world, however, there has been a migration to regional cities in recent years, with high London property values negatively impacting potential returns.

In contrast, domestic investors have long seen the potential of regional UK cities, however, recent regeneration of key areas across the north has also drawn-out institutional UK investors from London.

Rayna added: “According to reports, investment into the private rental sector in Manchester, Birmingham and Leeds combined reached £1bn in 2020, which is triple the figure recorded in 2018. Investors from the Middle East and Hong Kong are becoming more prominent as they are seeing less value in London, whilst also wanting to diversify their portfolio in an investment safe haven that is the UK, so these improving cities are becoming much more attractive.”

LH1 London focuses on areas of regeneration that offer capital growth through the build cycle, which is attractive to both local owner occupiers and savvy investors alike, looking for a rise in value of assets ahead of full completion, that also offer the highest potential returns. Currently within LH1 London’s portfolio pipeline is over 1,500 units in key areas across the Midlands and North of England, including major developments in Manchester, Bradford and Leeds.

In terms of property value growth, it’s difficult to find a better location than Manchester. The UK’s new ‘second city’ has dominated growth charts over the last 20 years and has surpassed every other major UK city.

Manchester’s housing market has continued to perform excellently despite recent challenges through COVID-19, however, with overall demand at the end of 2020 33% higher than in the same period in 2019, the Manchester property market is predicted to continue its sharp upward trajectory.

LH1 London has just sold out at one of Manchester’s most iconic developments, Spinning Mill, which is a sympathetic restoration of a canal side historical flax mill. The collection of 85 apartments sold within 16 weeks of being released onto the market, with the majority of units snapped up by a mixture of local owner occupiers, domestic and international investors.

Recently voted the UK City of Culture for 2025, Bradford is fast becoming the rising star of The Northern Powerhouse. Due to its ever-growing economy of 11.6bn, Bradford has been earmarked as an area of significant inward bound investment, with savvy investors realising that Bradford is in a similar position the city of Leeds was in a couple of years ago and are anticipating sharp increases to property values.

LH1 London has recently launched Phase two of The Printworks in Bradford, which comprises a collection of 137 one and two-bedroom apartments, with prices ranging from £120,000 to £155,000.

A landmark development for the city, The Printworks is the former home of the renowned Hallmark Cards and consists of a stunning Grade II-listed conversion, with two ground-up new build blocks, adjacent to parkland, a golf course, and a school.

To date, a mixture of local professionals and international investors have been the main purchaser demographics, with both attracted by the quality of the scheme and the potential value growth on offer.

Leeds has become best known in the property sector as a student city, which lends itself perfectly to buy-to-let investors, with a steady annual demand for quality apartments in city centre locations.

Property prices in Leeds climbed 7.8% over the past year, which is above the UK average, where prices have risen by 7.4% since December 2020.

The five-year total shows that property values in the city have leapt 23.75% which indicates broadly that Leeds is a safe place to invest in, thanks to continued regeneration of various areas in and around the city centre.

A recent project overseen by specialist Off-Plan Property Consultants LH1 London is Victoria Riverside on the coveted South Bank. Comprising a collection of one and two-bedroom apartments all units sold off-plan within weeks of being launched.