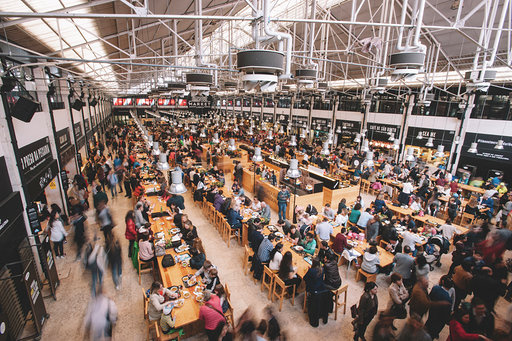 New Time Out Market set to come to London

Time Out Group has signed a conditional lease agreement for a new Time Out Market in London, with planning already granted.

Right at the heart of the city and the popular South Bank neighbourhood, Time Out Market London will be the centrepiece of Waterloo.London, a major retail and leisure development in Waterloo station where almost 100 million passengers flow through every year.

Time Out Market London will bring the best of the city together under one roof: its best food, drinks and cultural experiences, based on the editorial curation Time Out has always been known for. Visitors will get to enjoy 17 of the city’s most acclaimed chefs and restaurateurs, three bars and a space for cultural experiences – it will be a handpicked mix showcasing the outstanding talent making up the city, all in one unique space. With the opening expected in 2021, Time Out Market London will occupy 32,500 sq ft over two floors, accommodating around 500 seats.

The first Time Out Market opened in 2014 in Lisbon and is now the country’s most popular attraction with 3.6 million visitors in 2017. With seven new sites in the pipeline, the Group is in the process of a global roll out of this successful format: Time Out Markets are set to open in 2019 in Miami, New York, Boston, Chicago and Montreal; followed in 2021 by London – Waterloo and Prague. The sites in Montreal and Prague are the Group’s first management agreements.

Time Out Market London will anchor a £200m redevelopment of 135,000 sq ft within Waterloo station – led by property and regeneration company LCR – which will bring the former International Eurostar Terminal back into use with a variety of local, independent and national retail and leisure offerings.

With planning permission already in place, the long-term lease agreement for Time Out Market London in Waterloo station is conditional on obtaining licence approval. The Group has a range of funding options available to it, in order to finance the capital requirements of this new owned and operated market. The Company had previously announced a Time Out Market in Spitalfields (London) for which it continues to pursue planning consent with the Landlord’s backing; if successful, opening would not occur before the second half of 2020, providing Time Out Market with a presence in both east as well as central London.