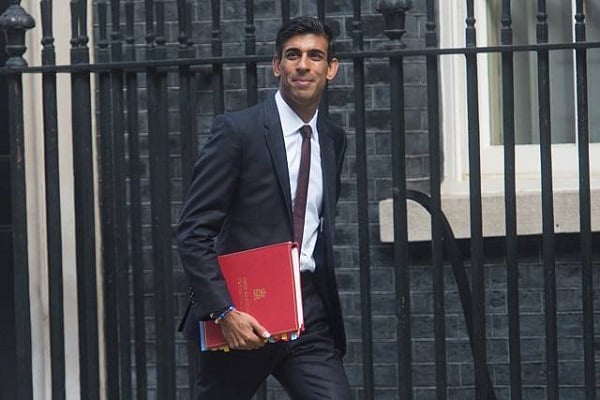 A new report from the Social Market Foundation says tens of billions of pounds of new taxes should be levied on increases in the value of homes to ensure the costs of the coronavirus crisis “do not fall unfairly on younger people.”

The report recommends that the Treasury should raise £421bn over the next 25-years by imposing a new ‘Property Capital Gains Tax’ on all homes sold in the UK. It says the tax could be set at 10% of the increase in the value of the property since it was last sold.

Written by Michael Johnson, a former banker and actuary, the SMF report says that the fairest place for the Treasury to levy new taxes is “unearned” gains on residential property. Taking account of mortgage debt, the equity in UK homes is worth more than £5trn pounds, a figure that has more than doubled in the last 20-years.

Rishi Sunak, the Chancellor, last week ordered a Treasury review of capital gains tax, looking at how capital gains are taxed compared to other types of income. The SMF said that unearned gains on property are a better target for new taxes than workers’ earned income.

Levying a new tax on the gain in property prices when sold would raise £629bn for the Treasury over 25-years, the SMF paper estimates. It says some of this should be used to abolish stamp duty and inheritance tax on property, leaving the Treasury with £421bn to repair the public finances.

Michael Johnson said, “The vast £5trn pool of equity in homes presents the Treasury with an opportunity to pay for the economic damage done by the coronavirus, through the introduction of a capital gains tax on the unearned gains in the value of property.

“The alternative is that the young will have to pay for a debt-laden future. They are already hugely disadvantaged, financially, relative to older generations. Asking them to bear the burden of this crisis in the decades ahead would be unfair and unreasonable.

“The coronavirus has, probably, merely accelerated our progress towards a similar destination. However, unlike Japan, we run a current account deficit and rely on large amounts of foreign capital to finance our debt. There is likely to be escalating competition for international capital, putting upward pressure on gilt yields. The Bank of England could step in to fund the Treasury directly, but for how long? Or are we actually destined for quantitative easing in perpetuity?”

James Kirkup, director of the Social Market Foundation added, “These reforms are bold, far-reaching and could be politically controversial: the older voters who own most British property are a powerful group.

But the scale of the coronavirus crisis and the unprecedented outlook for the public finances mean that responsible politicians of all parties must be prepared to embrace new ideas and take bold action.

“Failure to act risks severe economic and social harm. A post-crisis era where the costs of the crisis fall more heavily on the young than the old could strain the social contract between the generations to breaking point.”