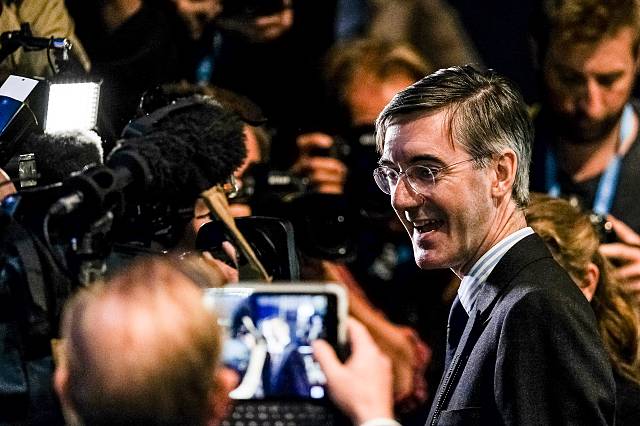 Today the Institute of Economic Affairs publishes a report, co-authored by Jacob Rees-Mogg MP, that proposes a programme of free-market reforms to help tackle the UK’s housing crisis.

This new academic paper written by Jacob Rees-Mogg MP and IEA author Radomir Tylecote, will serve as the foreword to a larger collection of essays, which propose a range of market-based ideas to increase the supply of homes in the UK.

Today’s paper calls for green belt land to be selectively re-classified where housing is most needed; for tax distortions such as Stamp Duty and Capital Gains Tax to be revised and reversed; and for permitted development rights for individual streets or villages to be introduced, among other reforms.

For over a generation the UK has built houses at a lower rate than any other country with comparable data, and in less than 50-years the average house price has risen four and a half fold after inflation. The report asserts that no other OECD country has experienced a price increase of this magnitude over the same period.

Rees-Mogg and Tylecote argue that, as a result of increased state control in the market, the UK builds too few houses, which are too small, in the wrong places, and built in a way that is considered undesirable by the majority of British residents.

The report outlines how government interventions have exacerbated the housing crisis and sets out a four-point plan to incrementally reform the flaws in our planning system.

Reasons for the housing crisis

This new IEA report outlines how the Town and Country Planning Act and other state-led policies have created a complex and bureaucratic planning system, all contributing to the housing crisis we now face.

Government-led solutions that hinder, not help

The report advocates a comprehensive reform plan, which could be rolled out incrementally in one or two major cities first, for example Birmingham and Manchester to trial the reforms and provide evidence that they are both beneficial and will not lead to negative equity for existing homes.The reform plan includes:

The green belt often fails to achieve its purpose of aesthetic and environmental preservation and has expanded well beyond what was originally intended. Some Metropolitan (London) green belt land is now twenty miles from a London borough.

Co-author Conservative MP, Jacob Rees-Mogg, said, “Once Brexit is delivered, resolving the problems of the UK’s housing market will be the most important political challenge we face. Many young people, already struggling to afford to pay rent in the big cities, can only dream of buying their first home, and those who wish to downsize cannot afford to because of the inherent costs of doing so. It is clear the central planning of housebuilding does not work and something has to change.

“This important report sets out a number of ways in which our sclerotic planning laws can be reformed to free up land for development in the places homes are needed; how tax can be cut and decentralised so as not to clog up or distort the housing market; and how planning powers can be devolved to local authorities to build and beautify our towns and villages.

“We now have the ideas with which we can relieve our housing shortage. All that’s left is the political will to do so.”

IEA co-author Radomir Tylecote, said, “Britain’s lack of housing is arguably the greatest economic challenge of our times. It is creating inequality and harming opportunities for young people. Radical action to build houses and increase home ownership is desperately needed.

“Raising the Roof proposes a programme of decentralisation, tax-cutting and releasing state-owned land that can unlock the promise of property ownership for a new generation.”