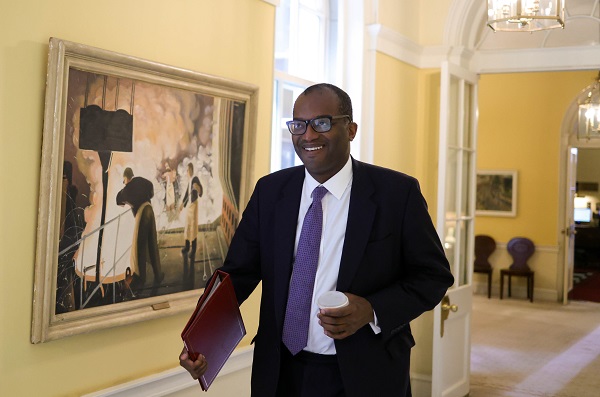 Chancellor Kwasi Kwarteng set out in his first “mini-budget” and stated on Friday morning, we were “at the beginning of a new era.”

Kwarteng said he is focused on growth, and wants to “support families to own their own home.”

Before today’s announcement, the threshold for first-time buyers at which stamp duty is paid was £300,000.

For other buyers, the threshold has been doubled – meaning buyers will now only pay the tax above £250,000.

Stamp duty was last cut during the pandemic, raising the threshold temporarily to £500k in a move to help stimulate the property market. Truss has been vocal in the media with regards to the tax claiming that cutting stamp duty was “critical” to economic growth and that the highest rate of stamp duty lead to fewer transactions.

As expected, the property industry was quick to react to the news. Here’s what they’re saying:

The New Economic Foundation was among those to respond, saying, “A stamp duty cut pushes up house prices further and makes homes in our already overheated market more expensive for people on ordinary incomes.

“This mainly benefits the wealthiest and puts affordable homes further out of reach for millions desperate for a secure place to live.”

He added, “With interest rates rising and expected to hit just below 5% by the start of 2023, much of the cut to stamp duty will be quickly absorbed by higher mortgage costs.”

In response to the Chancellor’s announcement that Stamp Duty would be cut so that the exemption is raised to the first £250k (and £425k for first time buyers), Hinesh Chawda, MD of boutique property developer Life Less Ordinary, said,

“This cut to Stamp Duty will create more affordability in an environment where interest rates and inflation are both rising quickly.  First time buyers, in particular, are facing the imminent end of the Help to Buy scheme without any replacement proposal, so this stamp duty cut will really assist them in making the move onto the property ladder.

“It doesn’t however address the fundamental issue of shortage of supply, which is inevitably increasing property prices, thereby making it harder for first time buyers to make the move into property.”

“Together with other measures designed to boost the economy, a cut will intensify and prolong demand in the housing market. However, what the Chancellor is giving away, the Bank of England will more than take away. Many buyers will find the impact of rising mortgage rates soon eclipses the benefit of a stamp duty cut, which will keep firm downwards pressure on prices next year.

“The cost of a five-year fixed-rate mortgage has almost tripled over the last year and this upwards trajectory will continue. Almost four million first-time buyer mortgages have been issued since 2009, which is a large group of homeowners who don’t know what it’s like when monthly interest payments rise meaningfully. The gravitational forces of higher rates will bring house prices back down to earth irrespective of any stamp duty cut.”