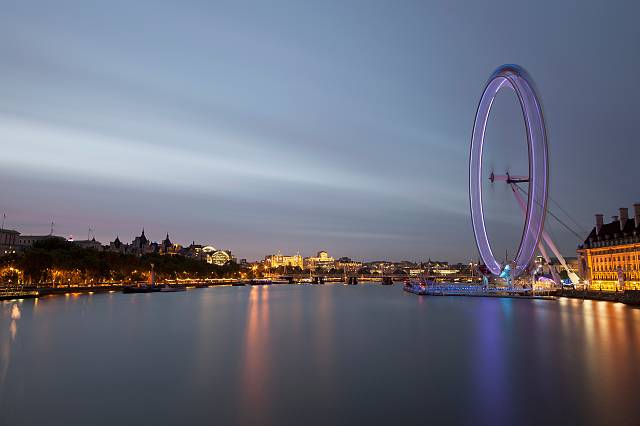 New research by GoCompare has named The South Bank, one of London’s most popular tourist hotspots has been named Europe’s most filmed location, as well as ranking No.11 globally, above Trafalgar Square, Piccadilly Circus and California’s Hollywood Boulevard. Home to some of the capital’s most popular attractions including the London Eye, Tate Modern and Globe Theatre, the South Bank has featured in over 72 films since 2002, including the recent James Bond blockbuster Spectre. The area’s recent regeneration, which includes a new five-star hotel, restaurants and the refurbishment of the Southbank Centre has seen this stretch of the Thames grow in popularity, recording over 22 million visitors annually.

Set back from the London Eye, surrounding the prominent Shell tower, the 5.25-acre Southbank Place development will further add to the appeal of the area, whilst the development is set to provide a modern backdrop in sweeping shots of the Thames for generations to come. Southbank Place, which is a joint project between Qatari Diar and Canary Wharf Group, has now successfully sold nearly 90% of its apartments, reaching a total sales value of circa £600m.

The South Bank, which sits behind New York’s Central Park and Times Square in a recent Top 20 study of the world’s most filmed locations; is the highest ranking European attraction, above internationally renowned sites such as Big Bear Lake in California and London’s Old Royal Naval Collage.

Brian De’ath, Director of Residential Sales at Canary Wharf Group, said: “Southbank Place is one of if not the best located residential development in central London. Positioned on a prominent stretch of the South Bank overlooking the London Eye, County Hall and Houses of Parliament the project will be the centrepiece of the London skyline for many years to come.”

“We have been conscious of the location and the prominence Southbank Place will have on the London skyline from the outset. We wanted this project to be iconic and instantly recognisable, so enlisting some of the best architects in the world was key to achieving the best possible design.”

“Local events at the nearby Southbank Centre and Royal Festival Hall highlight the increasing popularity of the area and help to increase awareness of the South Bank as a destination for buyers. This, supported by the new quality residential, retail and commercial additions at Southbank Place, will help increase the popularity of the area, cementing it as one of London’s foremost hubs for culture and commerce”.

Southbank Place has been designed to ensure the Shell Centre tower remains the centrepiece of the new site, with the development in total providing over 800 new homes, 48,000 sq. ft. of shops, restaurants and bars, as well as 530,000 sq. ft. of office space, when complete in 2019.