Home Property How best to deal with noisy neighbours 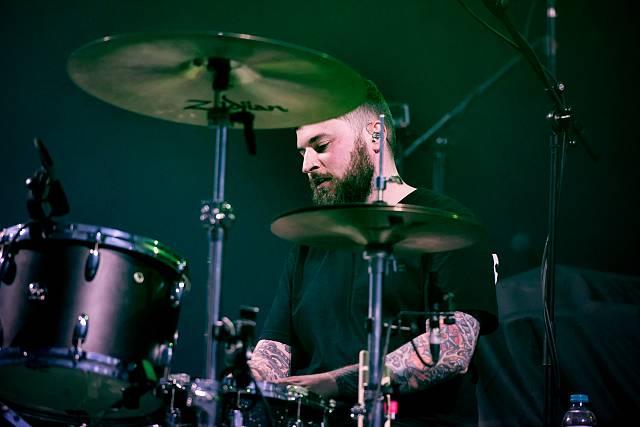 How best to deal with noisy neighbours

On an otherwise unremarkable late Monday morning, 27th August 1883, a small archipelago of islands in the Dutch East Indies (now Indonesia) violently self-destructed, producing the loudest sound the world has ever heard.

I am, of course, talking about the eruption of Krakatoa. The explosion created by the legendary volcano was so incomprehensively loud, it would have caused instant, irreparable deafness within a 10-mile radius and was heard over 3000 miles away, producing a shockwave that travelled the globe three and a half times.

The only reason I mention this is that my neighbours had a party over the weekend and the volume of ‘Too Shy’ by Kajagoogoo made the events of that fateful morning in 1883 seem like a mouse fart in a library. It was spleen-rupturingly unpleasant and, as I lay there vibrating for what seemed like hours, in my vibrating bed in my vibrating house, I cursed them. I played out all sorts of elaborate scenarios ranging from sternly informing them that I took a rather dim view of their festivities, to liquifying them.

I had clearly been driven insane by the volume of unwanted sound in my head. How do you even liquify a family gathering?

It just stopped. No gradual fadeout, no warning, just silence. I mean I say silence, there was of course the reassuring tinnitus that usually kicks in when you have been listening to 80s music at hallucinogenic levels and then suddenly don’t. My final thoughts about how I was going to exact my revenge and deal with them provided a sort of warm, fuzzy comfort. I stopped vibrating and finally fell asleep.

This is how I dealt with them

I didn’t. I saw them a few days later, gave them my usual cheery “Morning!” and shuffled off to work, ditching my hastily scribbled research into alkaline liquification methods into the nearest bin. The reason for this is threefold.

1: They gave me plenty of warning. It was a big party (combined 50th and wedding anniversary) and they informed me well in advance. I knew this was going to happen.

2: It was an absolute one-off. In fact, in the six years we have been neighbours, these were the only sounds I’ve ever heard from their home after 10pm. They are definitely not ‘party people’.

3: I get on with them. They are good neighbours. Always friendly, keep an eye on your home when you’re on holiday, Christmas card giving, lend-you-a-cup-of-sugar-in-a-heartbeat type of neighbours. I’m pretty lucky in that respect really.

Yet, in that briefest of moments, I fantasised about melting them.

That’s the thing about noise. You can’t escape from it. It’s literally inside you and if it’s out of your control it can drive you to desperation because it’s completely invasive.

I think the key thing is good communication. It may be cliché, but it’s good to talk to your neighbours. You don’t have to have to discuss life, the universe and everything with them, simply being on ‘nodding terms’ is enough for most people these days. Roughly a third of people have found that simply talking has solved most neighbourly disputes immediately. And more often than not, your neighbours won’t even realise they have been annoying unless you broach the subject with them. They’ll just remain blissfully unaware as they bob around in a large vat of highly corrosive soup unless you have a chat and no one wants that.

When should you have a chat?

It does depend on how well you know your neighbours and how you all get on, but nevertheless, timing is important here. What you don’t want to do is rock up in the middle of their party and start telling everyone to shush. You’re angry, they’re drunk, Limahl is distracting you, you’re not going to win. Instead, it might be wiser to catch them at some point over the following days in a public area once everyone has calmed down and sobered up and speak to them there. Or even over the garden fence, like they do in films.

Generally, remaining calm and reasonable will get you better results than being confrontational. You have the moral high ground here; make sure you keep it.

A good idea is to have at least three examples of when noise levels were unacceptable. If possible, have dates to hand and times too. Explain how the noise affected you, but don’t fly in with accusations. Instead of yelling, “You and Kajagoogoo kept me awake!”, go with, “I couldn’t sleep because of the noise the other night.”

Also, make sure you specifically tell them how you would like them to fix the problem. For example, if they hadn’t already, providing some forewarning before any future parties so you can prepare or make other plans, or keeping yodelling practice before 10pm.

If you don’t know your neighbours particularly well it could feel a little daunting and, should you feel unsafe, it’s perfectly reasonable to take a friend or family member for some support. Just bear in mind that it’s for a neighbourly chat, so leave the pitchforks at home.

So what should you do if you have spoken to your neighbours and nothing has changed?

Your first port of call should probably be the council. However, getting a local authority involved will almost certainly raise tensions and your neighbours could end up in court, so tread carefully. Additionally, any official noise related complaints will go on record, ultimately making it harder for you to sell your house in the future.

Once the council have received your complaint, their first move will be to send your neighbour a letter informing them that ‘someone’ has complained about the noise. They will not disclose who has complained. Usually, noise complaints go no further than this. As previously mentioned, people are usually unaware about their own noise levels and just won’t realise they’re being a pain. What might be unacceptable for you could be perfectly normal for them, so a letter seemingly out of the blue from the council informing them that someone on the street is not as big on one hit wonders from the 80s as they are should do the trick.

This is my noise diary. There are many like it but this one is mine..

The council will want to see how the noise is affecting you and may ask you to fill out a ‘noise diary’. Your noise diary will become your new best friend and will help you log times and places you heard excessive noise and where it came from, enabling the council to establish a more effective method of investigating. You may be required to call someone who will come round to verify that there is excessive noise or, usually if the noise is heard at unsociable hours, install noise monitoring equipment. Yes, okay, a bit like a spy.

If your neighbours have been warned by the council and nothing has changed, the council may deem the noise to be a “statutory nuisance” (one that is a nuisance under law). Once this has been confirmed, an “abatement notice” may be issued. Your neighbour will be informed that unless they stop they will be prosecuted and might end up with a £5,000 fine. For commercial premises, this can be as much as £20,000. However, this can be a lengthy process as the council has to establish how much of a nuisance your neighbours are being without moving into your spare room and becoming your new housemate.

Another, less complicated, route is mediation

The council may decide that mediation at a neutral location is the best route if all relations have broken down between you and your neighbour. A professionally trained mediator will set up a meeting with the aim of helping your neighbour understand your point of view, and vice versa. Although it is government funded, it does not involve the law, so might be an ideal solution for those who wish to stay out of the courts. The good news is that it’s completely free and usually pretty successful. The bad news is that it is voluntary, so your neighbour will have to want to attend.

Time to lawyer up

If the council decides not to get involved, you can take your neighbours to court. It is advisable to have exhausted all other avenues before trying this and should only be explored as an option should the noise problem be particularly bad or sustained over a decent period of time. The reasons being that it could get expensive pretty quickly and you’re going to look unhinged if you start calling Ally McBeal to deal with a one-off that could have been sorted out with a friendly chat.

If you decide you would like to take your neighbours to court you should seek legal advice from a real lawyer, not Calista Flockhart, she never replies.

The other thing to bear in mind is whether your neighbour owns their property. If they are a tenant, they could be in breach of a clause in their tenancy about not disturbing neighbours with noise. In some tenancy agreements, there may be a line or two that states that the tenant must not make noise audible outside their property at certain times (say, 11pm to 7am). Some rental contracts also ban pets and even musical instruments – handy to know should the problem involve either of these. If you know the agency that your neighbour lets through, this should be your first port of call after you have tried to resolve the issue directly with them. If they rent privately, it could prove more difficult unless you know who their landlord is.

In almost all instances it is better to speak to your neighbour about noise issues rather than try to liquify them.