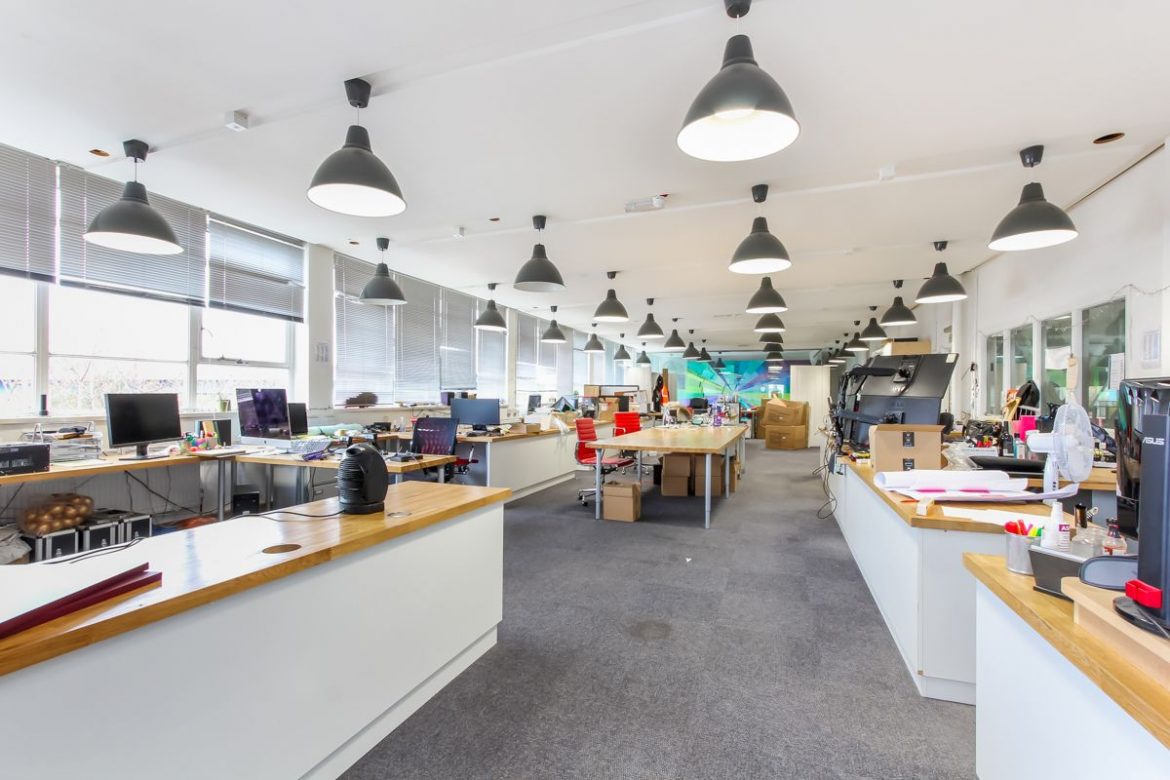 South London estate agents KALMARs have brought the light industrial warehouse at 138-40 Nathan Way to the market for £6,000,000. This impressive 36,669 sq ft property was formerly the workshop and headquarters of Helix 3D, a design company who used it for large scale production for film, TV, and PR events.

KALMARs’ acquisition of Nathan Way follows on from their successful leasing of a warehouse in Bermondsey to Forest Road Brewing Co. in August 2020.

The warehouse is a valuable asset for investors looking to purchase the unit and re-let for rental income, as well as potential owner-occupiers from artist studios and scenic design companies.

The site is located within West Thamesmead Business Park, which forms part of the Councils Defined Industrial Area in the Greenwich Development plan and is approximately one mile from Woolwich town centre. The property comprises a self-contained purpose-built warehouse of masonry construction flanked by metal casing with a glass roof supported by steel beams. It is accessible via two full length roller shutters at both ends of the unit, and benefits from three-phase power throughout.

The building’s scale allowed Helix 3D to construct large and lavishly detailed sets and models. Founded in 1999 and employing over 40 skilled professionals, the company constructed the remarkable revolving set for an advert for the coffee brand Senseo, which was filmed live action with a rotating rig cantilevered out by two metres either side of the revolve using stunt performers on wires. The company have also created the sets for the new BBC documentary Jack Whitehall’s Sporting Nation and the hit 2011 comedy horror film Attack the Block, which was Star Wars star John Boyega’s first major role.

The impressive acquisition of Nathan Way demonstrates the scope of KALMARs’ South expansion into the industrial real estate sector. The £2.7m lettings deal with UK-based Forest Brewing Co. was an early indication of their ambition and brought another beer company to Bermondsey, an area now recognised as ‘London’s beer district.’ Woolwich has a different manufacturing history, with strong historic links to military technology. It is home to the Royal Arsenal, which employed almost 80,000 people during the First World War.

In 1886 fifteen munitions workers from the area formed a local football team which has since relocated to North London but retained the Woolwich connection in its name – Arsenal F.C.

Piers Hanifan, Head of Industrial Development at KALMARs, says: “Acquiring the warehouse on Nathan Way in the New Year was a big success for us and we’re very excited to be launching this listing. It has a fantastic history and some of the sets that have been built on this site are simply incredible. It’s also important that we’re contributing to the continuing evolution of Woolwich and its industry, and we look forward to finding the right buyer for the property.”