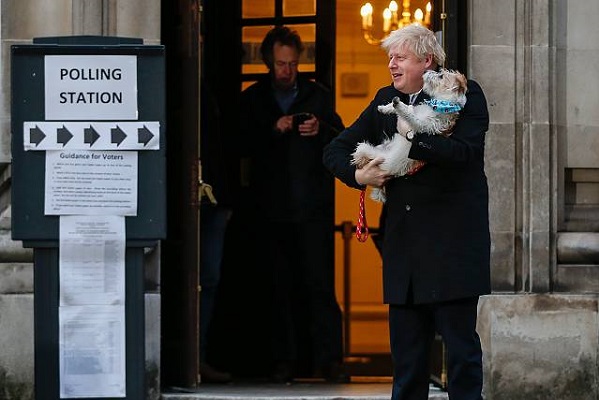 Ending rental pet bans to cause confusion among landlords and tenants

The government’s plans to remove restrictions on pets from its model tenancy agreement could cause confusion between letting agents, landlords and tenants, according to No Letting Go.

The UK’s largest provider of inventory services says this confusion could lead to an increased number of disputes and put landlords’ properties at risk from unnecessary damage.

Plans to remove restrictions on pets from the model tenancy agreement were announced by housing secretary Robert Jenrick at the start of January.

He said the model tenancy for renters, which can be used as the basis of a lease agreement, will be revised to remove bans on ‘well-behaved’ pets. He said these steps would be taken to ensure more landlords are ‘catering for responsible pet owners’.

Jenrick added the revised model agreement would stipulate that total bans on renters with pets should only be implemented where there is a good reason, such as a property being too small or having no outside space.

Demand for pets is there in growing PRS

According to the ministry of housing, communities and local government, only 7% of rental properties are advertised as being suitable for tenants with pets.

This is despite various pieces of research suggesting that pet-friendly properties are increasingly popular with tenants. For example, a 2019 study by Landbay found that almost one in seven renters rated ‘pets being allowed in the property’ as their most important requirement.

This backed up Zoopla findings published earlier in the year, which found that the word ‘pets’ featured in the top three most searched-for property features in every region across the UK.

Nick Lyons, CEO and Founder of No Letting Go said, “As people rent for longer and increasingly view their rental properties as homes, it’s not a surprise to see the demand for pet-friendly properties is on the rise.

“However, the fact that only a very small number of landlords currently accept pets shows just how risky it can be.”

“Landlords who opt to accept pets can reap the benefits of higher demand and possibly higher rents, but they should approach accepting pets with caution and weigh up the pros and cons on an individual basis before committing.”

Too many grey areas will lead to confusion

The government has said that restrictions on well-behaved pets will be removed from its model tenancy agreement – something which could well lead to confusion, according to No Letting Go.

“For those landlords that choose to follow the government’s model tenancy, there could be several grey areas around which types of pets they have to accept and what constitutes a well-behaved pet,” Lyons explains.

“Something like the behaviour of an animal is subjective, so it’s easy to envisage problems arising when tenants keep pets and things don’t go to plan.”

“If tenants are able to argue that their pets are ‘well-behaved’, it may be harder for a landlord to successfully make deductions from a security deposit where damage is caused,” he says.

Lyons says these grey areas over liability of damage could cause financial problems for landlords.

He added, “At this stage, we’re also wondering what would happen to a deposit and the liability for damage if pets were introduced during a tenancy.

“Due to the variables of rental properties, animals and tenants themselves, it seems only right that landlords are able to make decisions on accepting pets on a case by case basis, rather than having to accept all pets within a certain framework if they choose to follow the model tenancy agreement.”

No Letting Go says that landlords following the model tenancy agreement once it is revised will need to make sure they have the relevant pet protection in place.

This includes having suitable insurance and making sure detailed and independent inventories are carried out at the start and finish of a tenancy. What’s more, if they do choose to accept pets, they will need to monitor the condition of their property effectively through mid-term inspections.

Lyons added, “A thorough inventory could help a landlord to prove any damage and whether a pet has been ‘well-behaved’. This sort of information could be crucial in costs of repairs from tenants’ deposits.

“Due to the Tenant Fees Act, landlords can no longer charge higher security deposits to tenants with pets. Therefore, they must take a range of other steps and measures if they want to keep their property safe while tapping into the growing number of tenants who want to keep pets.”