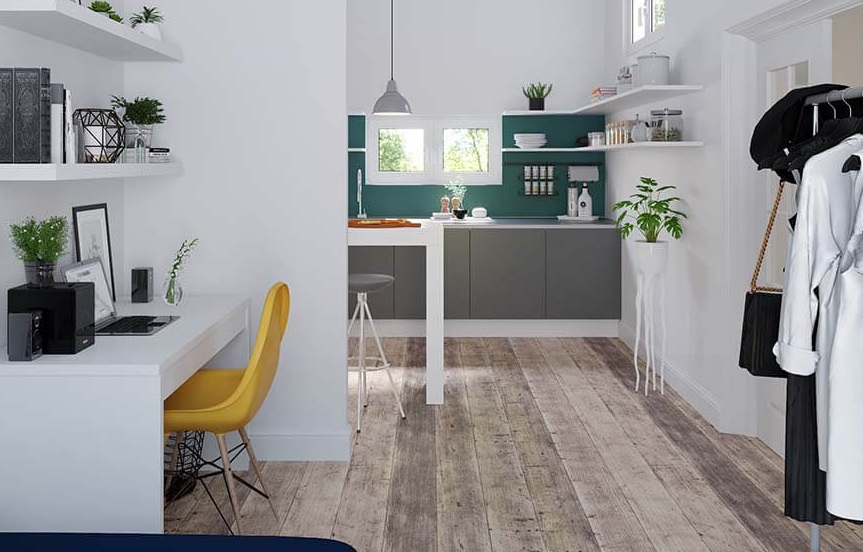 It’s not about the size, it’s the way that you use it; estate agents have been telling prospective buyers this for decades, describing properties as ‘bijou’ or ‘compact’ in order to disguise the fact that what they’re selling is, in actual fact, tiny. But they do have a point; even if you don’t have much space, there is a lot you can do with it to maximise what you’ve got, and, in some cases, even make it seem bigger.

A survey of 2,150 (potential) first time buyers was carried out by leading furniture retailer, MADE, to find out just how small a space renters would be willing to put up with. That is, the minimum floor space they’d be willing to accept  in order to get on the property ladder. They made some surprising discoveries: mainly that, on average, first time buyers in in the UK would be prepared to buy and live in a property that is just 34.7 square metres. That is almost a third of the size of the average property size in the UK (90 square metres).

When the stats are broken down nationally, it is first-time buyers in Scotland who have the lowest ‘space threshold’ at 33.5 square metres – ie the minimum sized property they’d be prepared to accept. They are followed by first-time buyers in England who’s minimum requirement would be properties larger than 34.3 square metres. But it is those in Wales who demand the greatest space, unwilling to tolerate anything less than 36.7 square metres. That sounds positively luxurious by comparison!

The results for England on a regional level are below:

Clearly, when space is at a premium, non-essentials are the first to go; when asked which feature the first-time buyers would be prepared to live without, however, those surveyed said an eat-in kitchen (32%) and outside space (21%). 20% would happily forego natural light, while 14% would give up having a bath. 7% wouldn’t mind not having a dining area, and another 7% would even be willing to give up having a separate bedroom. And even storage isn’t an issue for 44% of first time buyers, who admit to storing belongings at their parents’.

Finally, first time buyers were asked what their priority is when buying their first property: not surprisingly, affordability came top, at 32%, and was followed by space (26%), neighbourhood security (16%), proximity to public transport (10%), proximity to work (8%), proximity to family and friends (6%), and finally, the look and style of the property (2%).