Home Residential PropertyNew Build Could garden villages be the answer to the housing crisis? 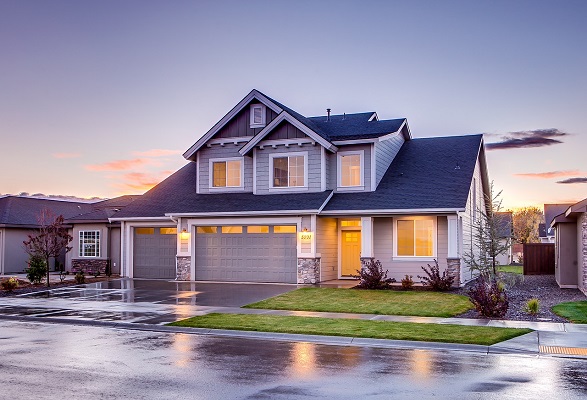 Could garden villages be the answer to the housing crisis?

The UK’s housing crisis has been thoroughly documented in the media, but could garden villages be a great way to tackle this issue we face as an overcrowded country?

What is a garden village?

The term garden village refers to a piece of brownfield land that has been used to create housing for new communities. They are usually smaller projects and will contain from 1,500 to 10,000 homes, they tend to have their own facilities such as schools for the children, shops for groceries and transport stations to commute in and out of the area. This type of village is perfect for families and first-time buyers looking to lead the picture-perfect life.

While there isn’t a definitive way to describe what a garden village is since they let communities living there establish their own identity that set out their own rules, they must be a settlement outside of an existing town or city and not be closely attached. The British government is supporting 17 locations around the country,  £6m will be funded to 14 new garden villages and £1.4m to support three different garden towns.

Garden towns are similar to a garden village, but bigger. There are plans to build garden towns in Aylesbury, Taunton and Harlow and Gilston. The towns are said to provide an extra 200,000 homes.

What are the regional implications?

It’s expected that garden towns and villages will eventually supply Britain with more 50,000 homes, meaning we will see a rise in the amount of manual work required in these regions as a result of the large development project. This will boost the economy as it will provide people with more jobs in the area. The regions will become more populated as people will be purchasing these new homes.

There is a popular misconception that this will put a strain on the resources of current residents nearby, such as school places for their children and obtaining doctor appointments. This will be avoided as garden villages are built with their own facilities such as schools and general practices. This will also create more jobs in the actual area of development.

Usually, garden villages will be built with their own transport links to commute in and out of the area, although more traffic on the roads could be a problem.

As garden villages are built on brownfield areas, we can see that that there will be a lot of greenery located around the new homes and homes will likely have garden spaces of their own. With everything looking brand new, there will be a need for new garden furniture, but what are the current trends?

Other garden crazes lately include the rise in popularity of hot tubs. Whether you’re renting them or buying them. Over the past few years, it seems like more and more people are purchasing hot tubs for their garden. In North Wales, a businessman has had to double the size of his hot tub showroom this year to keep up with demand. These are a great addition to any garden, especially if you have a rural view of the surrounding countryside.

Value of Britain’s new-build stock currently worth over £2bn

Commuter belts where buyers can snap up a new build...

The number of new build listings in Britain has declined...