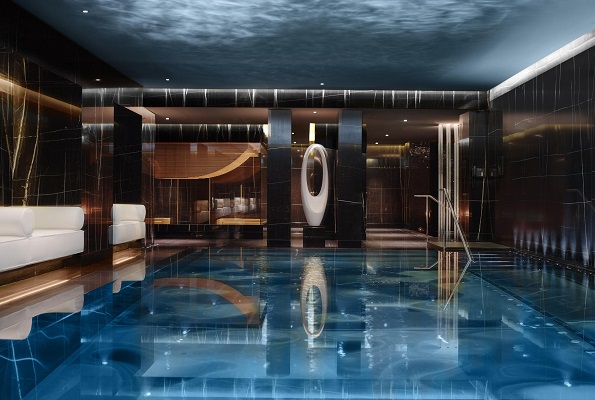 Aston Chase say that the Hong Kong multi-millionaire and his wife are regular visitors to London and the Corinthia Hotel London is their favourite hotel in the British capital. Benefitting from a generous budget, the couple wanted to purchase ‘an exceptional’ London pied-a-terre, ideally a property with immaculately presented new interiors, yet also offering history and character. The couple had initially looked with Aston Chase at other ultra-prime residences in Mayfair, Chelsea, St John’s Wood and Regent’s Park but when they learnt that the top floor home at the Corinthia Hotel London: Private Residences was for sale a deal was swiftly agreed, within under 72 hours. The Hong Kong buyer was introduced by Simon Deen, Director and Partner at Aston Chase, and the vendor was represented by Knight Frank. Stamp Duty on the deal was £1.2m. Such is the couple’s love for the Corinthia Hotel and its hotel suites, that part of the purchase agreement was that the bedrooms in the residence had to be fitted with the hotel’s ultra-cosy mattresses, bed linen and throws rather than the bespoke dressing which had previously been installed. Simon Deen, Director & Partner at Aston Chase said, “The Corinthia Hotel Private Residences purchase is the biggest deal in Whitehall in the last five years. Despite its prime location in the heart of London’s government district, by No.10 Downing Street, residential properties in Whitehall are more price competitive than neighbouring Mayfair, St James’s and Belgravia. The deal equates to a price of just under £3,000 per sqft, compared to other high-end developments in Mayfair the couple looked at which were priced at around £7,000 per sqft.” Deen added, “Hong Kong buyers want homes with pristine, brand new interiors, but they also love British history so properties like the Corinthia Hotel which have an illustrious history, room service and uniformed staff really appeal to them.”

The capital’s finest 5-star resort hotel, the Corinthia Hotel London was originally built in 1885 as a hotel and was a favourite haunt of King Edward VII. Between 1936 to 2007 it served as the Air Ministry and Ministry of Defence, before being luxuriously refurbished and reopened in 2011 as the Corinthia Hotel London. Providing a luxurious destination, the Corinthia Hotel London has British and Italian restaurants with Michelin-starred chefs, The Northall bar, Bassoon cocktail bar, lounge with outside terrace, hair and beauty salon by Daniel Galvin, and a spa and wellness centre, run by ESPA: rated by Conde Nast Traveller as the UK’s best hotel spa. Internally linked to the hotel, the adjoining Portland stone building at 10 Whitehall Place was built in 1910-1914 as a grand Italianate government building for the Ministry of Agriculture, Fisheries and Food. It was from this building that Winston Churchill announced rationing during WWII, Margaret Thatcher conducted her ‘Cod Wars’ with Iceland, John Gummer mishandled the BSE epidemic, and Edwina Currie caused controversy in 1988 over salmonella in eggs and her affair with Sir John Major. In 2007 10 Whitehall Place became surplus to government requirements and was transformed in 2010-2011 into the Corinthia Hotel London: Private Residences providing 12 ultra-prime dressed residences, benefitting from 5-star hotel room services and internal access to the Corinthia and its amenities. The residence that that Hong Kong couple have purchased is one of the most luxurious in Central London. Features include a private fifth floor lift lobby, entrance hall with gold gilded ceiling with feature chandelier, hand-embroidered, hand-painted silk wall panels and guest powder room clad in Tunisian black and gold marble. There is also a media room/study, lined with bespoke joinery, a lavishly appointed 8-seat dining room and a Bulthaup fully fitted designer kitchen and breakfast room with central island and Gaggenau appliances. Each of the four bedrooms is individually designed. The expansive master bedroom suite has a main bedroom, master walk-in dressing room lined with four separate ranges of built-in cupboards and with dressing and make-up areas, and master bathroom with walls and floors clad in Calacatta Oro marble large-format slabs, bookmatched at an Italian quarry. The apartment’s lighting, heating and window blinds can be controlled remotely or to pre-set timers. It also has state-of-the-art home entertainment and security. The apartment has a dedicated service entrance and service lift from the hotel, allowing staff to deliver room service orders, collect and deliver laundry and meet daily needs. There is an allocated parking bay in the secure underground car park, with direct high-security lift to the entrance all or up to the residence. Residents at 10 Whitehall Place have a private lift and entrance to the ESPA spa and a direct line to the Concierge and all services available to hotel guests, including 24/7 room service, charged on a pay-as-you-use basis, at a preferential rate (10% discount). Mark Pollack, Co-Founding Director at Aston Chase said, “Aston Chase has seen a significant rise in enquiries from Hong Kong high-net-worth residents looking to buy property in London and the Whitehall deal is the latest in a series of Hong Kong buyer deals Aston Chase have secured in locations including Kings Cross, Hampstead and Hampstead Garden Suburb. In the past few weeks we have had four serious high-end enquiries from prospective purchasers looking at homes in London. With London as their first choice for an international base it would suggest that Brexit has had little effect on changing the city’s desirability and global appeal.”