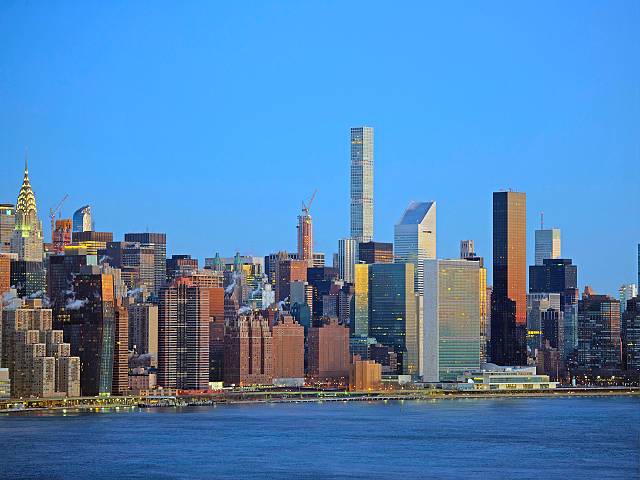 The British government has spent $15.9m on buying a penthouse apartment in New York, exclusively for the use of a British diplomat working to secure trade deals for the UK.

The British Foreign and Commonwealth Office has said the apartment is 50 United Nations Plaza and will be the official residence of Anthony Philipson, the British consul general in New York, and the trade commissioner for North America.

The 44-story apartment block was designed by British architect Norman Foster, the building is situated near to Manhattan’s United Nations HQ.

The purchase occupies the 38th floor, it has seven bedrooms six bathrooms and has 6,000 square feet of space. The penthouse boasts a library and panoramic views across the Manhattan skyline.

New York City records show that the penthouse was bought on 15 March by, “Her Britannic Majesty’s Secretary of State for Foreign and Commonwealth Affairs.”

A Foreign Office spokesman said, “We have secured the best possible deal and value for money on a property that will help promote the UK in the commercial capital of our largest export market and trading partner for years to come.

“As well as being the Consul General’s Residence, it will also be used to support his work to help British businesses as Her Majesty’s Trade Commissioner for North America.

“We are in the process of selling the Consul General’s current residence.”

“Every apartment is focused on the series of floor to ceiling bay windows and the interiors are luxurious, with generous space for entertaining.

“Adding a touch of elegance to every detail, the powder room walls are fitted with glazed silk panels in a choice of either bold primary or natural colours. A spa in the basement incorporates a large exercise pool for residents.”