Home ResidentialLuxury Blue Plaque London home of Captain William Bligh, of ‘Mutiny on the Bounty’ is for sale 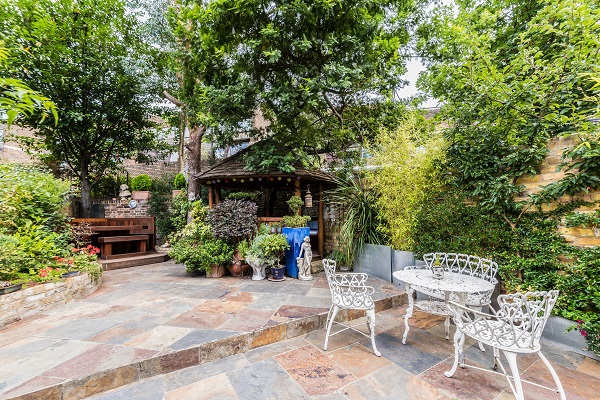 Blue Plaque London home of Captain William Bligh, of ‘Mutiny on the Bounty’ is for sale

William Bligh House, a stunning and historic six bedroom, 3,332 sq.ft., Blue Plaque Georgian house at 100 Lambeth Road, which was the home of Captain William Bligh (1754-1817) of ‘Mutiny on the Bounty’ fame, is for sale via Frank Harris & Co. 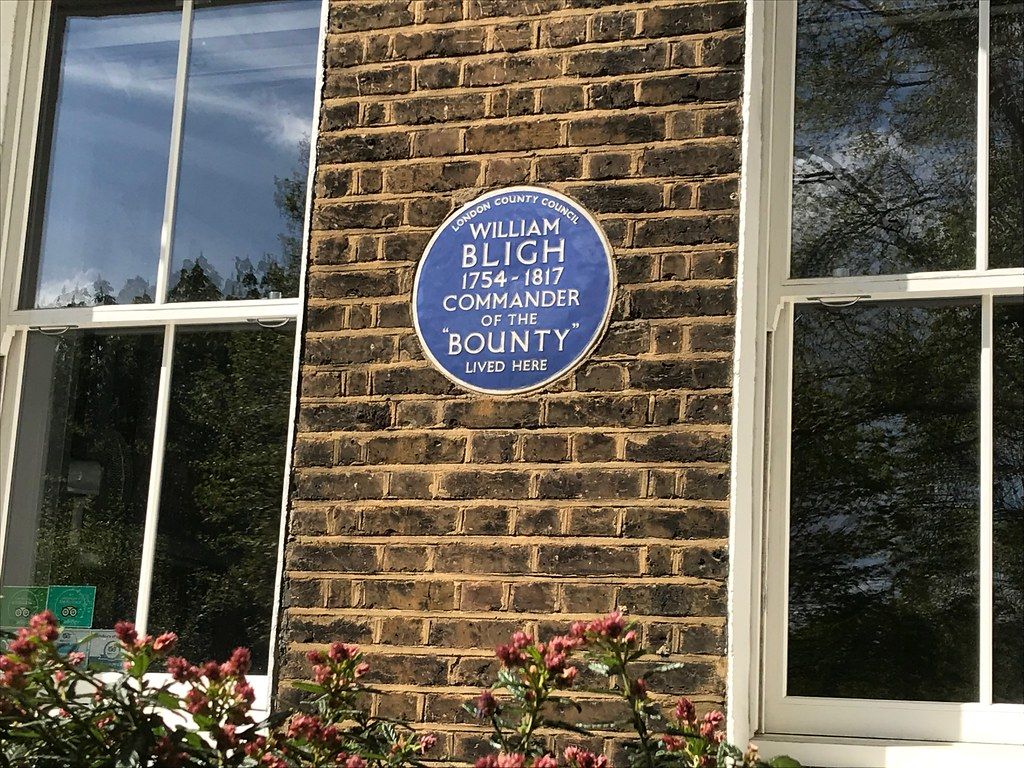 Located over lower ground, raised ground and three upper floors William Bligh House has a 35 foot rear garden and a 141 sq. ft. terrace on the first floor. Originally a single family house, in recent years the property has been arranged by the current owners to provide five self-contained, apartment-style, suites, four with their own kitchen/living room and bedrooms, and the fifth serving as a bedroom with bathroom suite. 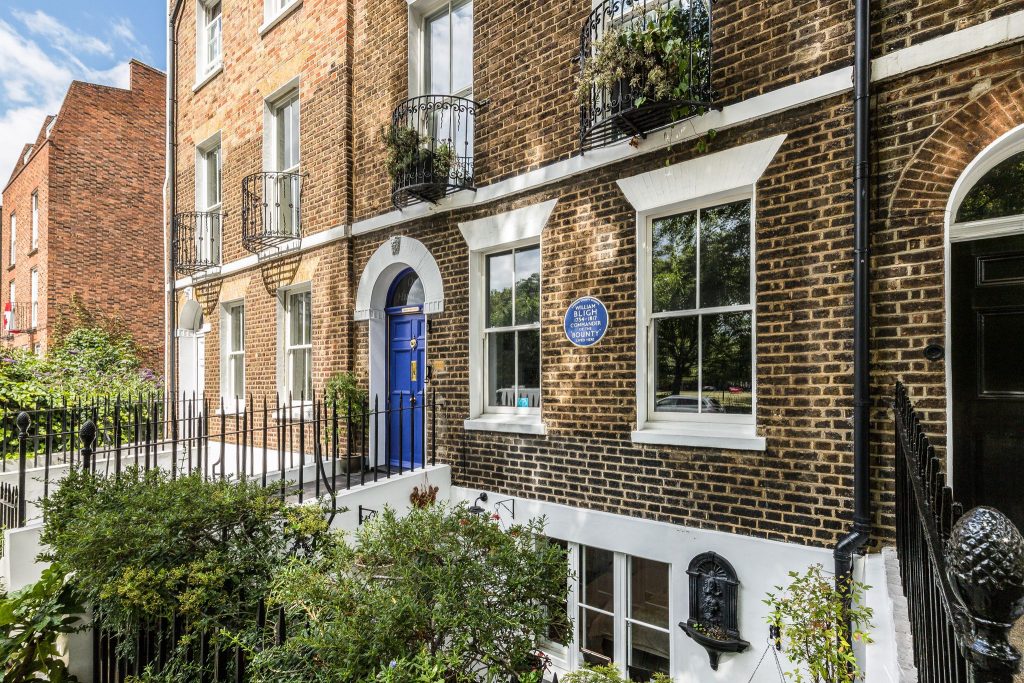 Therefore a buyer can either keep William Bligh House in its current arrangement, and benefit from rental income; or the property could be returned back into a single family home. As a single house the ground and first floors could provide three reception rooms, a family kitchen and breakfast room and a study, with six bedrooms on the upper floors and a home cinema/gymnasium/staff studio on the lower ground floor. 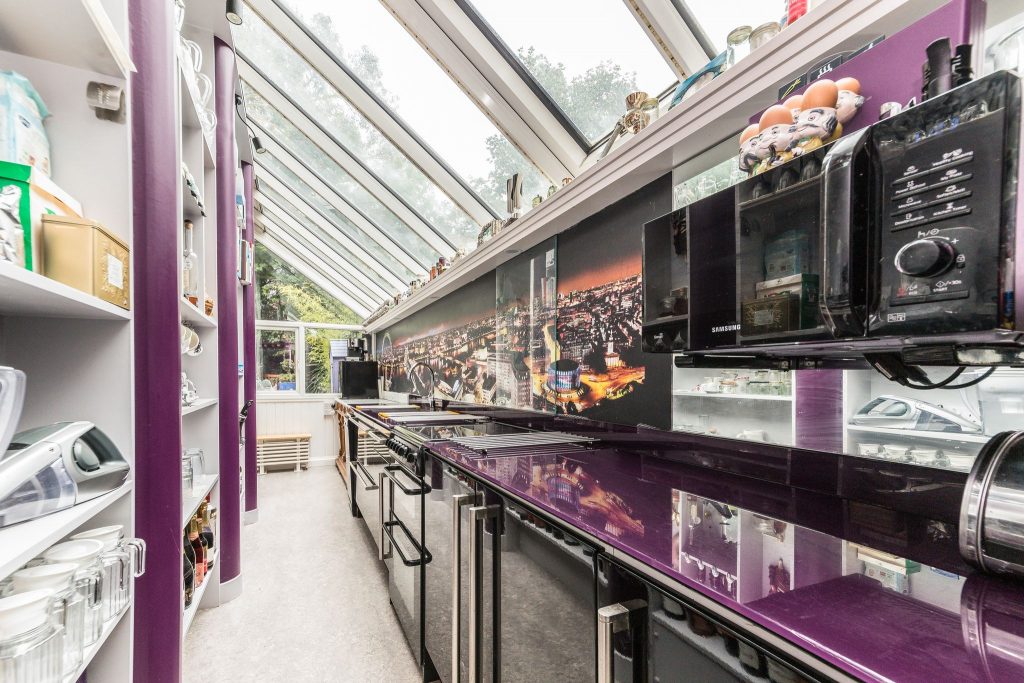 The interiors are currently themed to capitalise on the Captain Bligh history of the property, with ship-deck-style timber flooring to principal rooms; a regal purple colour scheme to ceilings, furniture and curtains in some of the main living rooms; Union Jacks to carpets and cushions; and another room with wallpaper which reproduces not just the exterior Blue Plaque and brickwork but also gives the entire history of the famous ‘Mutiny on the Bounty’. 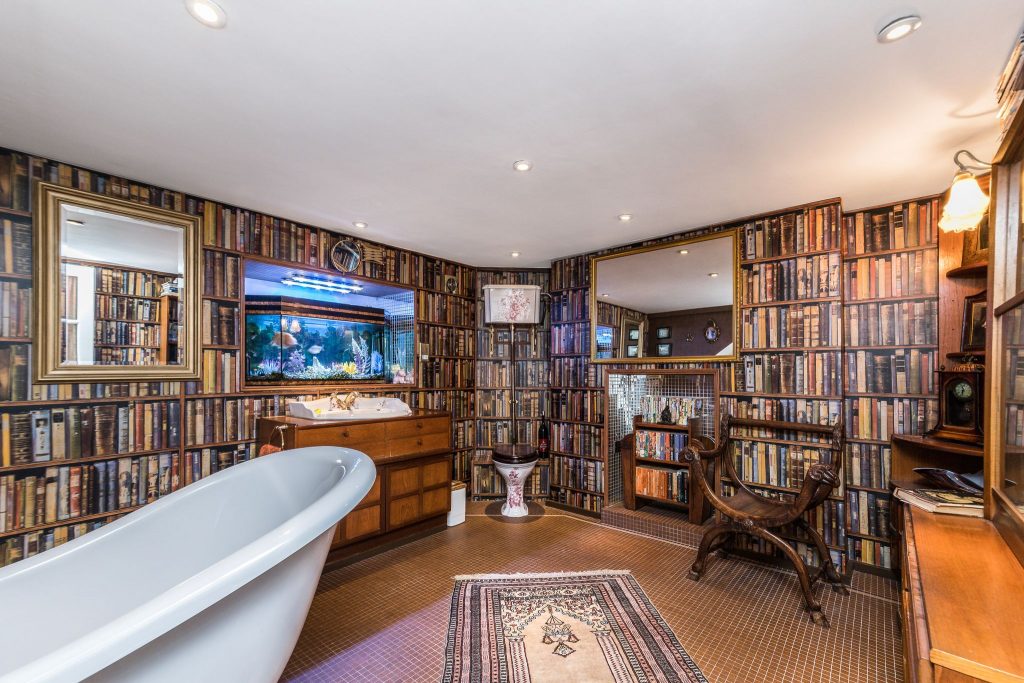 William Bligh House was built in 1794 as part of a terrace of four storey Georgian townhouses along Lambeth Road (then known as Durham Place), with the first owner of the house being Vice-Admiral William Bligh and family. The house is constructed in yellow London brick with an arched fanlight window above the entrance, ornamental first floor balcony and white stucco above the tall sash windows; built by Lambeth builders William Head and Joseph Bickmaster. 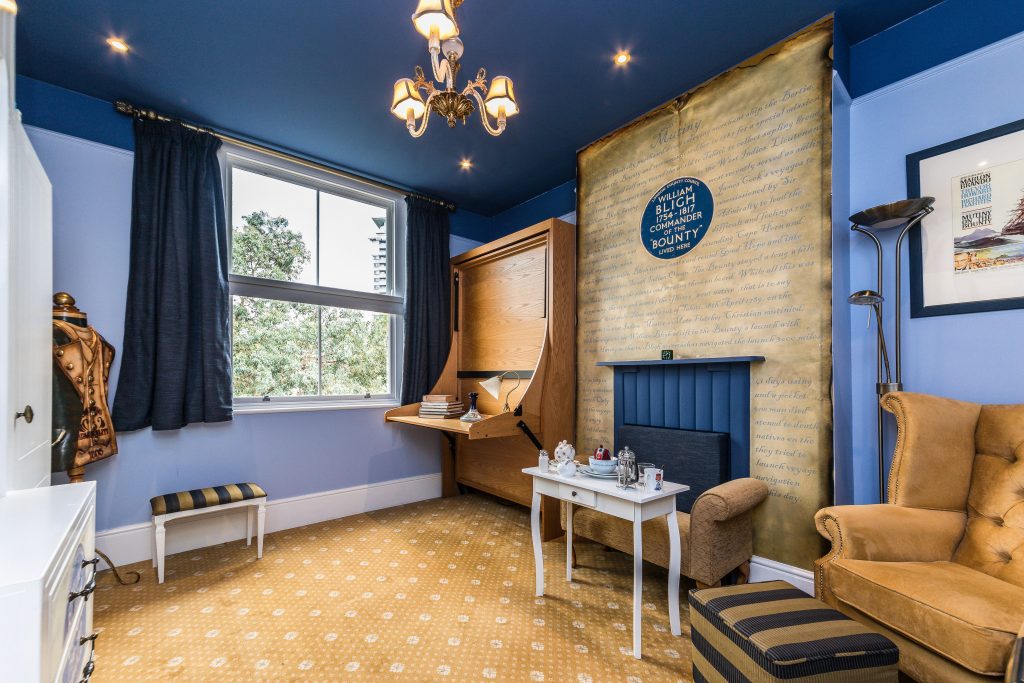 Lambeth Road runs down to the River Thames and in Georgian times boats would ferry passengers downstream to the Docks. This made the address popular with Naval families with Bligh’s neighbours including William Singleton, a ship’s draughtsman/carpenter, James Knowles, a Naval lexicographer, and Sir Hildebrand Oakes, a Vice-Admiral who served in Malta. 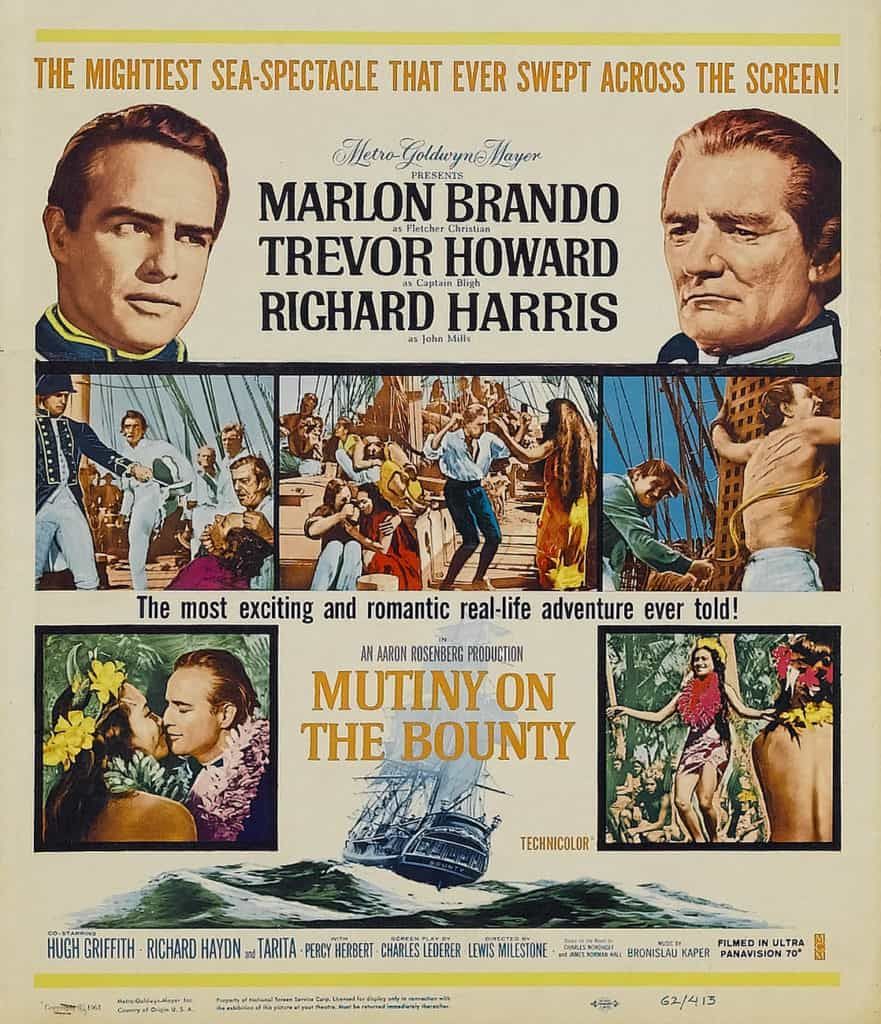 Captain Bligh’s story is immortalised in five films, portrayed by Trevor Howard in the 1962 movie (with Marlon Brandon starring as mutineer Fletcher Christian) and by Anthony Hopkins in 1984 (alongside Mel Gibson as Christian). 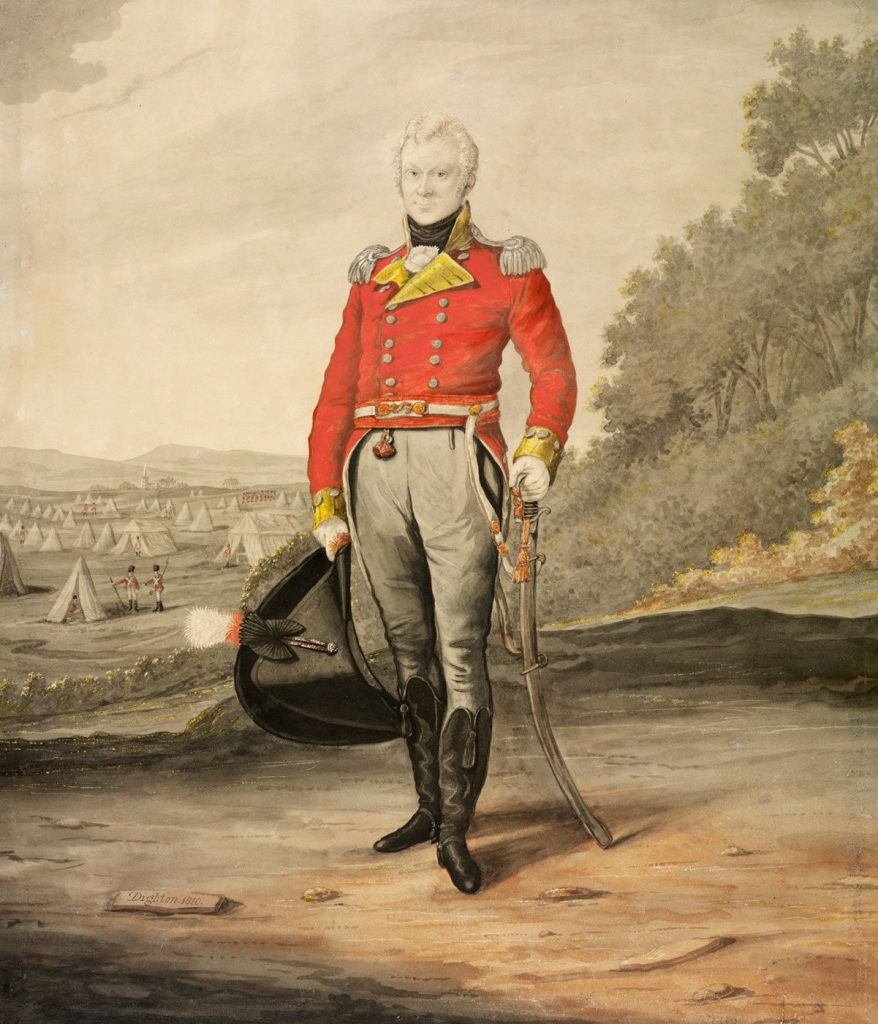 The real story, and Bligh’s life at Lambeth Road, is just as revealing. William Bligh was born in 1754 and at 16 joined the Navy aboard HMS Hunter as a junior seaman. In 1776 Bligh was selected by Captain James Cook as Sailing Master on HMS Resolution, sailing on Cook’s voyage to the Pacific Ocean. 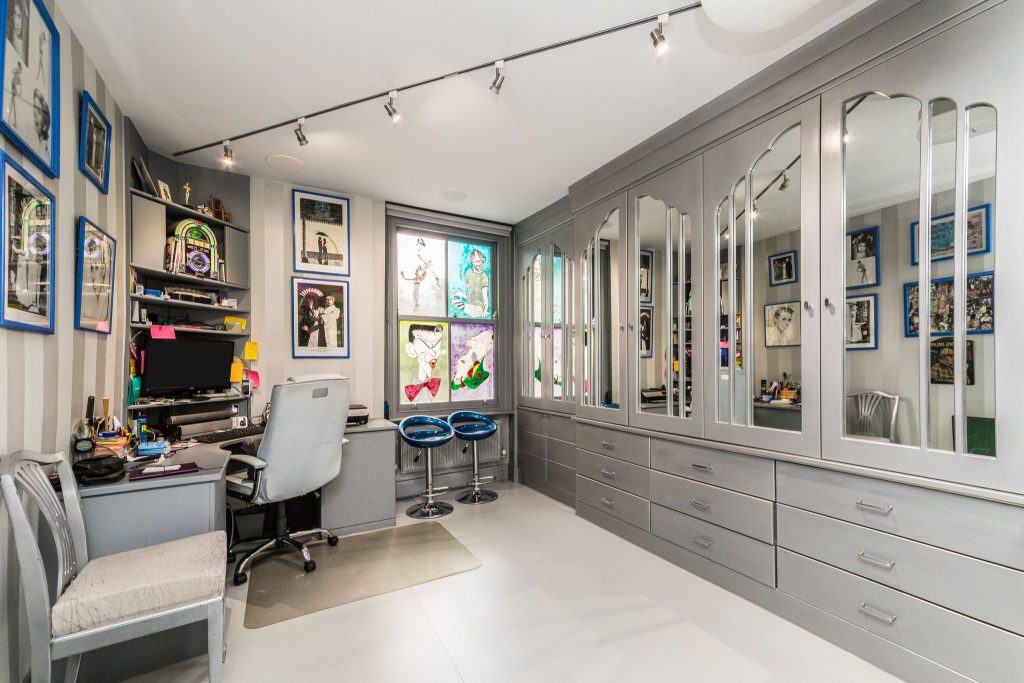 In 1781 Bligh married Elizabeth Betham, the daughter of a customs officer, moving into a house in Battersea where they raised seven children. Following the wedding the Admiralty promoted Bligh to serve as senior warrant officer on HMS Belle Poule. 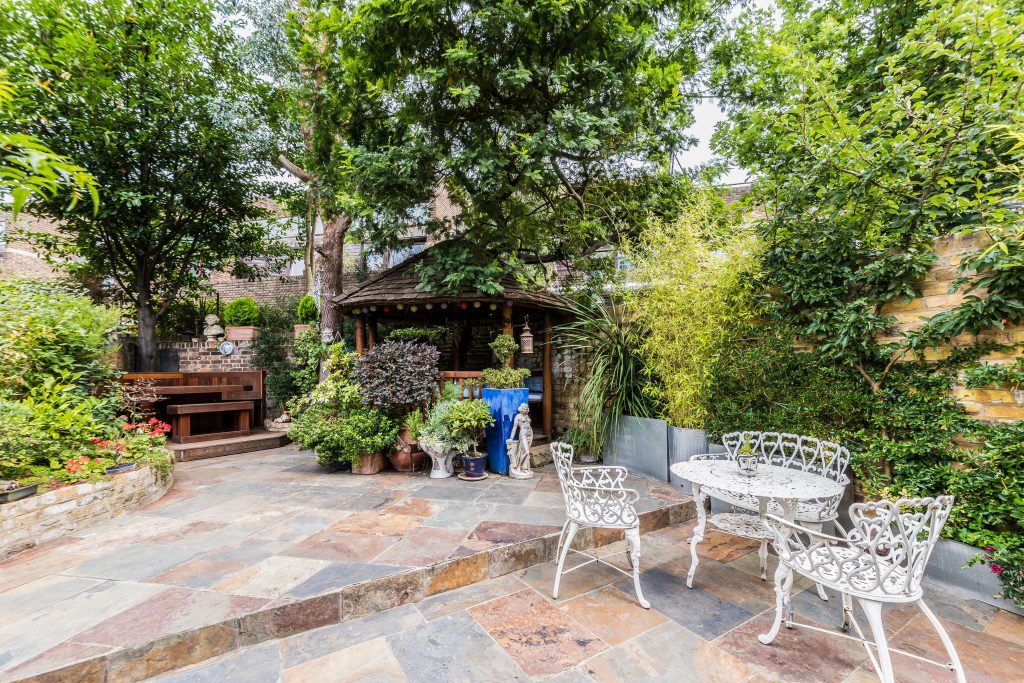 William Bligh and fellow sailor Fletcher Christian (1764-1793) started as friends, serving on three ships together, with Christian and his wife Anne even renting a home in Battersea close to the Bligh family.

In 1787 Bligh was appointed as Captain of HMS Bounty with Fletcher Christian selected as master’s mate, for a voyage to transport breadfruit from Tahiti to the West Indies. Bligh allegedly bullied his crew, leading to upsets with Fletcher Christian. HMS Bounty arrived in Tahiti on 26th October 1788 and spent the next five months there, the crew (apart from a furious Bligh) befriending the native women including Christian romancing Maimiti, the daughter of the local chief.

On 4th April 1789 HMS Bounty set sail with its cargo of breadfruit. On 28th April 1789 mutiny broke out, led by Christian, with the mutineers setting Bligh afloat in a small boat with a few crew who had remained loyal to the Captain. Bligh undertook a 3,618 nautical mile journey reaching Timor on 14th June 1789. In October 1790, despite allegations that he bullied the crew, Bligh was acquitted at the Court-Martial inquiry into the loss of HMS Bounty. 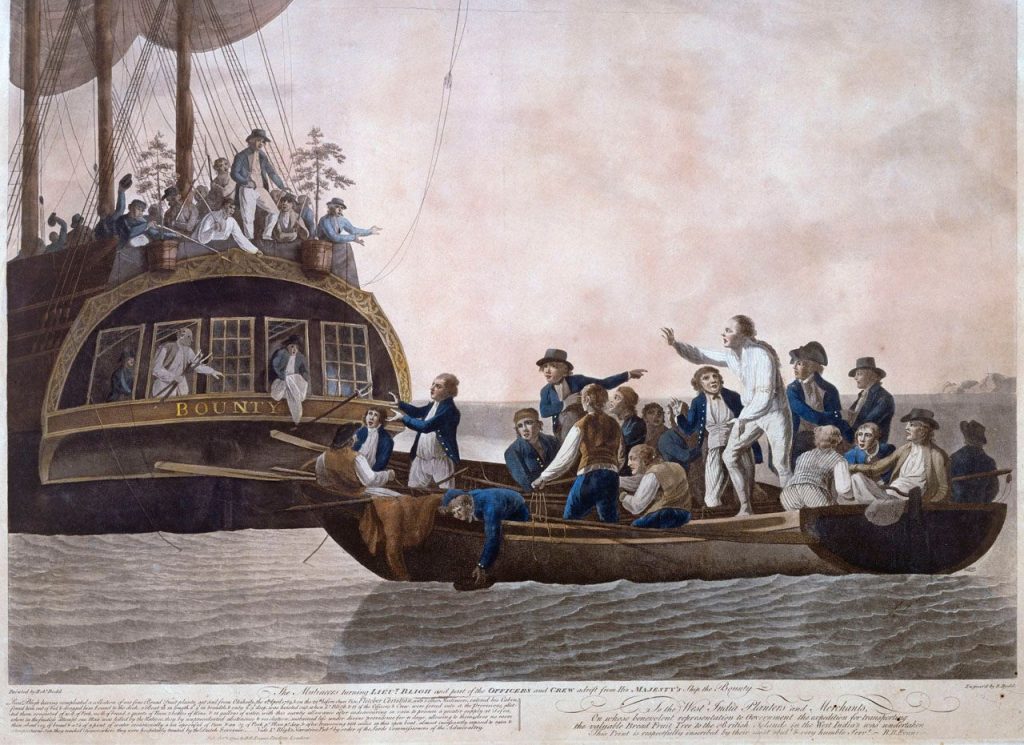 Following the mutiny Fletcher Christian married Maimiti and they sailed to Pitcairn Island, where they planned to build a colony, setting fire to HMS Bounty when they reached the island. In 1793 the mutineers got into conflict with local Tahitian men, resulting in violence which killed most of the mutineers, including Fletcher Christian.

After his exoneration Bligh served between 1791 to 1793 as Captain of HMS Providence. As his family grew Elizabeth wanted to move to a larger property so in 1794 the newly promoted Vice-Admiral and family moved into their new house at 100 Lambeth Road.

In 1805 Bligh was appointed Governor of New South Wales, Elizabeth was unwilling to undertake the voyage so Bligh was accompanied by his eldest daughter Mary and his son-in-law John Putland, arriving in Australia in February 1806. Once again Bligh’s bullying generated violent feelings against him and in January 1808 he was at the centre of a second mutiny, led by Major George Johnson. Bligh was imprisoned by the mutineers, and not freed until 1810. Bligh never again received an important Naval command.

The scandal unleashed in London by the second mutiny led to Elizabeth’s early death in 1812. Bligh died in 1817 and both he and Elizabeth are buried in the nearby Lambeth Churchyard of St Mary-at-Lambeth. The Blue Plaque on William Bligh House was installed by the London County Council in 1952, unveiled by sailor HRH Prince Philip. 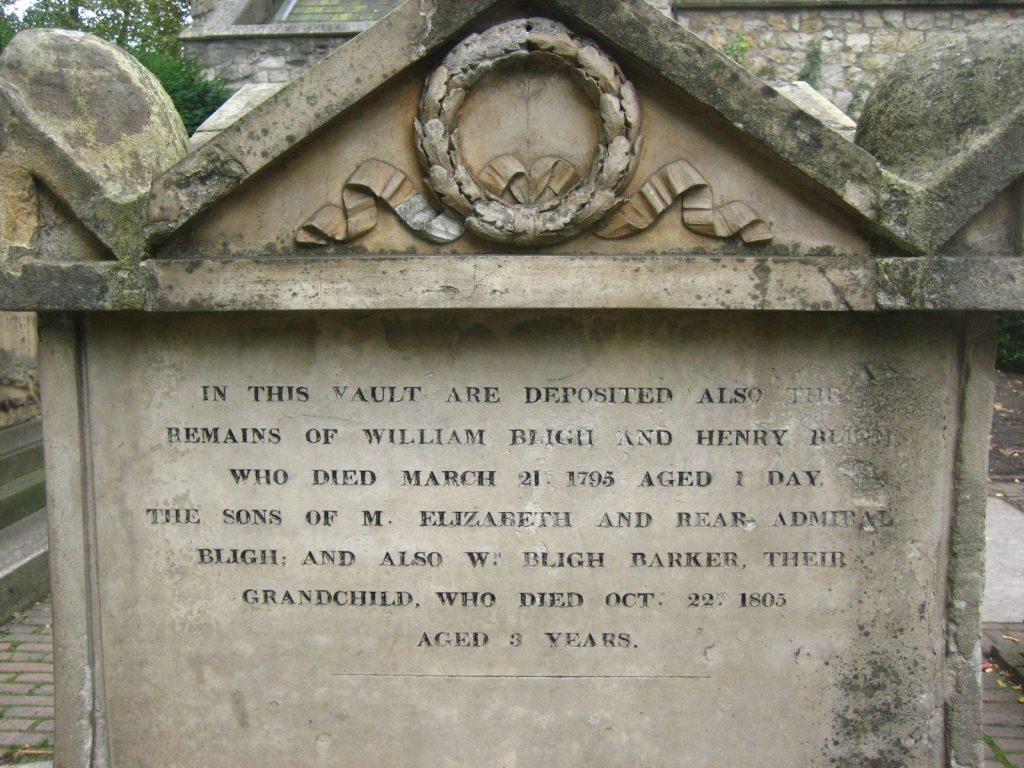 Emma Lyall, Sales Manager at Frank Harris & Co. said, “With its quirky interiors and rich history this magnificent property is located opposite the grounds of the Imperial War Museum.

“William Bligh House is arguably one of London’s most historic houses, a stunning Georgian home where Captain William Bligh, of ‘Mutiny on the Bounty’ fame, lived after his return from that ill-fated voyage to Tahiti.

“The house is also where his wife Elizabeth and family learned of the second, less famous, mutiny that Bligh generated during his time as Governor of New South Wales. William and his wife loved living at 100 Lambeth Road as during the Georgian era many of their neighbours were Naval families.

“The property could be used as a rental investment or returned into a single family home as it was when Captain Bligh, Elizabeth and their seven children lived at the house.”

The property investment frontrunners with the most consistent rental yields...

Revealed: The biggest barriers to buying a home

Globally, house prices are rising at their fastest rate since Q4 2006, according to …