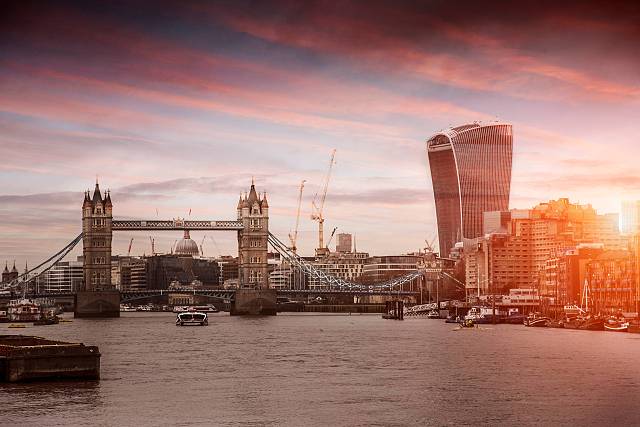 20 most beautiful buildings in London

Most of the well-designed buildings in Europe and in the world can be found in London. London is known for its architectural landmarks such as the Big Ben, Westminster Abbey, and St. Paul’s Cathedral but there is more to it than what most people know about the structures and buildings in the city.

Many people recognize the fact that London has an amazing architecture and its buildings are superb. While many continue to wonder about how to remove graffiti or remove paint from brick, not everyone knows where to find these amazing architecture behind the iconic landmarks and buildings. So, before you start venturing to the world of brick cleaning and/or stone cleaning, take a look at some of the most beautiful buildings in London: King’s Cross station is one of the busiest train stations in the UK. This structure mixes old and new architecture. The exterior is made of bricks while the roof is futuristic. It has been restored and with the restoration came the modernised features of the building.

This house looks old and new at the same time. The style looks like that of the Victorian era yet the material used in creating it is concrete which is a bit modern. Charles Drake constructed this house. The Shard is a 95-storey building designed by Renzo Piano which offers breathtaking views from the inside. It is the tallest building in the UK. It also looks mesmerising from an outside point of view because of its semi-pointed shape and the various views that you get depending on the way the light falls on the building which makes it look different every time. It is made of glass which reflects light and brings out different colours.

This beautiful hidden garden has overgrown vines and exotic flowers all over it. It is a walkway in the midst of dramatic gardens. It is one of London’s hidden treasures and one of the most romantic places in the city.

St. Pancras station is another one of a kind train station with its Victorian gothic architecture. It used to resemble Dracula’s castle but after some renovations, it now has a new look. It was considered the world’s largest unsupported station roof when it first opened in 1868. This historic building doesn’t look like it’s 400 years old. It is very simple yet beautiful and it is located between the river and Greenwich Park. It lacks splendour compared to other houses or mansions but its simplicity makes it beautiful and appealing.

Smithfield Market is is London’s central market. It is a historical livestock market that has existed for over 800 years but it has a modern and colourful design.

The building looks like an old condominium or apartment building that needs to be repainted. What makes it unique are the distinct shapes that you see across its facade.

This museum holds wonderful collections and the building itself is magnificent. Its size is built for people to be and feel comfortable in it. It looks like some kind of mansion and it has intricate details. This house located in Twickenham looks simple yet elegant. Henrietta Howard who was the mistress of King George II while he was the Prince of Wales was the one who built this house.

This building is very modern in style. It doesn’t look like a typical four-cornered building. It is simple yet thoroughly detailed.

This parking lot looks old and out of place but its facade of concrete diamonds makes it unique and fascinating.

This is a department store that has a Tudor-style and that is made of timber. It is one of the most eccentric buildings on the West End. It looks like a gigantic pub that has a great appeal to shoppers especially during Christmas.

This building was found in 1484 dating back to the Gregorian period. It has huge windows that seems like it’s offering a glimpse into the secretive and ancient world of the heralds.

15. The Library and Museum of Freemasonry

Just like the Freemasons, this structure itself looks mysterious, bizarre, yet beautiful at the same time. You would even wonder the purpose of it yet be fascinated by its existence.

This wonderful glass building is surrounded by beautiful gardens which make for a stunning view from the inside. It has a bar inside that draws the crowds. The view from the top is also lovely especially during the sunset.

This old structure is one of the remaining buildings of the medieval Palace of Westminster that has survived the fire in 1834. It served different purposes such as being a royal treasure store, records office, to being a testing facility.

Tate Modern isn’t simply a building made of bricks located by the river. It holds modern art and stunning spaces inside it to make everyone who visits it appreciate art.

This pub serves the same purpose ever since it was built. This building is where most bands jumpstart their careers.

This is Britain’s first public art gallery built by the architect Sir John Soane. The roof of the building is made of glass which makes the rooms inside well lit. It also looks like a mixture of traditional and modern architecture.

Discovering a new country or city doesn’t only mean visiting tourist spots that you see on books and magazines. You should go beyond those iconic places and explore the place. You’ll be surprised to find out a lot of beautiful gems or wonderful architectures that not everyone is aware of.