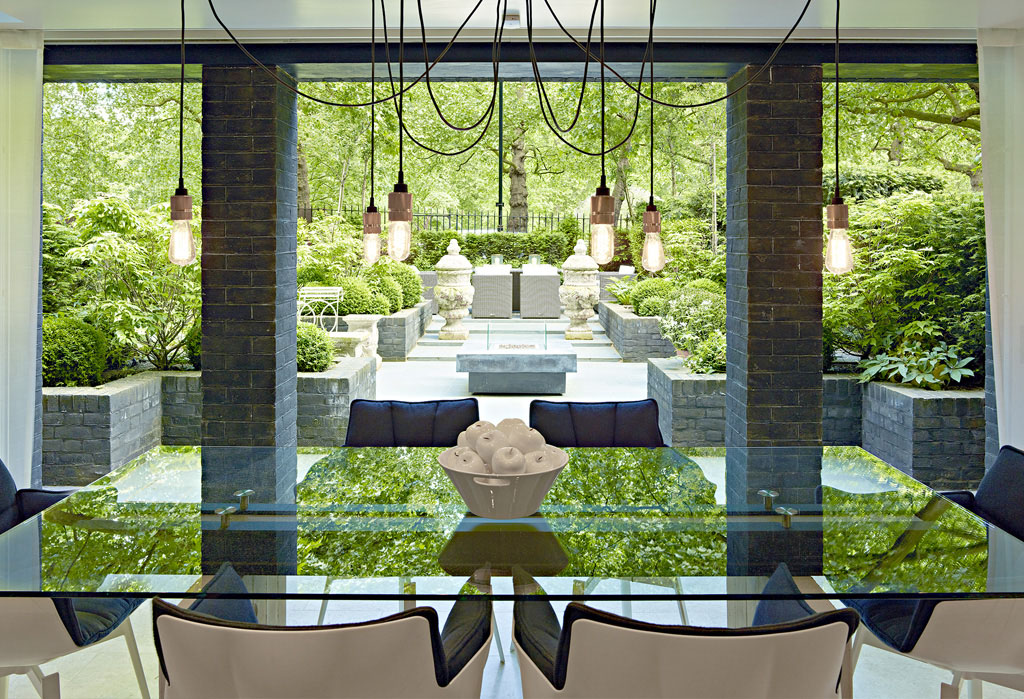 On the back of the London housing market being restarted, Beauchamp Estates have released for sale a magnificent Grade II listed five bedroom Georgian townhouse-mansion on Old Queen Street, providing 6,608 sqft of luxurious living space with a private rear garden, once the home of Harriet Beauclerk nee Coutts, the Coutts & Co bank heiress; with direct views from the upper floors over two Royal palaces and St James’s Park.

Set in St James’s Park, with the rear façade with bay windows and garden overlooking Birdcage Walk and the Royal Park, the Old Queen Street townhouse-mansion is located between Buckingham Palace and the Palace of Westminster, originally built in 1770 and completely refurbished and modernised in 2015. The No.10 Downing Street style black-brick Georgian townhouse-mansion has been given a dramatic makeover inside and offers luxurious living space over eight floors including the original Piano Nobile floors that accommodate the grand reception rooms, white limestone staircase, passenger lift to all floors, champagne/wine store, private cinema/media room with terrace, with the private garden adjacent to the Royal park.

The property was designed by Sir Robert Taylor (1714-1788), one of England’s foremost architects responsible for the Bank of England and tutor of John Nash. The grand house was originally one of several on Old Queen Street owned and built under the auspices of the Beauclerk family, the historic landowners, the founder of the dynasty being Charles Beauclerk, the son of King Charles II and Nell Gywn who was granted lands close to the Royal Palace, the Dukedom of St Albans and the title of Royal Master Falconer – allowed to train the King’s falcons on land that is now St James’s Park.

The Georgian townhouse-mansion on Old Queen Street served as the central London home of William Beauclerk, the 9th Earl of Burford (1801-1849), who was one of the sons of the 5th Duke of St Albans. In 1825 William inherited the Dukedom and in 1827 caused a stir in high society when he married the fabulously wealthy Harriet Coutts nee Mellon (1777-1837) who was 23 years his senior and controller of the Coutts & Co banking fortune and the richest woman in London at the time.

Harriet Mellon was a lowly actress working at the Duke Street Theatre when she captured the attention of Thomas Coutts (1735-1822) the elderly widowed founder of Coutts & Co bank. Despite opposition from his family Coutts married Harriet and when Thomas died he bequeathed his entire fortune to her (rather than the children from his first wife) including leaving Harriet his controlling interest in Coutts & Co bank, Harriet using the inheritance to fund a glamorous lifestyle and homes in Brighton, Highgate and Piccadilly.

The 1827 marriage provided Harriet with a young “toyboy” and a Duchess title, and in return gave William the funds to lavishly refurbish his townhouse-mansion on Old Queen Street, gracing the interiors with artwork and fine furniture, and supporting a lifestyle of genteel elegance, including time at the Star & Garter Gentleman’s Club on Pall Mall, playing polo in Windsor and cricket for the Marylebone Cricket Club.

After the couple died childless their vast fortune and portfolio of homes was inherited in 1837 by Angela Burdett-Coutts (stepgranddaughter) who choose to keep Harriet’s Highgate mansion and sold off the other properties including Old Queen Street. It was then owned by several different families and remained a private family home up until circa 1919 when it was bequeathed to an educational foundation.