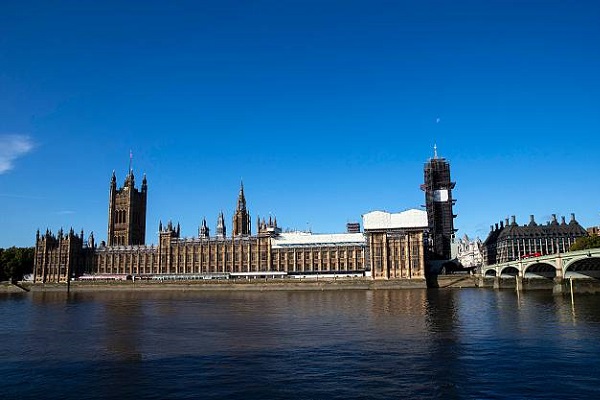 Yopa calls for market certainty ahead of election

As the 12th December draws near, Yopa’s Chief Property Analyst Mike Scott unveils his wishlist for the new Government.

There are rallying cries across the industry for the Government to reverse the SDLT changes introduced by George Osborne in 2016. However, Stamp Duty rates are the lowest that they have ever been for the mass-market of owner-occupied properties under £900,000, especially for first-time buyers who pay nothing at all on purchases for £300,000 or less. It’s difficult to see any real reason to reduce them further.

Of course, the industry’s real issue is with the more punitive rates in force for multiple-home-owners, corporate buyers and very expensive properties. But these were specifically introduced in order to reduce activity in those market sectors, so it is difficult to see any reason to now alter the rates, unless the new Government no longer wishes to discourage these activities.

In July, Prime Minister Boris Johnson suggested making Stamp Duty payable by the seller. The practical difficulties associated with this are immense and we do not think that it is a sensible plan, especially while the amount chargeable depends on the status of the buyer. Someone selling a house for £600,000 could end up paying £20,000 in Stamp Duty if they sell it to someone buying it as their only home or £38,000 if they sell it to a company or a buy-to-let investor. If the change was introduced it would simply increase prices and have very little long-term effect on the relative financial positions of buyers and sellers — buyers would still spend as much as they could afford, and they could afford a bit more, so prices would be bound to rise by that amount.

The supply challenges facing Britain’s housing market remain unsolved, with previous Governments consistently missing targets. Tackling this should be a central part of the next Government’s plan.

This General Election offers a fantastic opportunity for new measures to be introduced to boost the new build sector and deliver the number of new homes this country so desperately needs. The Government should place greater emphasis on schemes such as the Home Building Fund.

We would like to see the planning process simplified and the Government looking to the experts for advice when it comes to setting targets.

Housing affordability is little changed since 2018, with the average first-time buyer borrowing just over 3.5 times their gross household income and spending just over a sixth of their gross income on mortgage repayments. The main affordability constraint continues to be the need to find a large deposit, with the average first-time-buyer mortgage advance being only 77.9% of the purchase price, with the remaining 22.1% — nearly £50,000 on average — having to be paid up-front.

While house prices have risen strongly over the past 25 years as a multiple of average salaries, housing affordability has not decreased in line with this, thanks to low mortgage interest rates. The repayments on a 30-year mortgage on a house costing twice your salary at a 10% mortgage rate are roughly the same proportion of your earnings as for a mortgage on a house costing four times your salary at a 3.5% interest rate, so it should be no surprise that average house prices have increased as a multiple of average earnings.

The main affordability problem today is raising a large enough deposit, since the days of the 100% mortgage are over, and a house costing twice as much still needs twice as big a deposit, even if the repayments are smaller thanks to the lower interest rate. This is where the Bank of Mum and Dad (BoMaD) has been playing a big part in keeping the market going, though of course the benefits of this are spread unequally among the population of would-be house-buyers.

BoMaD has become a key driver of the housing market, especially in the first-time buyer sector, behind only mortgage lenders and buyers’ own savings as a source of funds. It’s now said to be the 11th largest lender. BoMaD is one of the factors leading to a long-term increase in house prices, since buyers will generally pay as much as they can afford, so if they can afford more they will pay more and drive up prices. This risks pricing people out of the market if they have been less fortunate and are unable to get this kind of help from their parents.

The Government should work towards reducing the prevalence of BoMaD by introducing effective affordable housing legislation and looking into ways to make it possible for mortgage lenders to lend a higher proportion of the purchase price to first-time buyers.

Now is a great time to get a mortgage; lenders are eager to lend interest rates are very low.

However, more clarity is needed over which mortgage is right for buyers’ individual circumstances. Price should not be the main factor when judging which product is the best, but buyers are fixated and often fall into this trap.

At a time when financial advice is more important than ever, we would like to see the Government take steps to ensure that buyers are seeking sound advice and are fully informed of their options.

5. Better communication when it comes to Help to Buy

It would be great to see more clarity and communication around Help to Buy schemes; how they work, who is eligible and the different regional options. At present, there is minimal dialogue between the industry and the Government on what will replace Help to Buy when it ends in 2023.

Research by online mortgage broker Trussle revealed that only half of Brits are aware that Help to Buy schemes exist, and only one in five people can name any of the three main schemes. Fewer than one in 10 people find them easy to understand. The level of misunderstanding around these housing schemes designed to help first-time buyers means that many feel completely locked out of homeownership when in actual fact there are options available to them.

The new Government should focus on simplifying the language around these schemes so that first time buyers feel better supported.

6. Make a decision about Brexit

With Brexit deadlines being deferred in March, April and October, 2019 has been a year of great political uncertainty. The slowdown in the number of property sales over the year has been the result of would-be buyers waiting for more certainty and failing to agree home purchases.

London has been most directly affected, with more sellers and fewer buyers. Outside London, Brexit in itself is unlikely to have any longer-term effects on the market, and we saw a rapid return to a relatively normal market after the March Brexit deadline extensions, before it started to decline again as the October deadline approached.

It now seems quite likely that year-on-year house price growth will dip into negative territory in the last quarter of this year, as Brexit uncertainty continues to subdue market activity. The sooner a decision about Brexit is reached, the sooner we can expect a rapid recovery to a more normal level of activity and house price growth.

Estate agency in the UK has historically been lightly regulated compared to many other countries, with no need for licensing or training to become an estate agent. The rental sector is now being regulated more heavily, but recent Governments have been slow to introduce regulations for selling agents. Greater regulation of estate agents would mean rogue agents are pushed out of the market, meaning less harm to consumers.

Further, it would be interesting to see Government regulation introduced that focuses on the legalities of the home buying process, from acceptance of offer to exchange of contracts, which is fraught with difficulty; around a third of sales fall through at this stage, despite an agreement in principle from both parties.

It seems that those wishing to downsize are suffering from a combination of a shortage of suitable properties for themselves and Stamp Duty surcharges making it too expensive for potential buyers to purchase their large homes. Perhaps the new Government should consider incentives to make it more financially viable to downsize. It certainly would lead to some more movement in the market.

9. Communicate with those in the industry who know best

We’ve had 18 Housing Ministers in 20 years, each seemingly more clueless than the last. It boggles the mind that previous Governments haven’t worked harder to include the property industry when it comes to consultations on legislative changes and housebuilding targets.

It would be nice to see prioritisation of the sector, with the Government working much more closely with the industry to simplify processes and deliver considered schemes to make selling and purchasing property more efficient and fairer for all Brits.