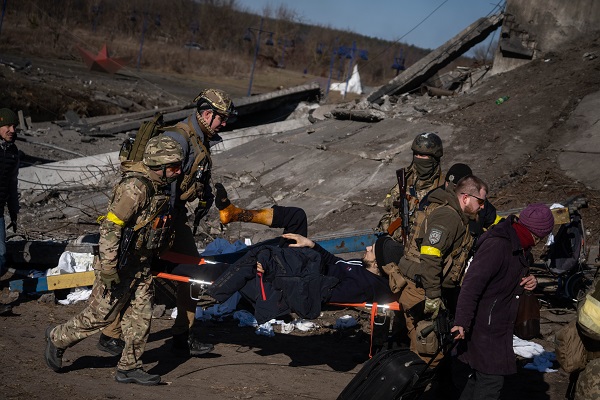 A report published today by the frontline charity Work Rights Centre has revealed serious shortcomings in the government’s response to the humanitarian crisis in Ukraine.

Drawing on survey data and real-life case studies, the report finds that without urgent government action, thousands of Ukrainian refugees could be facing overcrowding, threats of eviction, and a real prospect of destitution this winter.

Of the 191 Ukrainian refugees surveyed by the charity, 1 in 10 reported being threatened with eviction, as hosts run out of patience and the rising cost of living devalues the government’s £350 / month “thank you payments”. Worryingly, those evicted are also struggling to find alternative accommodation, as letting agents require impossible down payments, and councils struggle to cope with homelessness applications.

In one case, a woman and her eight year old son narrowly avoided spending the night on the streets, after several letting agencies refused to rent her a property, and pleas to the local authority went unanswered. It was only after a last-minute intervention from the charity and the child’s school, that the council’s safeguarding team were able to place the family in emergency accommodation.

The report found that more than two thirds of Ukrainians who took part in the research had little or very little confidence in their ability to find accommodation in the private rental sector, and as many as 1 in 2 reported having no savings whatsoever. Even among those who did have money put aside, their savings covered no more than 12 weeks of living costs on average, which is hardly enough to meet letting agents’ deposit requirements..

Dr Dora-Olivia Vicol, the charity’s CEO and one of the report’s authors, commented: “The government has made considerable efforts to respond to the humanitarian crisis, but six months on, a long-term strategy for refugee integration is still lacking. To prevent families from ending up on the street this winter, the government needs to urgently develop a plan to support Ukrainians’ transition into independent accommodation, and into the safe and secure employment that so many of them desire.”

Co-author Adis Sehic, the charity’s Policy & Research Officer, added: “Our data makes it clear that mothers who are unable to work due to the absence of childcare, or who can only find work in precarious part-time jobs, face the highest risk of homelessness. This is not just a particularity of Ukrainian communities, but also speaks to the lack of social mobility in the UK more broadly, and the need for the government to deliver on its promise to level up.”