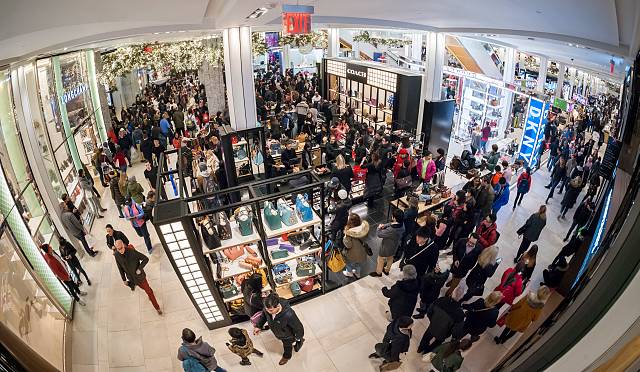 New research by a global affiliate network has found that as many as 39% of Britons would not care if all high street stores closed down, with the majority admitting that they do most of their shopping online already.

Close to two fifths of Britons are apathetic toward the high street according to the research, with rarely shopping there, still being able to buy items online and the high street being outdated cited as the top reasons for this.

The study was undertaken by the team behind global affiliate network www.Awin.com, in which 2,386 people over the age of 18 were polled as part of ongoing research into Britons’ shopping habits.

Initially, all respondents were asked how often they shopped on the high street, to which the most common response was ‘almost never’ (35%), followed by ‘sometimes’ (21%) and ‘never’ (19%). Of those remaining, 17% said they shopped there often and just 8% said they always shop there. 68% of respondents revealed they did most, if not all, of their shopping online.

Those that revealed they wouldn’t care if the high street disappeared were asked their reasoning for this, with the most common responses found to be, “I rarely shop there” (27%), “I will still be able to buy items online’” (21%) and ‘the high street is outdated’ (17%).

Conversely, those that answered they would care if the high street disappeared were asked their reasons, with respondents citing, “jobs will be lost” (31%), “I don’t like shopping online” (25%) and, “I like going out shopping,” (20%) as their top reasons why.

Following on from this, respondents were asked for their opinion on why they thought that the British High Street was struggling, and when given an extensive list and told to select as many that they thought applied, the following emerged as the top answers:

Finally, all respondents were asked for their opinion on the future of the high street; 31% thought that it would be gone within five years, 22% thought it would last ten years and 19% gave it a year. Just one in six (16%) thought there was a future for the high street.

Commenting on the findings of the study, Kevin Edwards, Global Client Strategy Director at www.awin.com, said, “The challenge to our high streets is starkly highlighted by these findings. Much has been made of the need for our high streets to create a sense of place and occasion as well as somewhere that people can shop.

“While online continues to grow apace, it’s in the interests of many multi-channel retailers to want to ensure our high-streets thrive as community assets”.