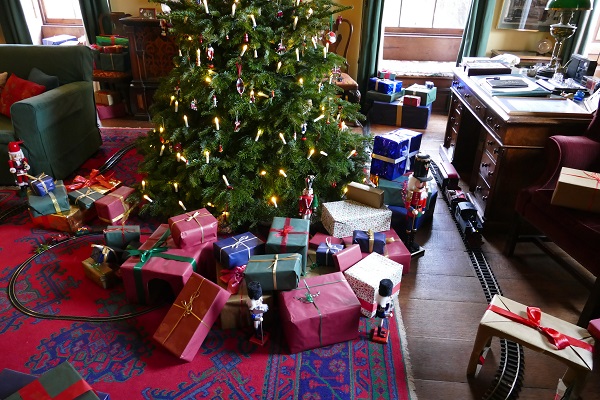 As the advent countdown to Christmas begins, Northern Ireland has been revealed to be home to the most festive Brits in the nation.

A new survey of 1,000 UK adults, commissioned by children’s bedding specialists Happy Linen Company, has revealed the most festive regions in the UK.

With rankings calculated by how early its population started celebrating Christmas this year as well as how much more money they plan to spend on festivities compared to last year’s locked-down Christmas, Northern Ireland topped the list of both festive barometers.

Whilst the North-South divide in England always spurs plenty of debate, it appears that the north wins when it comes to Christmas spirit, with North East and North West England coming in second and third place. Completing the top five most festive regions in the UK are South East England and Scotland.

The Northern Irish plan to spend on average £308.80 more on Christmas celebrations this year, compared to last, with almost half (46.7%) beginning their festivities in October and November.

Brits in Newcastle, Northumberland, and County Durham are the second most likely to celebrate Christmas in October and November, with 44.8% of those in the North East of England starting their yule-tide fun before advent.

Interestingly, when it comes to the barometer of how much more money they plan to spend on Christmas this year, it’s those in South West England who are spending the second largest amount on festivities at £304.50, followed by Londoners (£295.80) and residents of North West England (£293.10).

Whilst many regions across are embracing a more extravagant and earlier Christmas this year, some parts of the UK aren’t quite feeling the festive spirit just yet.

East England was revealed to be the least festive region across the nation, with residents celebrating Christmas the latest across the UK and spending the least money on festivities (£173.70).

Mark Green, Head of Procurement at Happy Linen Company, comments: “The anticipation for Christmas is high this year, especially given the low-key celebrations that most of us experienced last year due to lock down restrictions.

“It’s fascinating to see how regions across the UK celebrate Christmas differently, and which regions are home to the most festive Brits. Everyone has their own traditions and ways of making Christmas special, but it’s clear that certain regions share a love for festivities and that parts of the UK are far more Christmassy than others!”