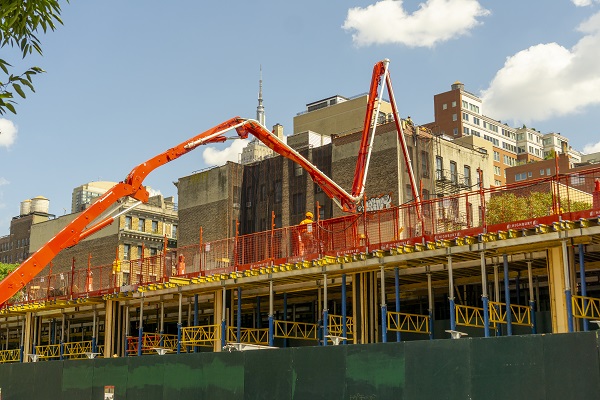 In January 2020, when COVID-19 was starting to make headlines, there were a total of 48,752 new-build homes listed for sale across Britain’s housing market.

By August 2021, at which point the government’s stamp duty holiday was in full effect and special measures had been taken to ensure that housebuilding could continue, the number of new-build listings had taken a slight drop to a total of 40,306.

The region that has experienced the biggest decline is the South West where listings are down -51.3% on the year and -64.2% since January 2020.

The South West is reporting an annual decline of -48.9%, while listings in the East of England have dropped by -48.6%.

There is not a single region of Britain where the number of new-build listings has increased either on the year or since the pandemic but the smallest annual drop has been reported in Yorkshire & Humber (-14.4%) and the smallest pandemic drop is found in London (-27.1%).

Lee Martin, Head of UK for Unlatch said, “Our appetite for homeownership has been huge over the last two years and this has been no different where new-build homes are concerned. But while new homes have been snapped up at some pace, we haven’t seen a suitable level enter the market in order to keep stock levels buoyant.

“At the same time, there has been an increase in the popularity of off plan sales over the last 12 to 18 months, which has also contributed to homes being snapped up well in advance of reaching the market.

“As a result, The level of available new-build stock on the current market has plummeted, particularly over the last year.

“So why are numbers still so low? We all know how strong buyer demand has been and still is, and we know that new-build homes offer much better energy efficiency which, in the midst of this cost of living crisis, is hugely important. But if properties aren’t being delivered to the market, it doesn’t do much for the nation’s homebuyers.

“One can only assume that the current global socioeconomic situation is to blame for slow supply. From the Ukraine conflict, to the full effects of Brexit, materials are more expensive, quality labour is in short supply, and the government has basically taken a two month hiatus to nominate a new Prime Minister.

“Something needs to change, and it needs to happen quickly and the starting point should be enabling housebuilders to better deliver by allowing them greater freedom and less government intervention.”