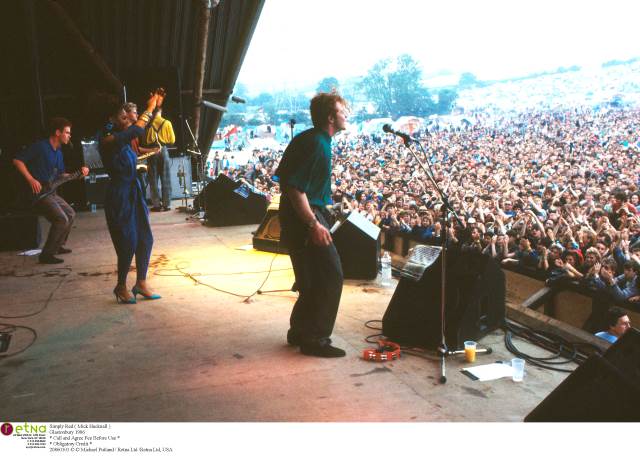 The latest research and analysis from estate agents, Springbok Properties, takes a look at the cost of living near to one of the UK’s top 20 festivals and how house prices have performed since last year’s festival season.

The firm looked at the current average house price in each festival area, before looking at the change in property values since the curtain last closed on each festival last year.

If you’re looking to get on the ladder within close proximity of a major UK festival, TRNSMT Festival in Glasgow offers the most affordable foot, with an average house price of just £129,764. Fusion in Liverpool is the second most affordable at £131,276 with Creamfields in Daresbury, Download in Derby and Parklife in Manchester also amongst the cheapest where house prices are concerned.

But while cheaper property prices are great for buyers, it would seem the presence of an annual major festival isn’t that positive for existing homeowners.

In the last year, and despite slower market conditions, UK house prices have increased by 1.4%. However, while areas home to a major UK festival still fetch above the UK average, price growth has slumped with an average fall of -2.1%.

The largest of these has been in Tower Hamlets, home to All Points East, where prices have fallen by -5.8%, closely followed by a -5.5% drop in Wandsworth home to South West Four.

Wireless in Islington has also seen a fall in house prices of-4.8% but it isn’t confined to the London based festivals. Houghton in Huntingdonshire has seen prices fall -3.9% since last year’s festival, with a similar drop around Charlbury’s Wilderness festival.

Camp Bestival in Lulworth, We Are FSTVL in Upminster, TRNSMT in Glasgow, Reading and Leeds, Latitude in Southwold and Fusion in Liverpool have all seen house prices drop since they last closed their doors.

Of the rest, house price growth has been marginal with Glastonbury in Pilton, Mendip managing the largest increase at 1.5%, the only area to outgrow the UK average.

Shepherd Ncube, Founder and CEO of Springbok Properties said, “It is unlikely that a single event across a few short days could have such a detrimental impact on a wider market’s house prices, however, the huge influx of crowds, the noise pollution and the aftermath and the mess can be enough to prompt some to move, and others to avoid buying in the direct vicinity.

“We’ve seen the impact the Notting Hill Carnival has on residents in the area and with today’s festivals designed to attract as many as possible to remain profitable, the disruption can be quite notable for those living in the path of it.

“Therefore, it’s certainly not out of the question that even the more granular market levels surrounding these festival sites are having a negative impact on wider market property values as prices depreciate and those looking to sell struggle to do so. This is perhaps more prevalent within city locations as the festival tends to spill over into the local area when compared to those in more rural locations.”