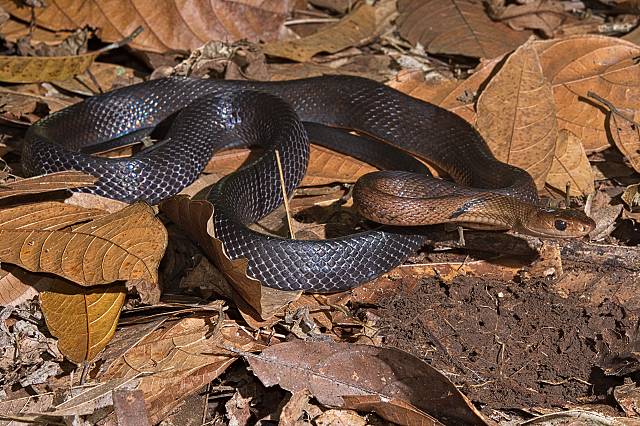 Shocked home owners find a snake at their Essex home

A shocked home owner found a 4ft long rat snake hiding in their bathroom. The snake hissed at the shocked owner then slithered into their toilet.

The property in Basildon, Essex is being renovated and the owners had not been living in the property, the snake is not venomous and is thought to be an escaped pet.

The home owner Naomi Burdett said her partner found the snake. She said, “He saw the snake, which hissed at him, then backed away into the toilet.”

“He ran upstairs in a moment of panic, neither of us are the biggest fans of snakes, and it’s not exactly what you expect to see in your downstairs loo.”

The snake was trapped in the toilet until the RSPCA came to collect it, the owners have named the snake Kevin.

Burdett added, “We haven’t had any heating until recently so it must have been really cold for him.

“We haven’t been staying here during the renovations, so I have no idea where he has been living or how long he has been here!

RSPCA animal collection officer Joe White said, “I’m sure these poor people got quite a shock when they discovered a snake residing in their toilet.

“Rat snakes are kept as pets fairly regularly in this country so I’m sure he’s an escaped pet.”