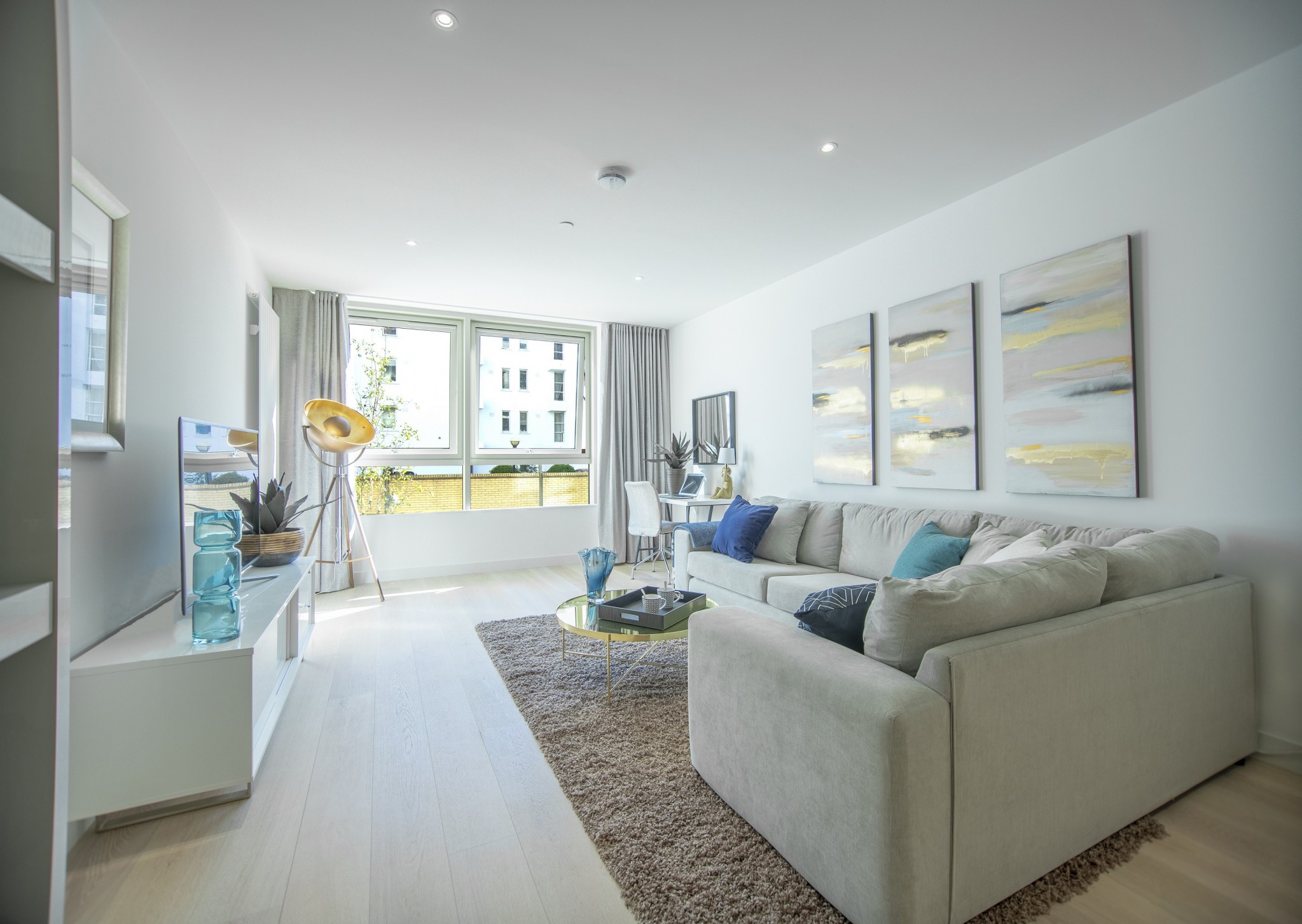 With £3.5bn of redevelopment already transforming the area, the Royal Docks in East London is tipped as one of the capital’s most promising areas to invest. It is set to evolve in coming years with thousands of new homes and jobs, as well as new amenities and transport improvements. First time buyers wanting a location with huge potential should consider an apartment at Traders’ Quarter available through Notting Hill Genesis’ Shared Ownership scheme.

Traders’ Quarter is part of the 40-acre riverside development of Royal Wharf, where a vibrant new neighbourhood is being created with a health club, shops, cafes, open spaces, 3,500 homes and a new pier and promenade on the River Thames.

The wider Silvertown area is the focus of an extensive programme of regeneration that will see a dynamic district come to life, as London’s development focus continues to shift eastwards. Across the whole Royal Docks Enterprise Zone, there is the potential for 35,000 new jobs and more than £5bn of inward investment in the next 20-years.

Purchasers at Traders’ Quarter can choose from a collection of contemporary one, two- and three-bedroom apartments. Choosing to buy with Shared Ownership makes moving a more realistic opportunity for most first-time buyers, who can start by purchasing a 25% share of the property and increase their investment as and when they can afford it, up to full ownership. Owners pay a subsidised rental rate on the portion they do not own, but for the first three months Notting Hill Genesis is waiving this cost as an added boost for buyers.

Jim Munson, head of marketing at Notting Hill Genesis said, “Once the commercial hub of London for international trading, the Royal Docks are now being reborn for the 21st century and an exciting future awaits.

“The area is witnessing regeneration on a huge scale, but at the moment, still offers a pocket of affordability compared to nearby areas such as Canary Wharf. Purchasers at Traders’ Quarter are not only getting a fantastic new home but could also be making a wise investment in an emerging location which is becoming increasingly popular.”

Built in the Victorian era, the Royal Docks were the largest enclosed docks in the world and a hub for trade, becoming London’s principal docks during the first half of the 20th century. As home to London City Airport, ExCel and the University of East London, the area has always been an important gateway for London. The ambitious plans for regeneration now under way and backed by the Mayor of London include significant investment in infrastructure, public realm, arts and culture, digital connectivity and business development.

Transport links are a key part of what makes Royal Wharf attractive to those living in the area. Traders’ Quarter is located a short walk from two DLR stations; Pontoon Dock and West Silvertown, from where Canary Wharf can be reached in 16 minutes. Custom House will become a stop on the new Elizabeth Line, putting Crossrail’s east west connections in easy reach, reaching Liverpool Street in just ten minutes. The new pier will offer a stop on the Thames Clipper riverboat services for those that prefer to commute by water. Work is soon to begin on a road tunnel at Silvertown connecting the Royal Docks with Greenwich Peninsula.

All of the homes available at Traders’ Quarter are carefully crafted to offer spacious, light-filled accommodation with open plan living space. The contemporary, quality specification includes high-gloss kitchens with a range of integrated Siemens appliances, stylish bathroom suites with chrome fixtures and fitted wardrobes to the bedrooms. A selection of apartments also has underground parking. Residents benefit from a concierge service on hand to help 24-hours a day, a resident only swimming pool and fitness suite.