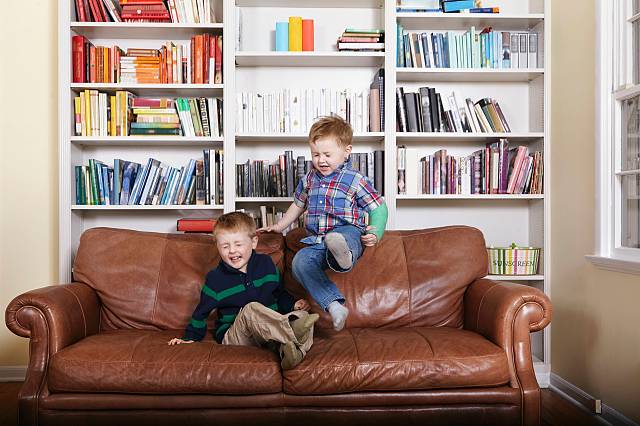 The glitz and glamour of the Christmas period doesn’t come cheap, with presents, parties and decorations all pulling on the pursestrings. Every penny counts over these expensive winter months and many will be searching for ways to bring in a bit of extra cash to cover the costs.

The answer may well be closer to home than people think, with the second-hand industry growing year on year. There are many reasons why someone might feel the need for a clear out, but whether it’s fundraising for a treat or decluttering ahead of a house move, you could find it a valuable process.

To give thrifty Brits an idea of where their house can make them some money and make them think twice before heading to the local recycling centre, regulated property buyer, Good Move has compiled a top 10 list of the most searched for second-hand household items in 2018

Unless it’s a special edition copy or a particularly rare title, it’s perhaps unlikely that a single book is going to sell for a lot, but this one is all about quantity, not quality. In 2018, books were the most searched for second-hand household item, so scan your bookshelves for those unwanted novels and textbooks and get them sold.

With new phone models constantly hitting the shelves, many Brits will have old handsets lying around the home, with fancy upgrades rendering older devices redundant. But just because you no longer need the phone, it doesn’t mean that no-one else would want it, with the iPhone 6 the second most searched for used household item in 2018.

While people are generally against the idea of buying expensive products second-hand, it appears that Sony’s Playstation 4 bucks the trend. The PS4 was the most searched for second-hand games console in 2018, so if you’ve stopped playing yours as much as you used to, it might be worth putting it up for sale – there’s certainly a demand for them.

There’s a lot of interest online in second-hand sofas, with the steep price tag of brand new models often putting people off. Used sofas were the most searched-for second-hand pieces of furniture, so if you have a spare in your house, or are looking for an upgrade, then consider selling rather than just throwing it away.

Cycling is a great way to get exercise while exploring your local area, but if you have a bike and you simply aren’t getting your use out of it, then someone else will. The same applies to children’s bikes that have been outgrown. Declutter your garage and make some money!

The bride’s wedding dress is one of the most important elements of the ceremony, but once the big day has been and gone, just how likely are you to ever wear it again? Rather than letting it gather dust in your loft, take advantage of the huge online interest in second-hand dresses and swap it for cash.

The interest in second-hand games consoles doesn’t stop at the PS4, with its main rival, the Xbox One, also popular in the market. As long as your console works well, it can sell for good money online, with second-hand games also desirable.

Golf clubs – a staple of the British garage. If you’re one of the many Brits who once considered golf as a new hobby, before gradually losing interest, get rid of those clubs and earn yourself some money.

Watches are another good seller in the second-hand market, especially if they are made by a designer brand. Rolexes are the main attraction, with many models retaining or even appreciating in value.

Taking the last place on Good Move’s list is office furniture, with people looking for bargain pieces to kit out their home study. If you’ve got a spare desk or work chair lying around, get it listed online and someone could take it off your hands for a nice sum.

“Our research has highlighted the items which are particularly popular in the second-hand market, so Brits can get an idea about which of their belongings might be worth selling.”