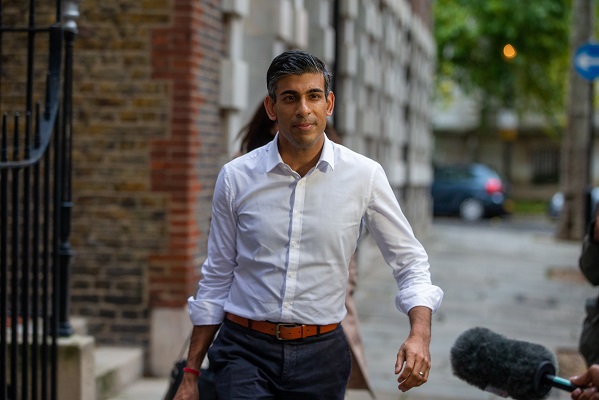 Rishi Sunak has been forced to drop compulsory housebuilding targets in a bid to halt a growing backbench rebellion, prompting Labour to brand the PM ‘weak’ amid criticism he has put the party ahead of national interest.

Michael Gove’s decision to water down the government’s target to build 300,000 homes every year was described as “extremely worrying” by housing campaigners but was deemed necessary to avoid a showdown in the Commons. Last month, 60 Conservatives signed an amendment calling for the mandatory target to be abolished, leading to a Commons vote on the Levelling Up and Regeneration Bill being dropped.

However, the legislation is due to return next week, with opposition to it steadily growing. The housing secretary has now written to MPs promising the target will instead become “advisory”. Gove said he recognised “there is no truly objective way of calculating how many new homes are needed in an area” but the “plan-making process for housing has to start with a number”.

The Department for Levelling Up, Housing and Communities said targets “remain an important part of the planning system”, but the government would now “consult on how these can better take account of local density”.

Concern is building in government and beyond that a softening of housebuilding targets may further fuel the disparity between supply and demand currently seen in the market.

Melanie Leech, Chief Executive, British Property Federation, said, “We have an acute lack of homes in the right places and removing mandatory housing targets will mean that we are further than ever from meeting this need and that young people and families miss out on the opportunity to have their own place called ‘home’. It also beggars belief that fewer homes will be built at a time when the economy is contracting, undermining growth and jeopardising jobs across the construction supply chain.

“Political infighting has been put ahead of the promise to build more urgently needed homes for hard-working people and families up and down the country, the very opposite of levelling up.”

Managing Director of Stripe Property Group, James Forrester added, “This is astonishingly negligent on the part of the government. House building has languished below the required 300,000 annual number since the 1950’s and that’s even with the focus and accountability of local authority facing targets. To remove those targets is to allow the UK’s requirement to dangle in the wind and we now have even less chance as a nation of providing adequate dwelling numbers. It’s a dumb move”.